Back out on Crow Patrol with Dana and Bob Fox under clear skies, wind SW at 8MPH, 55F, and sunset at 6PM. Just after 5:15PM, started out viewing a small mob of Crows on Island Street as they ripped apart a bag of french fries.  The crows had located a leftover bag of fries and took turns grabbing at the bag in the midst of oncoming traffic.  They lined up on a nearby low fence post and rotated efforts to snag the fries! 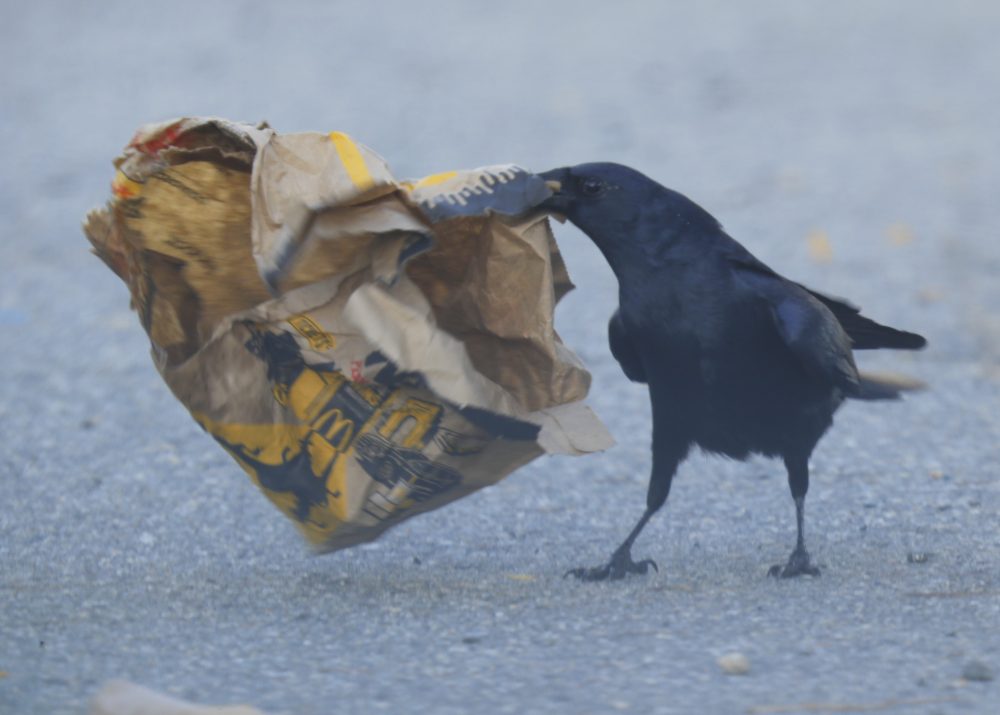 According to John Marzluff, in his book, In the Company of Crows and Ravens, “humans supply a substantial amount of urban crows’ food. There’s nothing city crows won’t order from the menu. They are fond of pizza crusts, hamburgers, french fries, sweet-and-sour-pork, fried chicken, and almost any road-killed animal served up along the highway. City birds can also turn to a regularly stocked garbage can or dumpster, thus requiring a smaller territory than their wild land counterparts.”

Minutes later, had a nice opportunity to watch another nearby Crow feasting on some fresh caught prey.  It was perched atop a nearby utility pole with fading sunlight providing nice illumination.  It was hard to determine what the main course was, but the Crow was fully engaged in picking it apart and putting it down the hatch! 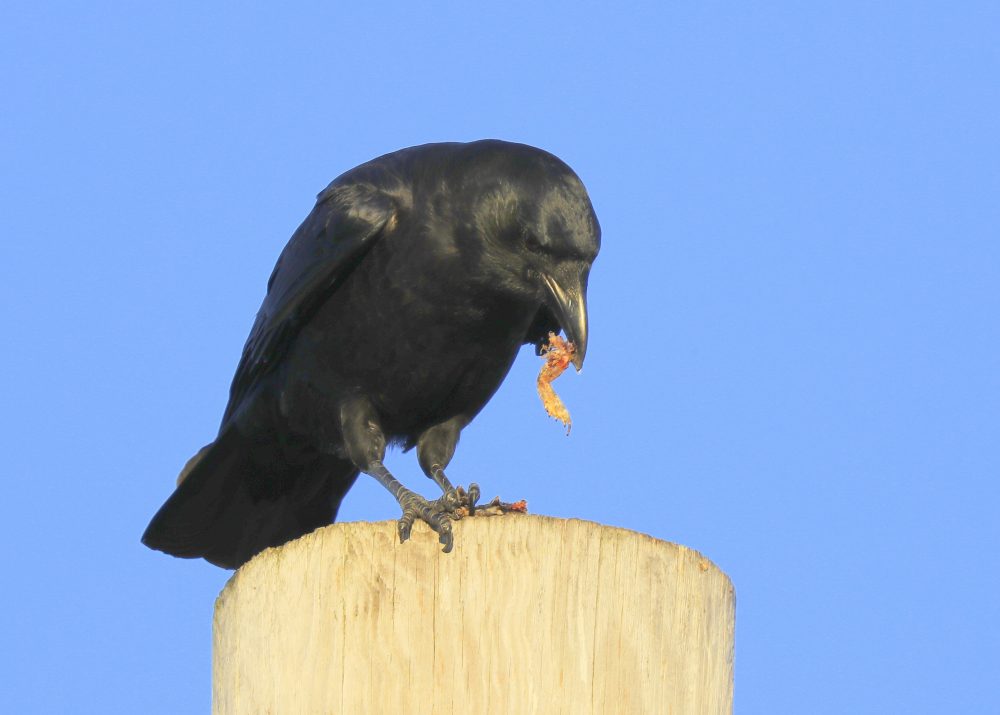 Then on to meet Dana and Bob along South Canal Street about 5:40PM; crows were staging atop the east side of the CubeSmart building and also on the ground below; more groups came streaming in from the south and along the Merrimack River; smaller groups seen staging atop the Mill 240 Building on north side of river;  Fish Crows were perched on utility wires over South Canal Street; again according to Sibley Guide to Birds, Second Edition; Fish Crows “often perch on wires (American rarely does).

The crows perched on the rooftop of the CubeSmart storage building, one lined up after another; they seems to have an innate sense of speccing when comes to rooftop perching; however, in looking at the vertical vines not he brick building, the Crows kept attacking the vines; turns out they were picking some type of berries from the  vines attached to the building….all in all… quite a show! 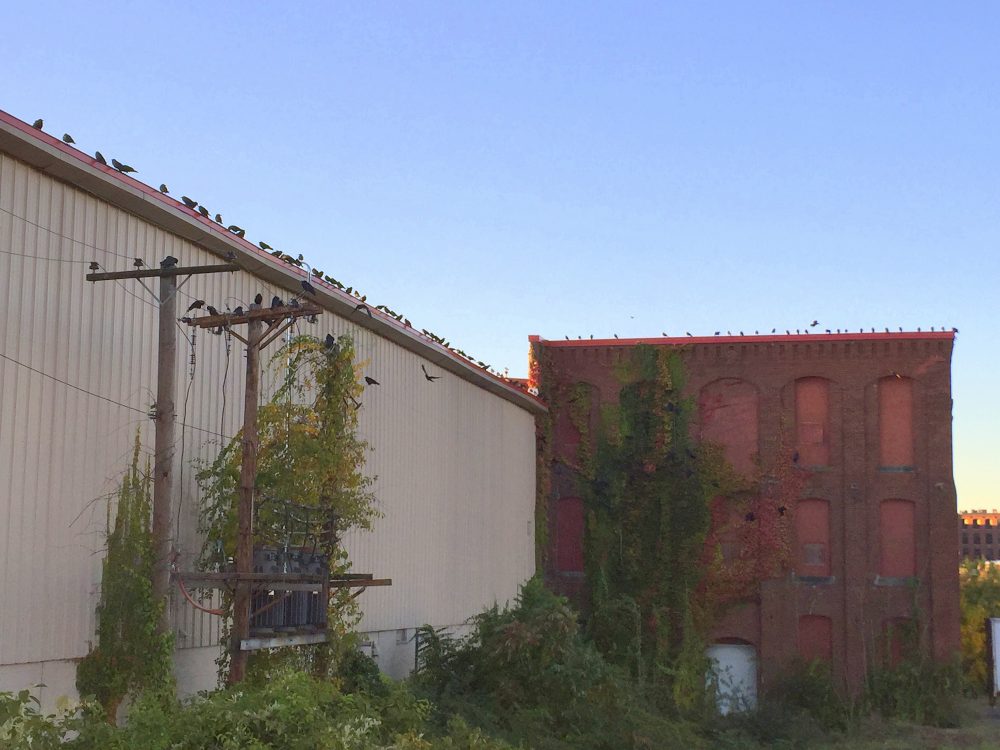