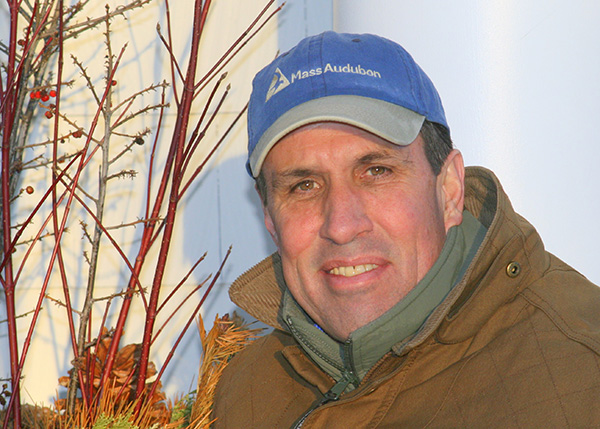 Craig Gibson is a well known bird and conservation photographer. His current focus is on expanding awareness about the Winter Crow Roost in Lawrence, MA, the extended Merrimack Valley area, and Eastern Massachusetts. Craig designed and launched the blog and continues to oversee all editorial content. He has also been the lead on initiating and coordinating a range of activities and events with local arts, education, and community groups as well as working with a growing number of conservation and environmental organizations. He wrote and published a comprehensive 14 page report to recap the 2018-2019 winter season. Overall, his efforts have raised much greater awareness of the Winter Crow Roost, and he has been a catalyst for new citizen science initiatives.

In the fall 2017, Craig worked together in close collaboration with Bob Fox, and his wife, Dana, to form the Crow Patrol in the Lawrence area. Over the past three winter seasons, they have documented more than 250 observation nights, while monitoring, documenting, and photographing the overnight staging and roosting of American and Fish Crows. Craig has made over 275 Crow Roost specific postings to eBird, an especially important data portal for open access citizen science projects around the globe.

Craig worked closely with Cathy McLaurin, Executive Director of the Essex Art Center in Lawrence, MA to establish the “Celebrating the Winter Crow Roost” art exhibit in 2019. The exhibit was a big success with record turnouts and a lot of media coverage. The EAC hosted the exhibit for a second year in 2020, with an expanded group of participating artists. He has worked closely with staff at El Taller Cafe and Bookstore in Lawrence, MA for a Crow-themed art exhibit that opened on February 18, 2020.

On the first weekend in November 2019, Hunt’s Photo and Video, hosted one of their photo walks. Hunt’s Photo Walks are hands-on workshops that immerse participants in different aspects of photography, both technically and aesthetically. This photography workshop, “The Crows of Lawrence” provided participants with background on this winter crow roost, and ways to capture unique and special images around sunset and civil twilight as the Crows converge into the overnight communal winter roost. The Sunday afternoon outing was a big success with Craig serving as one of the co-leaders for the workshop. In an effort to inspire other photographers, Craig recently authored, designed, and published the “Winter Crow Roost: Photography Guide” to help both beginner and advanced level photographers out in the field.

Craig’s Crow photos and articles have appeared in the Essex Art Center exhibition; Bird Observer, the bi-monthly birding journal; a number of Mass Audubon Society publications, the local Eagle Tribune newspaper, the Cornell Lab Bird Academy’s new online course, “Anything but Common: the Hidden Life of the American Crow,” Muse an award winning magazine for students; a feature article in MassWildlife Magazine, a feature article in Bird Observer, as well as in a new Peterson’s Reference Guide book on bird behavior published in Sept. 2020 by well-known author and naturalist John Kricher. Craig was recently profiled in a major article in the Eagle Tribune, Newburyport News, on WBZ Radio, Canadian Wildlife Magazine, and in a front page story in the Boston Globe. He was recently interviewed by Ray Brown on the Talkin’ Birds radio show, and is also a frequent speaker and presenter on the Winter Crow Roost phenomenon.