Out on solo Crow Patrol this afternoon underway just before sunset. First stop was near the Ferris Park, along the Spicket Rver, where many crows were gathering on rooftops, utility wires, utility poles nearby trees car tops and mulling around on the ground. At one point there were pulsing streams of crows coming in from the north east over Prospect Hill and the nearby Lawrence water tower. As the crows came in they joined others and added to the overall numbers with frequent vocalizations both from arriving crows and those that were in the nearby area. The Crows were seen mulling around atop the roof of a white van owned by Groundwork Lawrence, in lower right of photo below 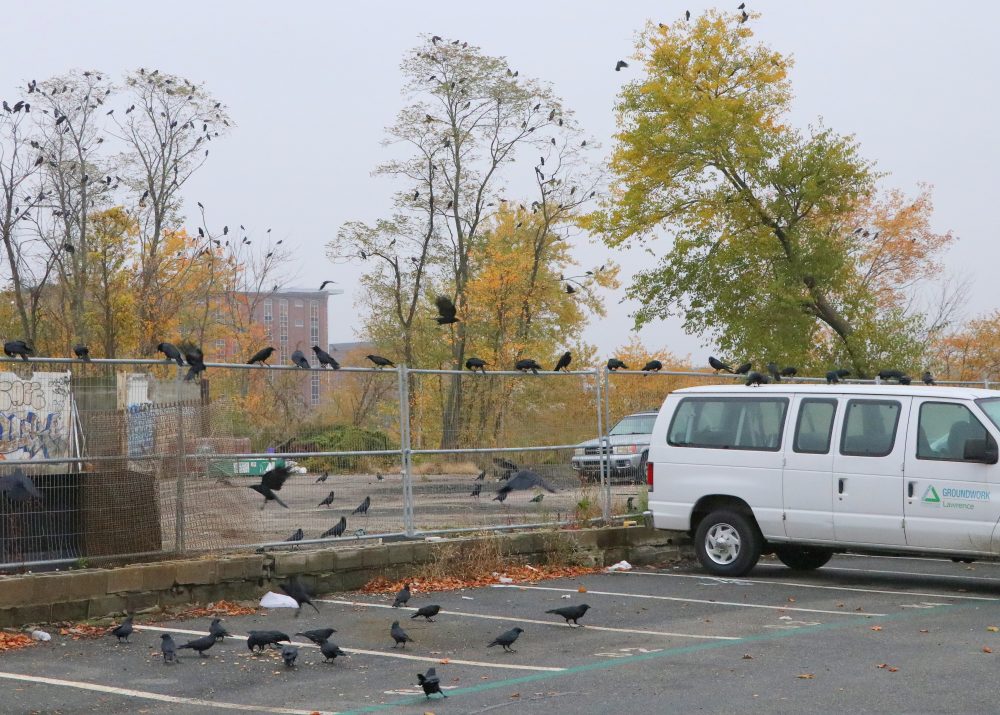 Next stop was behind the 280 Merrimack Street building complex in the ongoing current fenced in construction zone. There were well over 600 crows mostly milling around on the ground with others nearby in trees along the Merrimack River, and at the edge of the rooftops nearby. 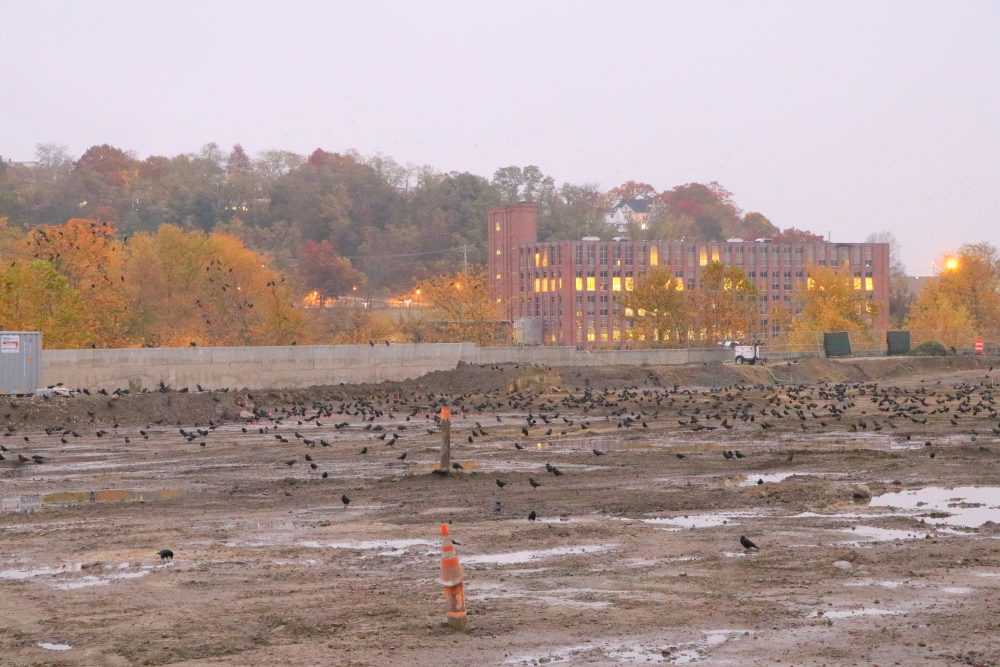 Finally headed over to the south end of the Duck Bridge and crossed out over on the west side with views of the New Balance building, the overnight roost area,  as well as the gently flowing Merrimack River. Many crows were already perched in the roost and over the next 20 minutes, many more arrived into the roost. It was interesting to review the captured images and observe that are among the River Birch and Silver Maple trees along the edge of the Merrimack River that the most of the leaves remain on the trees. After reviewing archived photos from this week at the end of October 2018 notable that things look almost the same! 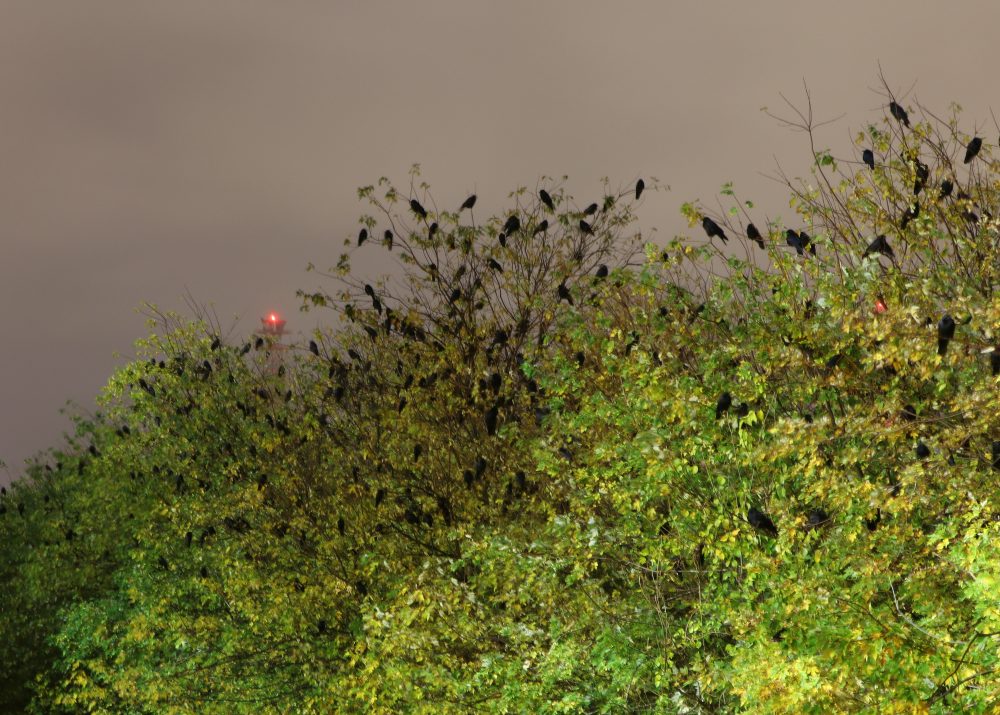