Out on solo Crow Patrol starting minutes before sunset time and for about 30 minutes. Stayed in place on the shore, opposite the roost, on the south side of the Merrimack River, to watch the final staging and roosting process for the night. Large numbers of Crows were seen staging in trees nearby and farther down the south side of the river. At about 4;20PM, just over my right shoulder, a big wave of perched Crows lifted off and headed over the river towards the roost. Photo below. 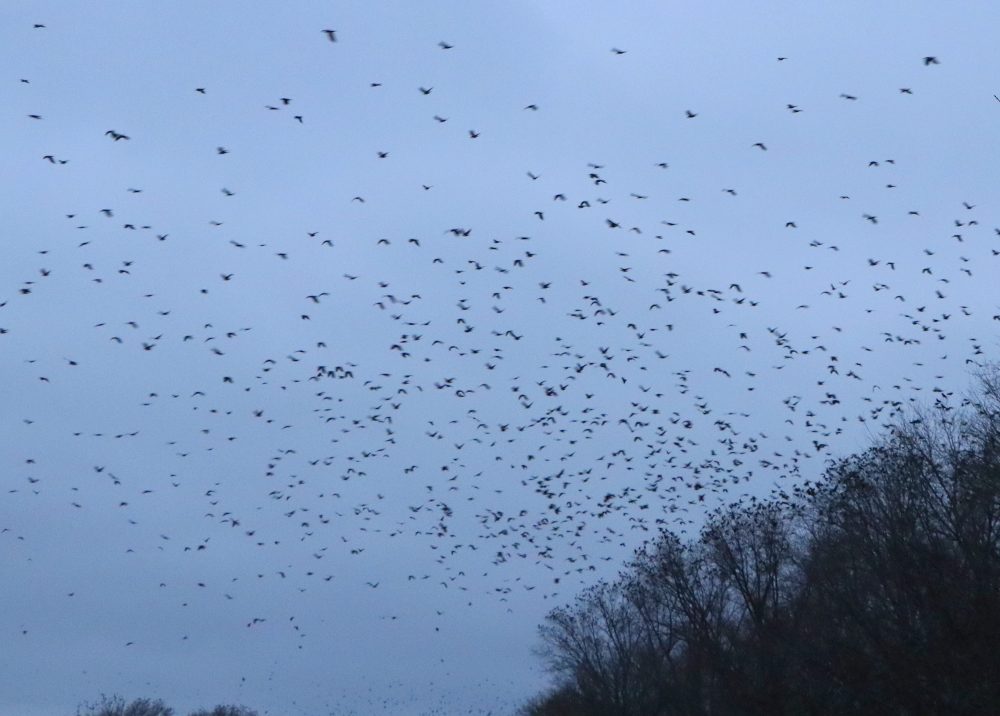 While watching all of the action, once again, had a feeling of total awe at the numbers and the remarkable swirling flight action, with all kinds of deviations until they all settled in for the night. The roosting action started a bit earlier tonight, just minutes after sunset time, likely due to overcast skies; big numbers earlier both into the roost and staging in nearby areas both sides of the river; one unfolding wave after another kept streaming into staging perches as well as into the roost. Most incoming flight action was coming from the east, as seen in photo below, and as has been the case last week plus. 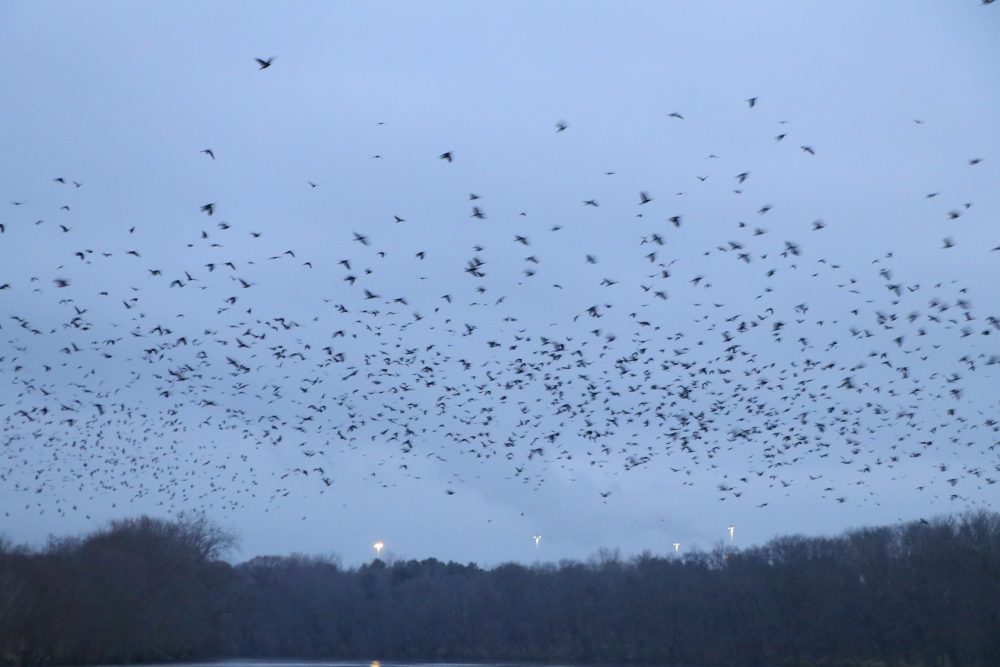 A few times, the Crows rose up in massive airborne swirls, heading in flight both into the roost, and up and momentarily away from the roost.  This created a dramatic cross current of flight action that takes your breath away, as seen in photo below. This view, like others, is from the south side of the river, and looking NE with the Incinerator Road baseball field in the distant background. 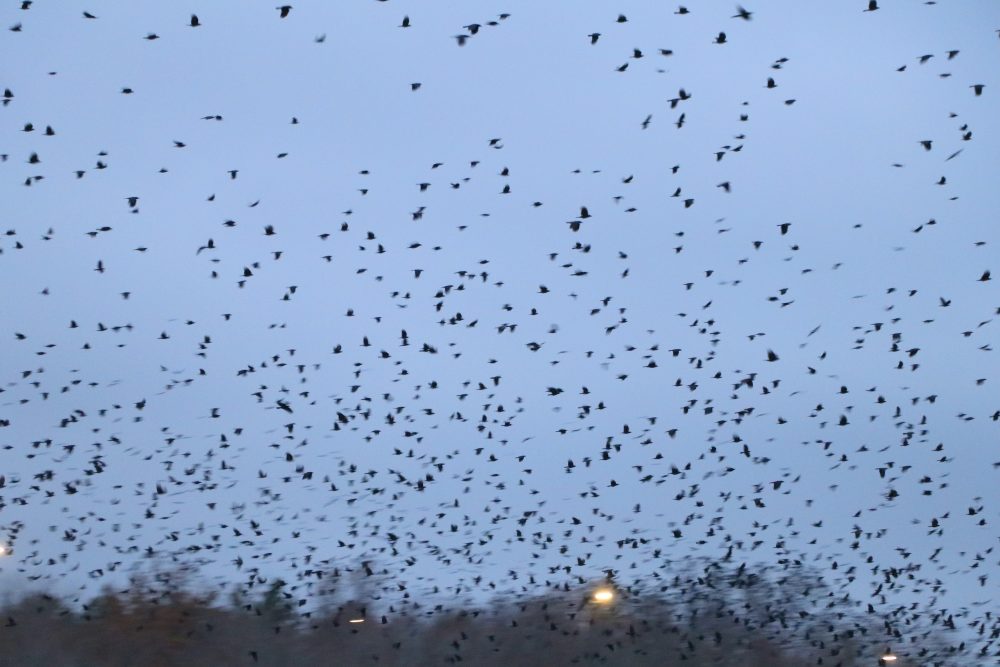 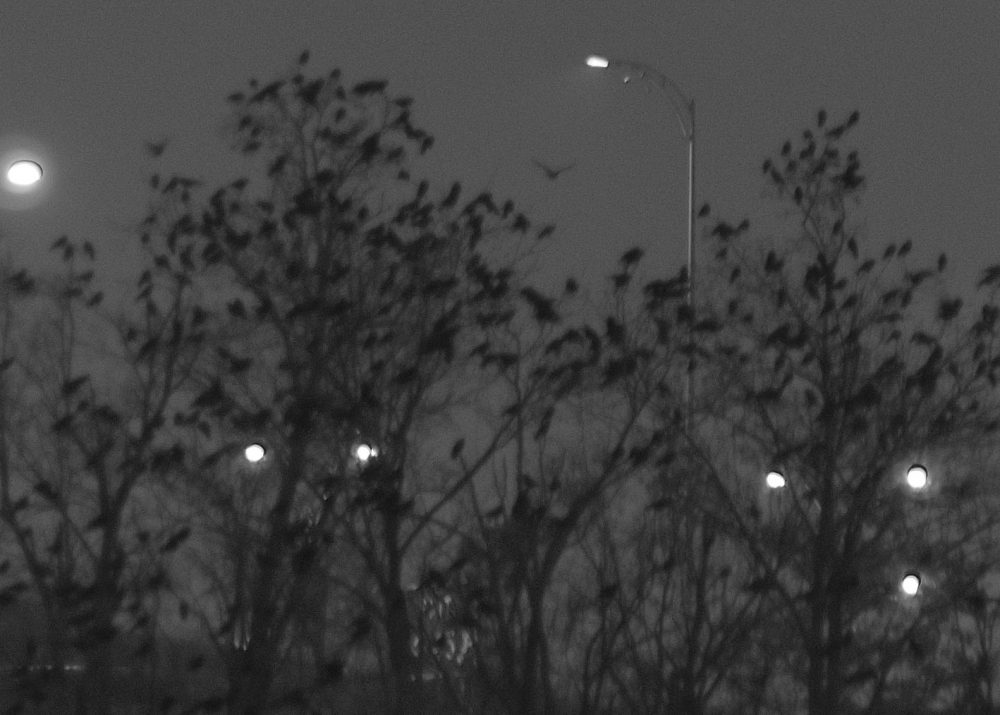 In this final image below, captured about 30 minutes after sunset time, many of the Crows have settled into the overnight roost, with others still flying in, and looking to settle in. The blur motion provides a sense of these flight patterns, especially in very low light conditions, but with ambient background lighting from the bright Rt. 495 highway street lights. The density of the Crows is a sight to see, and the whole process is a total marvel of nature each time!!