On May, 20, 2020, an incoming email arrived from a bird biologist friend on the west coast with photos and questions about a Fish Crow identification. She has a great interest in Crows and has studied many different types of Crows. She has received 3 photos of a Crow and had been asked to help in distinguishing whether it was an American Crow or a Fish Crow….always a fun challenge! 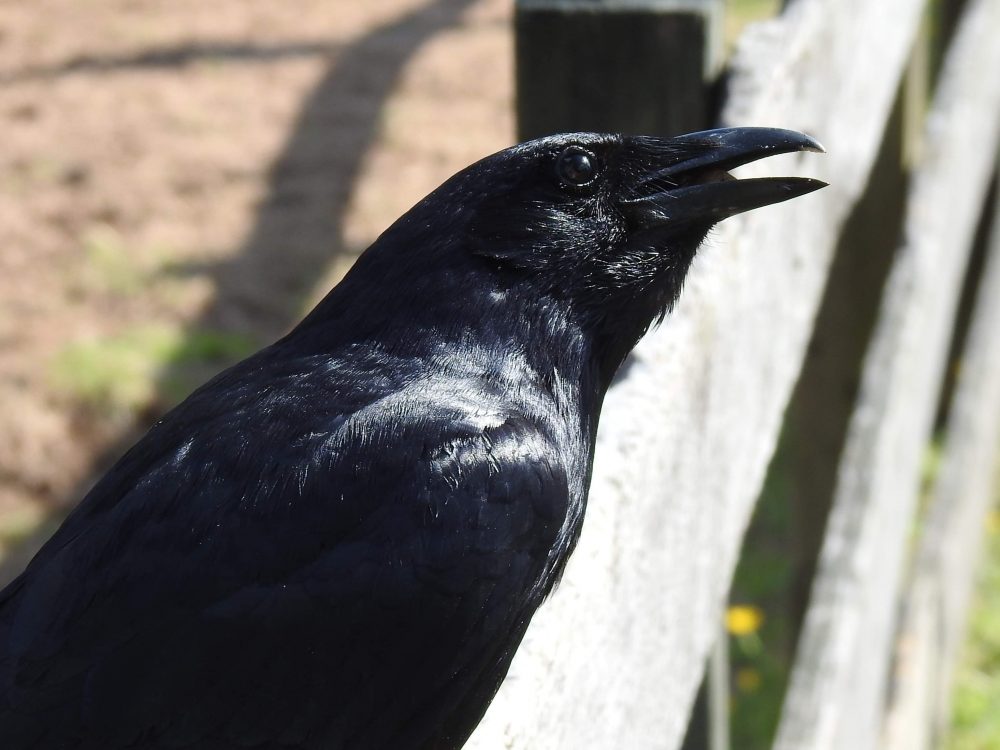 It seemed liked a nice opportunity to reach out and gather input from a range of other experts with keen insights!  Here the feedback from others!

#1: Yikes!  This is tough, as I’m sure you know.  With a gun to my head, I think I’d lean toward Fish Crow because of the glossy appearance (even on the back) without any of the scaly look of an American Crow; also the relatively small appearance of the head and bill, and the relatively short legs, not the long tarsi of an American Crow.  I think my greatest hope would be that there were shells in the chamber of the gun!  Wish I could sound more certain, but that’s the way of crow identification in many case, at least to me!

#2: Can you find out where the images were taken? It looks just like what a Fish Crow should look like and I don’t think the lighting is doing anything to hide features. Here are three shots that show the backs of the two species. Let me know if they don’t come through and I can reduce the size.

#3: That’s a tough one! The pictures certainly look alot like a Fish Crow to me (the middle one looks alot like a Fish Crow. Unfortunately, I’m not 100% certain. There have been times I was almost 100% certain it was a Fish Crow and then it lets out a loud “CAW” and I’m reminded of how humbling bird I.D. can be, even after 4 years of watching. If I was guessing I would say it looks very “Fishy” to me. I see it looks like it’s vocalizing in the pictures, did they happen to hear it? That is always the number 1 way to I.D. The differences are very subtle especially when they’re not calling. Usually what I go off is leg length, American Crows seem to walk much more upright and the tibiotarsus is much more exposed than with Fish Crows. Additionally, if you’re close enough, American Crows have really distinct “scalloped” shaped feathers along their back while fish crows don’t really have them. Some people go off of bill size but I find that hard when you don’t have another bird as a reference (which happens more often than not) same with the posture of the birds. Fish Crows are more parallel to the ground, like a seagull, while American Crows stand more upright with their chests out. If you can get a good mental image of their sizes that is another good I.D. decider. Fish Crows are only about 2/3’s the size of American Crows.

#4: The almost oily-black feathers with no “scalloping” at the edges of the contour (body) feathers strongly suggests a Fish Crow.  I am going to vote for that, although its tarsi appear relatively longer than on some. The “looking at you” picture in particular gives a very Fish Crow stance and overall shape.

#5: I would go with Fish Crow. I think I see contrast between darker auriculars and head feathers on top photo. That’s a good characteristic for me if you can see it.

For those of you with any inputs, please feel free to connect and share your thoughts! Craig@wintercrowroost.com 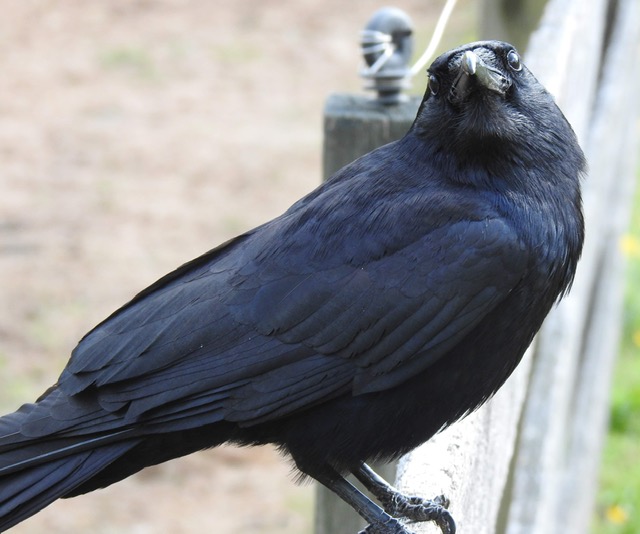