This short time lapse video, taken with an infrared camera, on Thursday, Aug. 6, 2020, shows Young Fish Crows streaming in, perching and moving around, a regular staging area prior to departing in final flight to the nearby overnight roost!

Initial observations from along South Canal St., then from edge of Merrimack River behind Pacific Mills complex, and then over to park next to Mill240 building. The Crows were seen streaming in, mostly in small groupings of 10 or less, from the south and west over entire observation time. Lots of vocalizations and jostling for perch locations in and around general staging area in trees along river and at rear of the truck depot lot. The image below shows the Crows moving around the tree top perch locations. 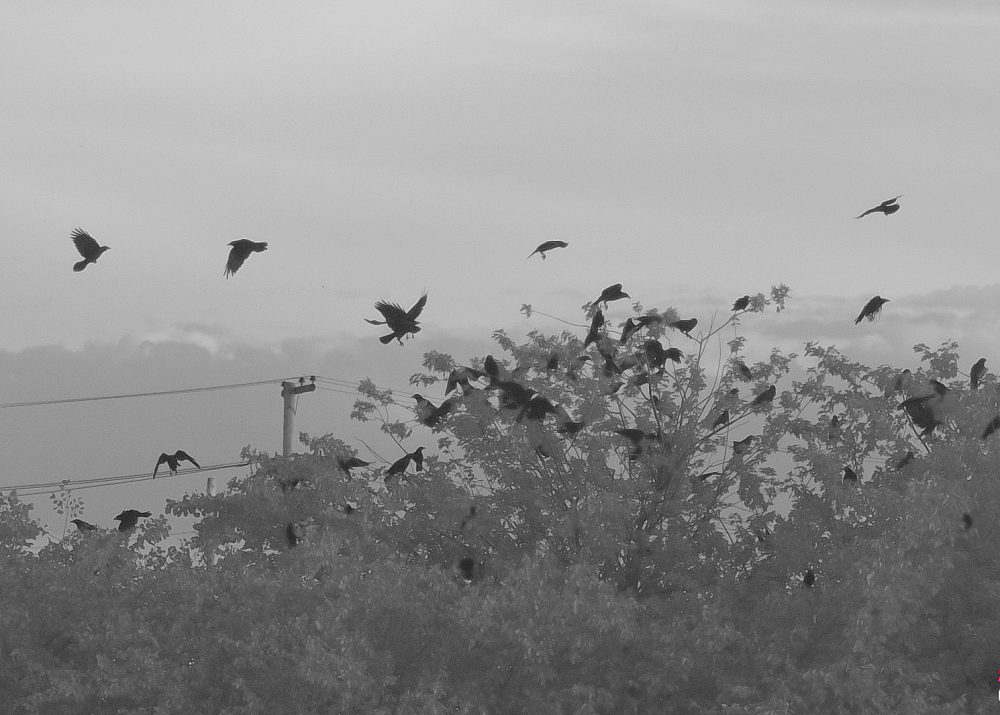 A short while later, the Crows assembled on the roof top edge of the nearby CubeSmart building, about 10 minutes before sunset time, located just to the west of the truck depot! 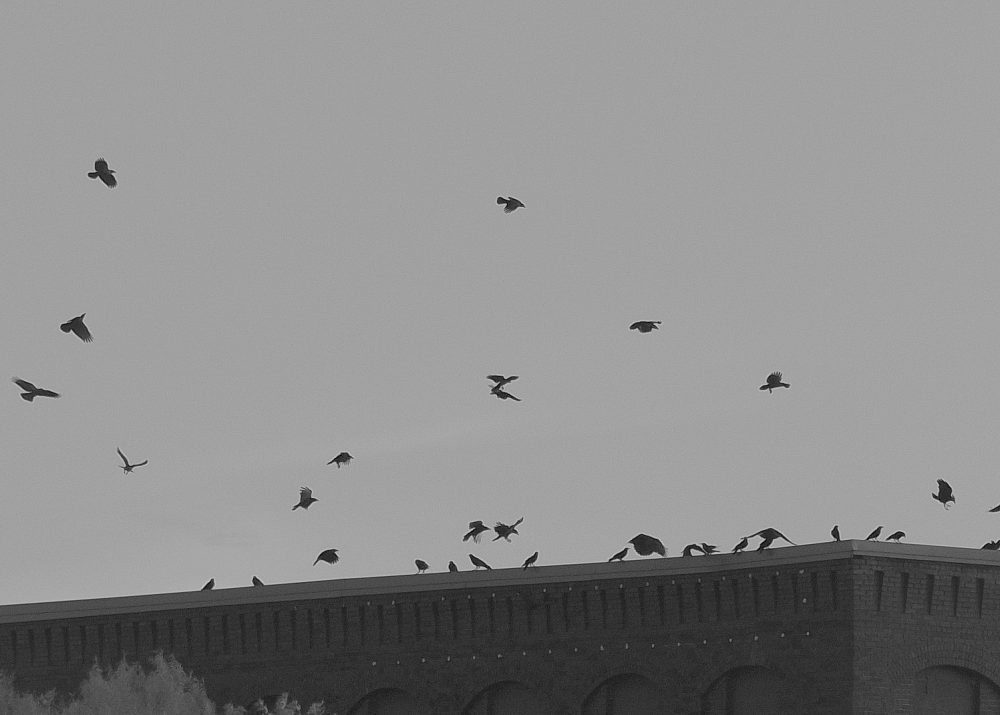 In An unexpected surprise, a Great Egret was foraging along the edge of the Merrimack River and began to fly around the staging area.  It was intent on playing a game of cat and mouse with the staging Crows. The Egret made a number of large circling flights and then numerous attempted landings.  It prompted a lot of added vocalizations from the Crows as well as many chase scenes. The Egret remained untouched by the Crows and then things settled down and back to normal. 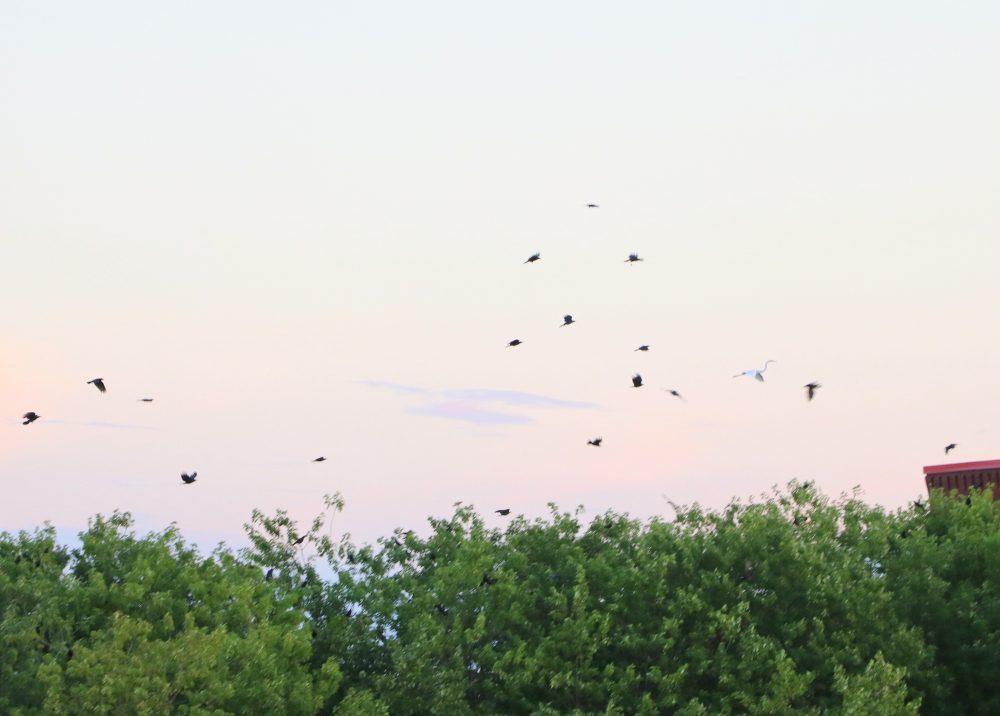 Finally, the Crows made there way over to the overnight roost area by the New Balance building 15 minutes after sunset time. They tend to land and then move under the cover of the outer canopy, so it is hard to seem the Crows accumulate in the roost area. The numbers are a very small fraction of what we see in the roost during the winter months. 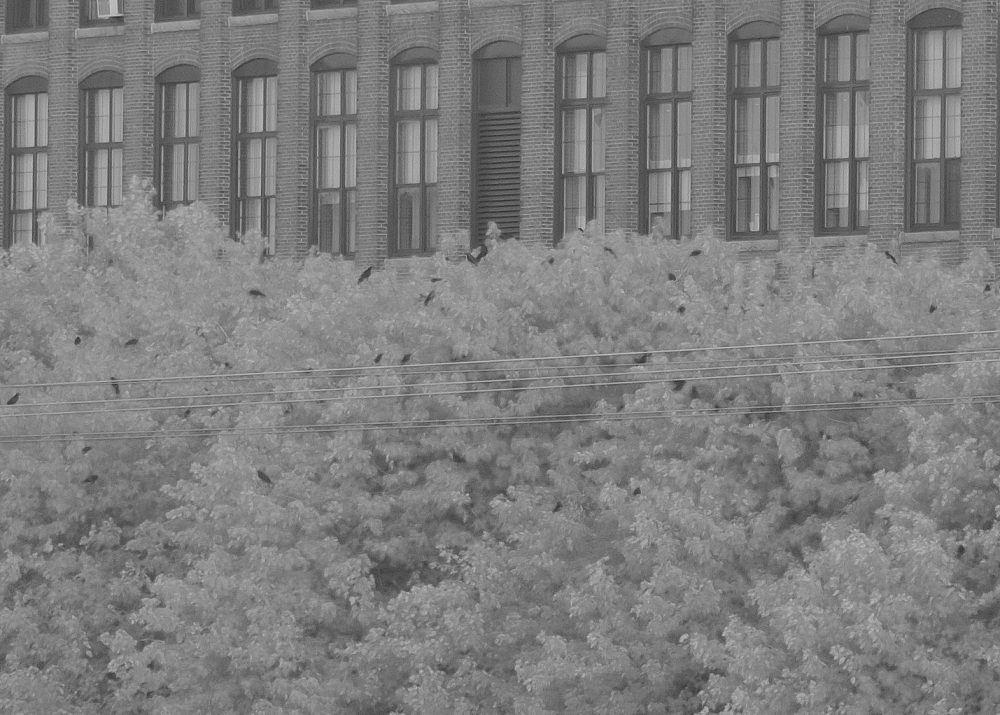