After being way for many weeks, had a nice opportunity to return to Lawrence Wednesday night in an effort to scout out the roosting young Fish Crows. Like last summer, these young Fish Crows band together during the summer months. Unlike the American Crows, they are not known to be cooperative breeders, and refrain from being helpers around the nest. My first sighting was along both sides of the Merrimack River just west of the New Balance complex on South Union Street. a large group of over 200 young Fish Crows had gathered on the ground and on rooftops around the Cube Smart building. They went back and forth in flight to rooftops located on the north side of the river. The image below show Fish Crows on the NE corner of the Cube Smart rooftop. They were vocalizing loudly and moving around in playful motions. 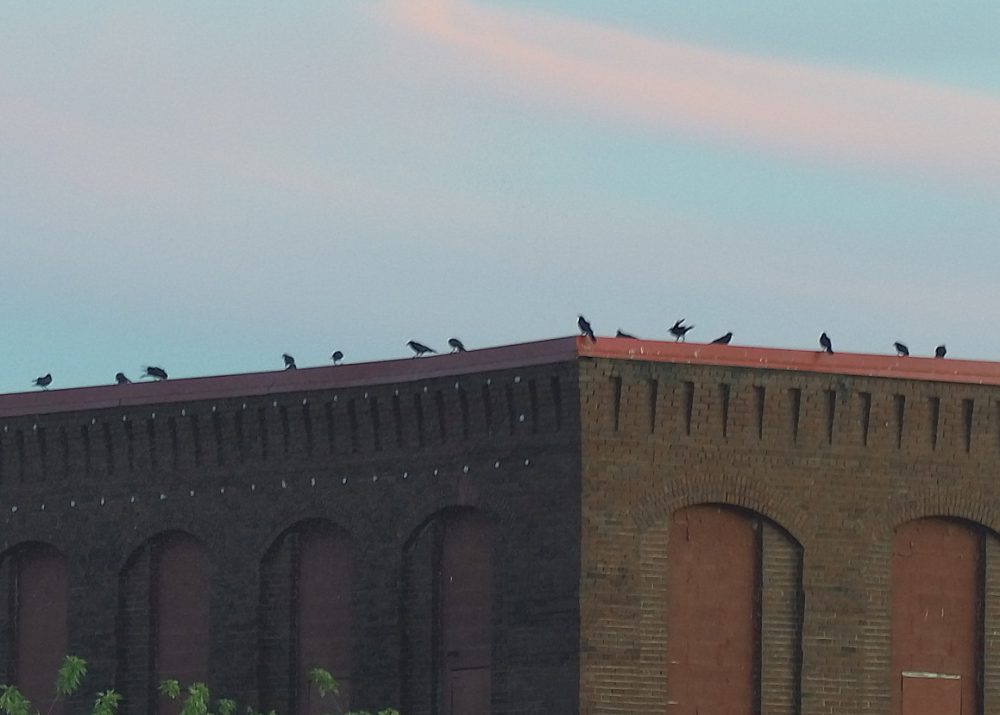 On the north side of the river, they flew in and landed on the Washington Mills Lofts building. Formerly a textile mill, Washington Mills Lofts is now a trendy apartment building taking advantage of the mill’s tall ceiling heights and large windows. With exposed brick and timber framing, the apartments offer modern amenities with nods to the building’s history. The Fish Crows landed and then engaged in a lot of playful flight action. 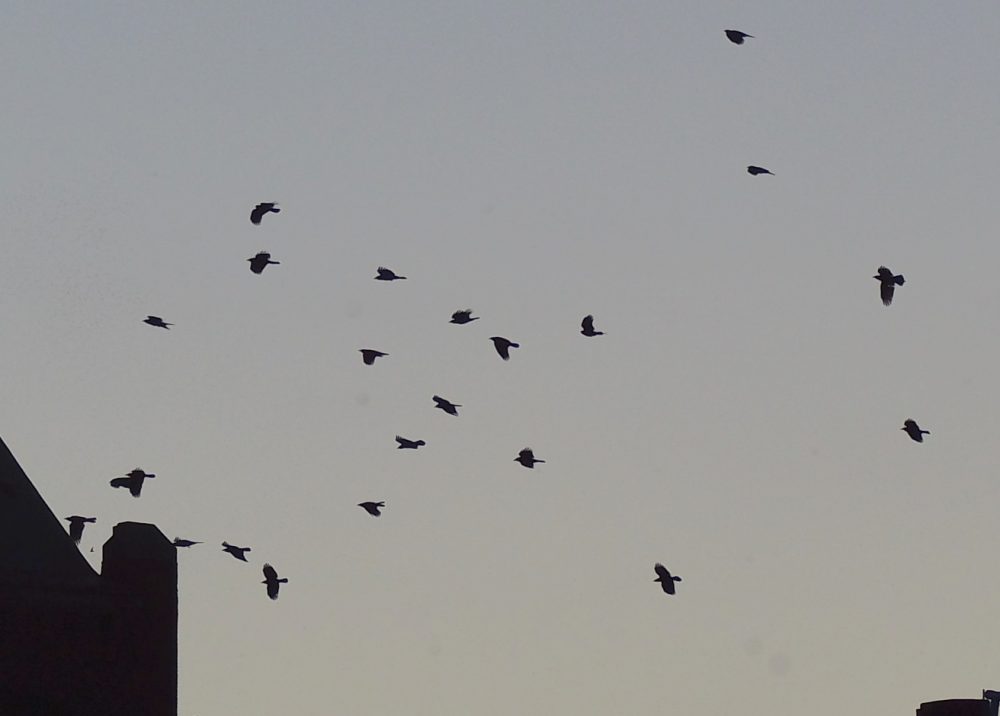 There were large numbers of small bugs in flight along the river edge. About 15 minutes after sunset time, the Crows moved mostly to the south side of the Merrimack River, and started to settle in among the trees along the river by the New Balance building. As they flew into the overnight roost, they continued to vocalize. At first they perched in outer branches, then they started to retreat under the green foliage, to perch locations a bit more out of sight! The photo below shows flight movement towards the roost as darkness began to settle in for the night. 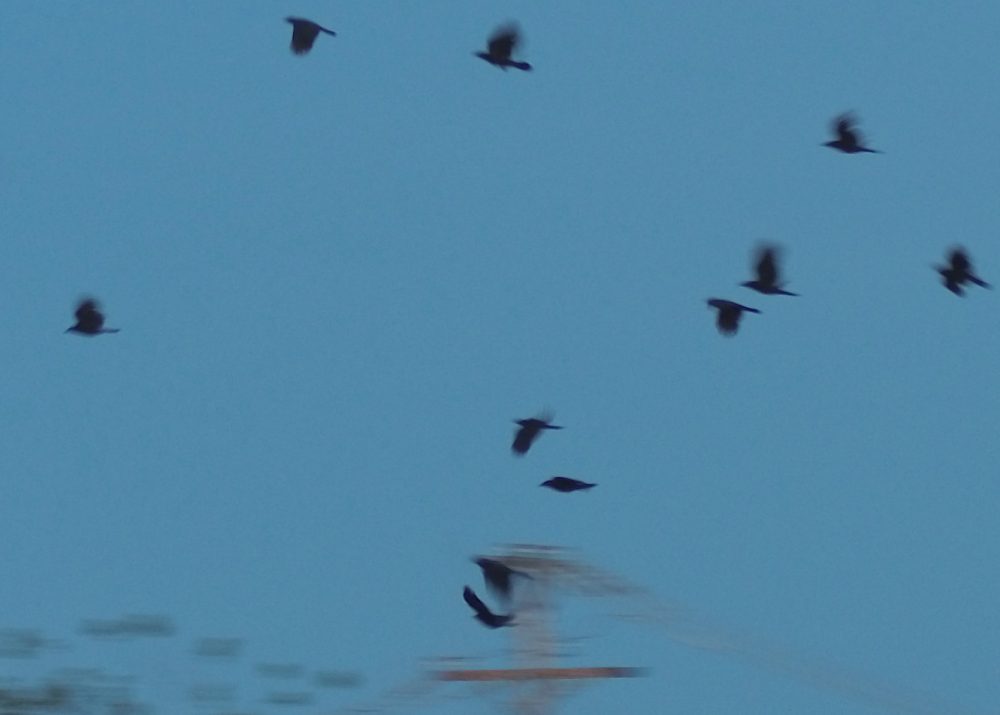 Here’s the latest update on the revisions to the old Fish Crow species account from the former Birds of North America to the revised species account that is now part of the recently launched Birds of the World. In January 2020, the Cornell Lab was thrilled to announce the launch, of another major ornithological milestone, Birds of the World, a marriage of previously discrete resources into one comprehensive and colorful hub.  The exciting marriage announcement: the Cornell Lab has acquired the exclusive digital rights to all the content of Handbook of the Birds of the World. Integrating all these assets with those of BNA, Neotropical Birds, eBird, and Macaulay Library has allowed the Lab to produce an extraordinary new web portal. Birds of the World presents a vast but accessible array of information about every species, subspecies, and family of the world’s birds. Accounts include images, sounds, and videos—plus all the stunning illustrations from the Handbook volumes, maps and animations from eBird, and authoritative text from all of the component projects. They will maintain the site as a living system, engaging a huge network of collaborators around the world to help keep species accounts current with new text, media, updated literature references, distributional changes, and taxonomic updates. True to the Cornell Lab’s founding objective to bridge scientific ornithology with the popular appeal of birds and birding, our newest hub is nothing short of “bird diversity at your fingertips.” We are all invited to take a closer look.

With so many questions about Fish Crows, and limited species accounts to draw from, it raises a number of questions, but perhaps, of greatest interest, what are the priorities for future research? From the revised species account from two months ago, here are the highlights on research priorities: