Observation details: start time 7PM, observed mostly Fish Crows, along with a few American Crows, with active vocalizations, for over 45 minutes from along South Canal Street, with sunset time at 8:26PM. 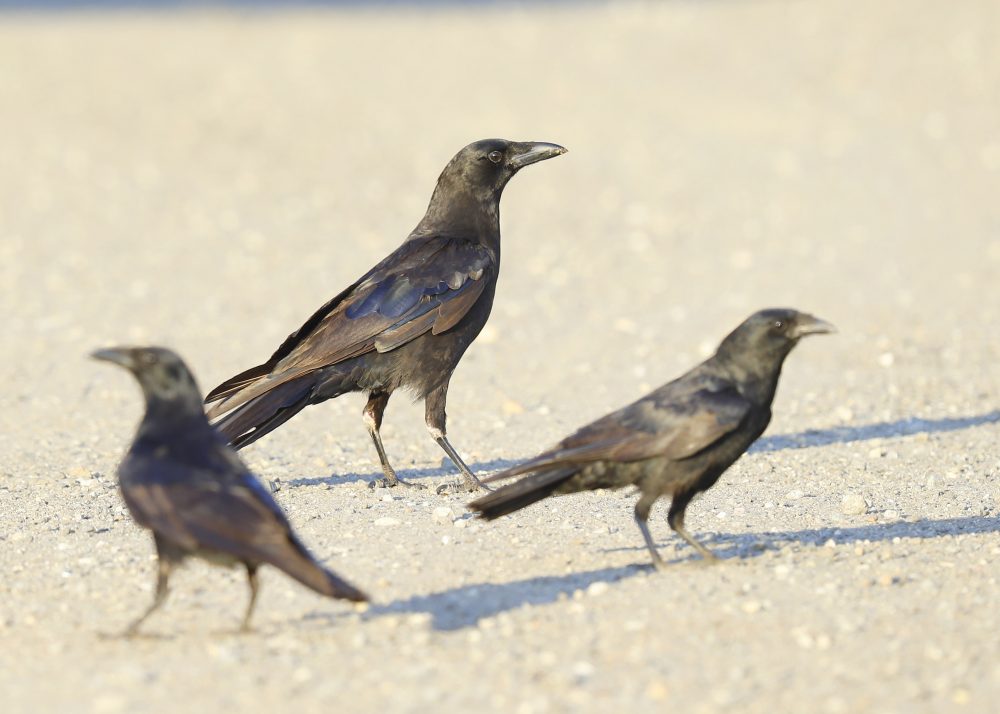 As the Fish Crows were starting to gather, had a chance to throw out some bright orange corn curls. It attracted the attention of the FICRs but they remained a bit hesitant for a while. My SUV provided sufficient cover to shield my nearby presence, but only at a certain level.  Once they were comfortable, they began to fly near and then drop down to the ground. They waited, then approached a single corn curl, grabbed it and took off to a nearby perch. The photo below shows a young American Crow with two Fish Crows nearby. This helps to appreciate the difference in size and stance! 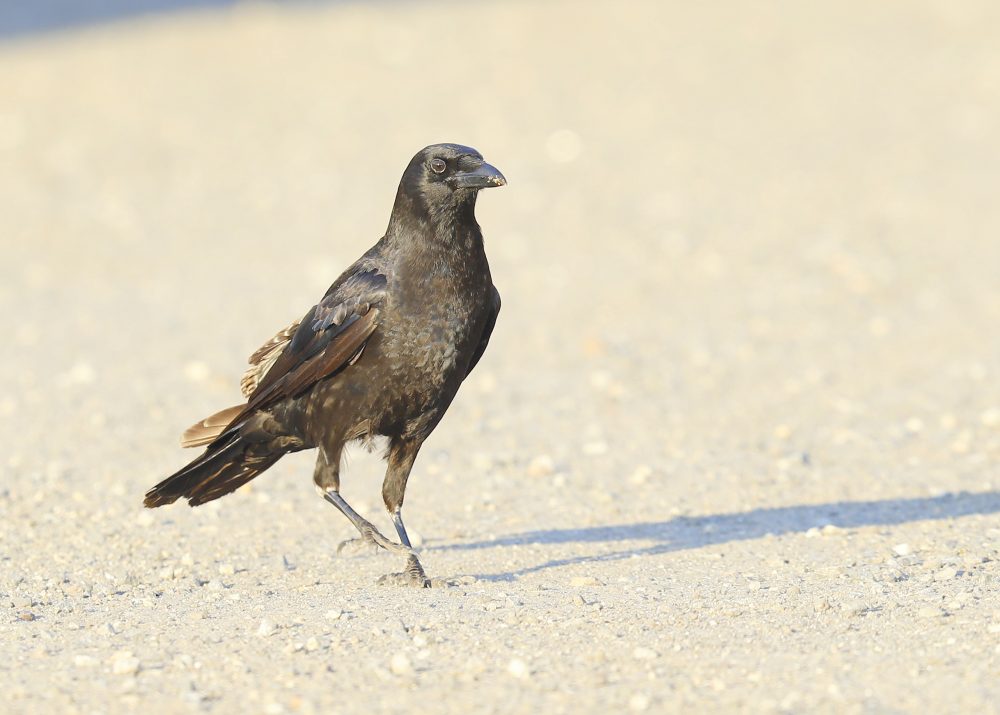 It is always a joy to capture the Crows in late day, low angle light. It accentuates their coloration and plumage, and provides an opportunity to capture an element of catchlight in their eyes, which is rarely seen in Crow photography. Here the bright late day sun was directly behind me and the Crows were obliging my efforts. Again, this is an American Crow with a pronounced upright stance. 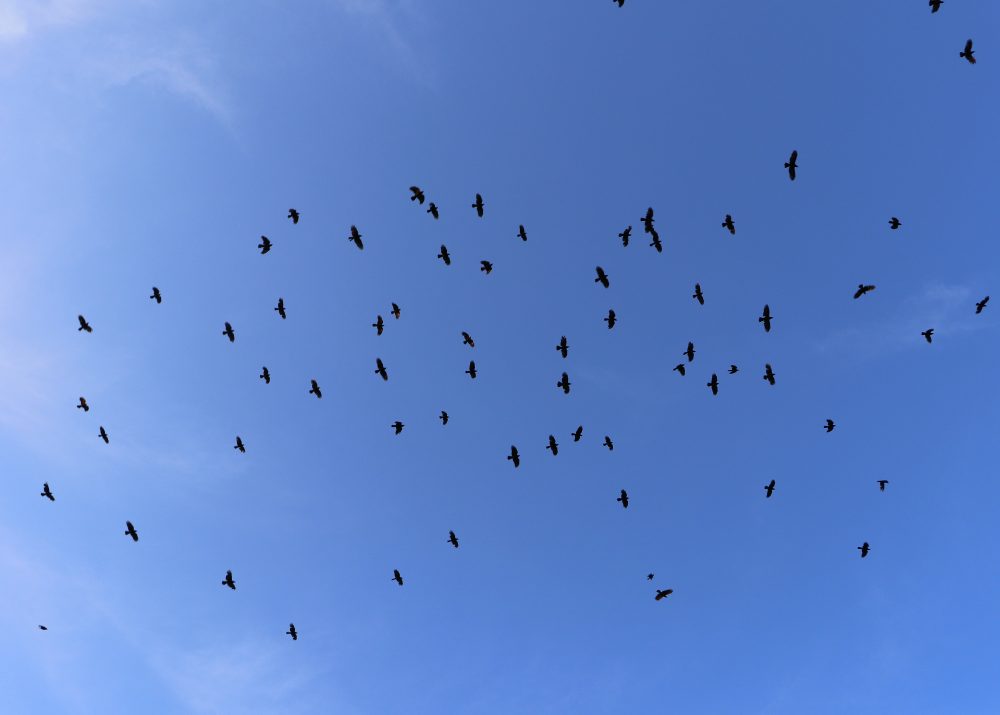 Finally, this last image shows almost 100 FICRs flocking in overhead flight. At intermittent times, they rise up in big numbers to move to a rooftop or wire perch, or to gather in flight overhead before settling down.  One benefit is an opportunity to fine tune an estimate in terms of overall numbers in the group. It is interesting to see how well they interact with the nearby Peregrine Falcon fledglings. One of the hatch year Peregrines was present much of the time, but mostly as a passive observer on the top of a utility pole.