Out on Crow Patrol with first stop to watch hundreds of Crows milling around the field next to the Essex County Sheriff’s Pre-release Center. This facility is located at the start of Incinerator Road in Lawrence. The guard staff was good enough to let me capture a few images, but retained a bit of wariness about my visit! 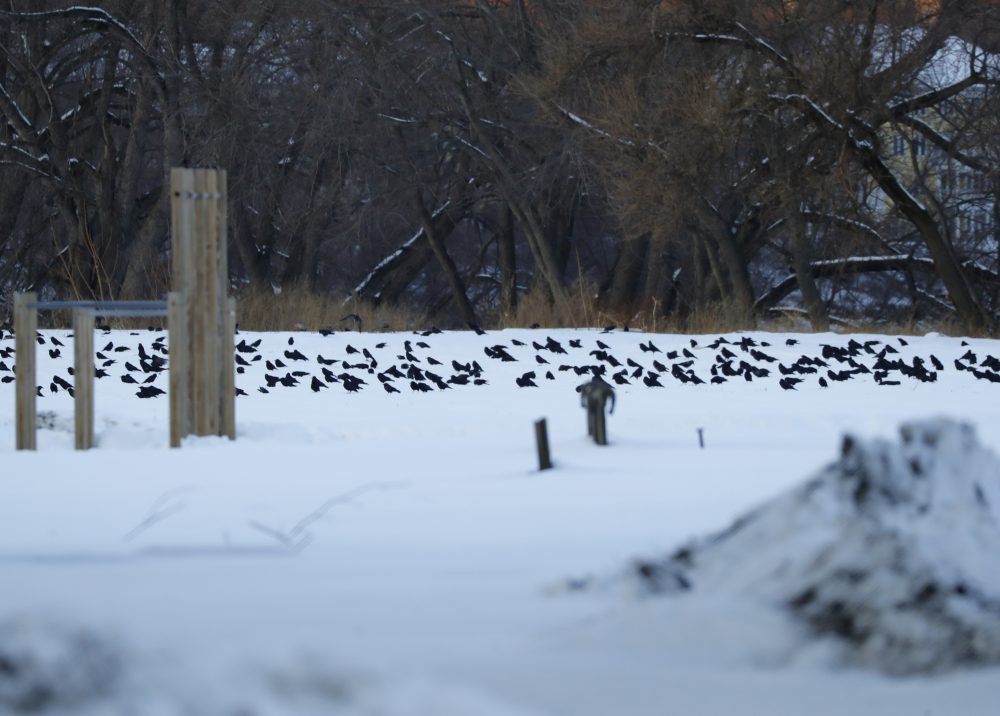 While driving around to south side of Merrimack River, plenty of Crows seen in playful flight around very east end of Riverwalk complex. Moved to observation area along the south shore of the river. A small number of Crows were seen minutes after sunset time, perched atop trees at the Rt. 495 on ramp on Sutton St. This became the final staging area. The sunset sky provided a stunning background with colors and clouds! The image below was captured at sunset time. 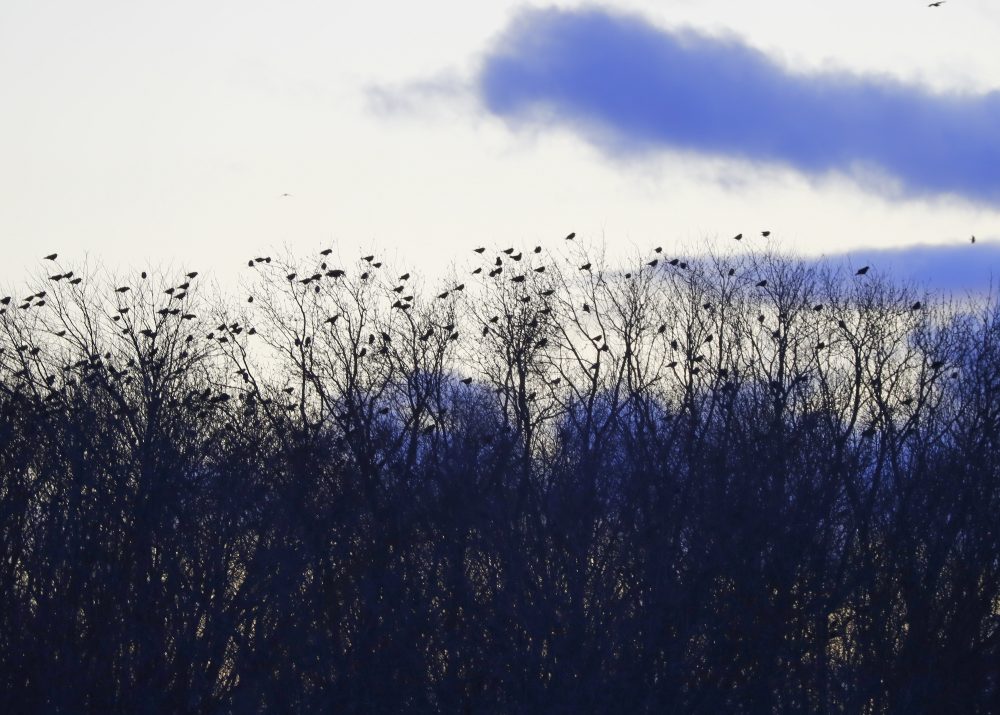 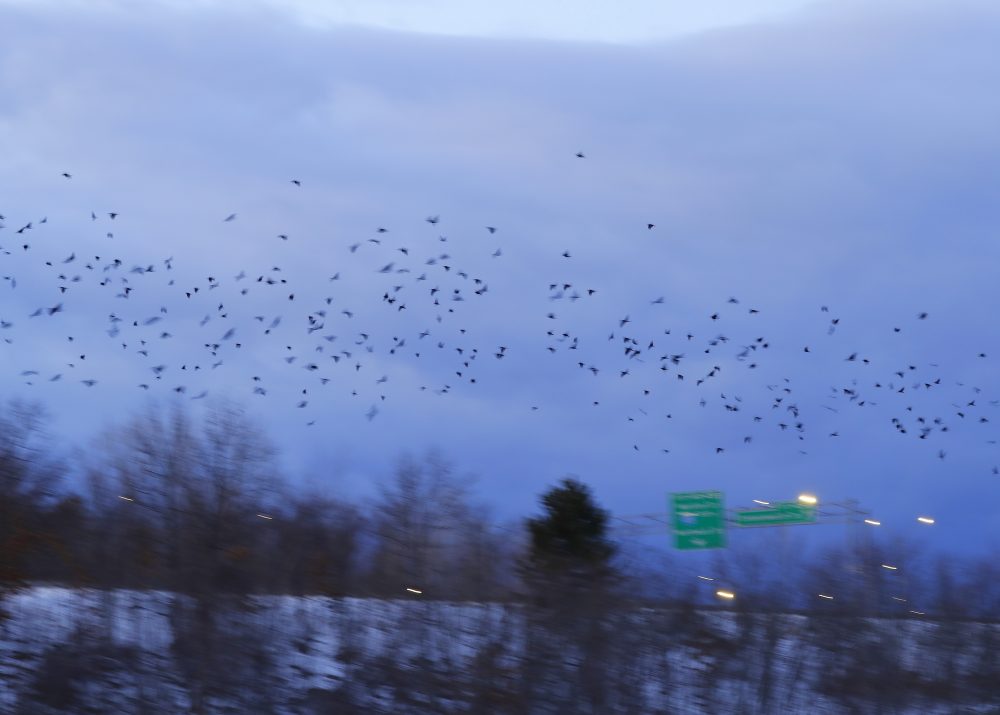 The Crows continued to gather, in bigger numbers, in the trees on Sutton St. by the highway ramp. The image below shows the buildup compared to prior image above! This moment was about 20 minutes after sunset time with fading light and more Crows! 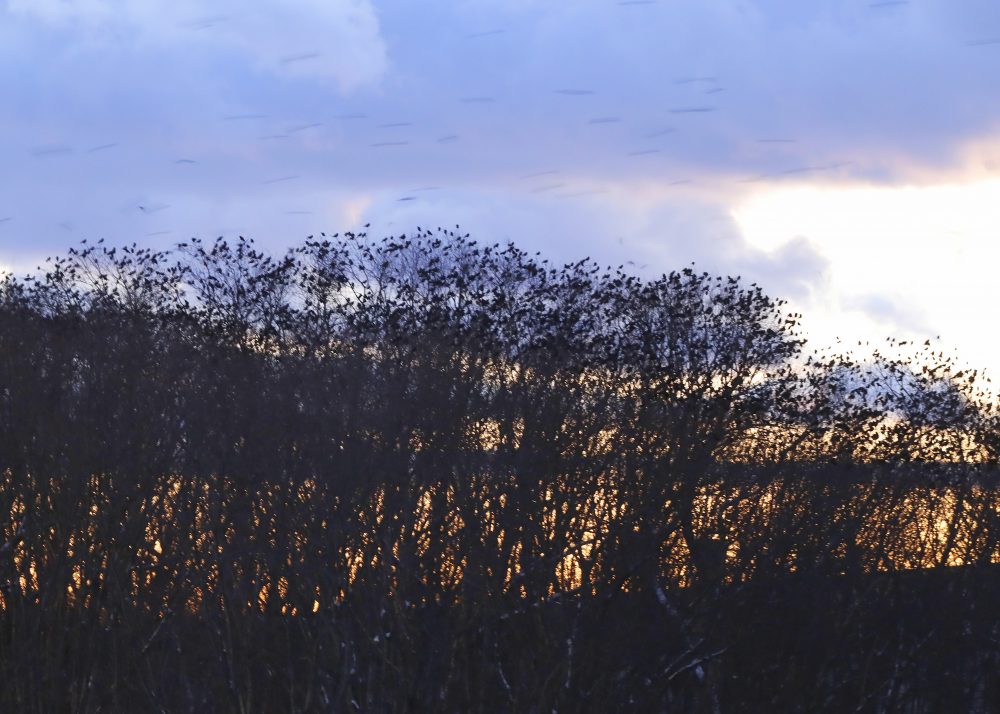 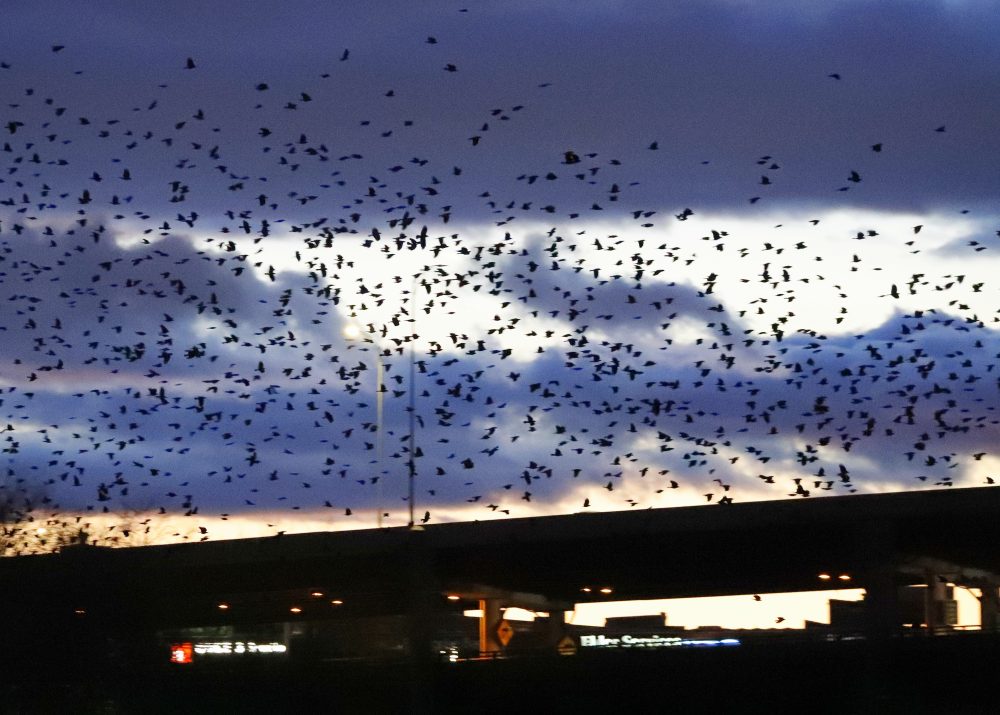 After the false starts and many attempts, the Crows really started to lay anchor at the roost, not all at once, but in growing numbers that only increased over next 20 minutes.  The image below shows them settling into the trees closest to the bridge.  Another remarkable night at the roost! 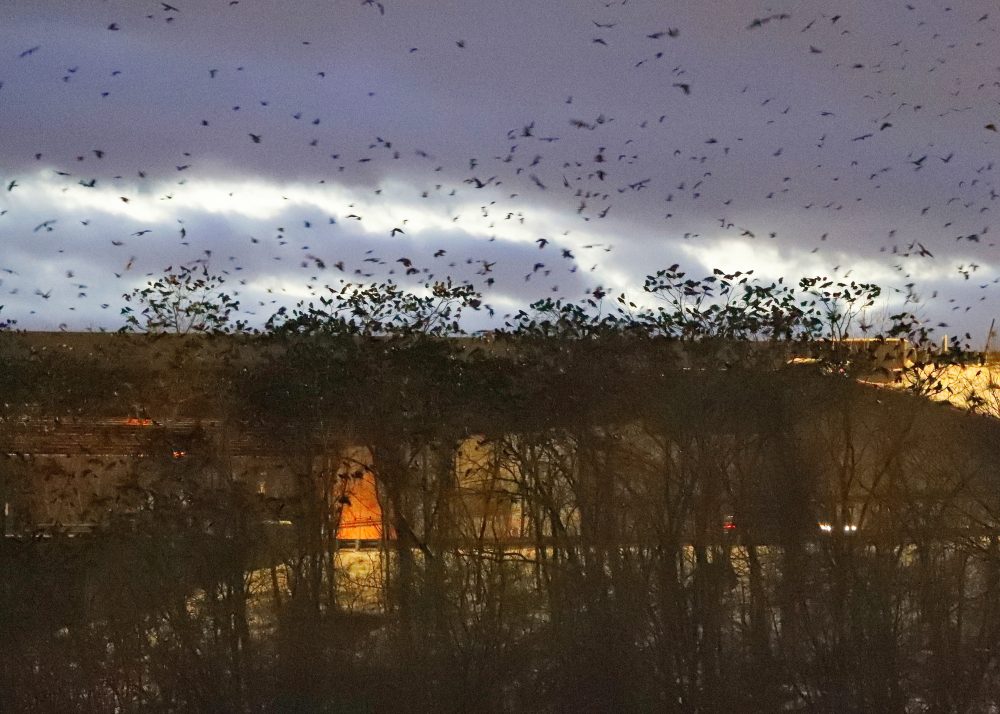