The video shows the Crows streaming and swirling in flight!

Out on Crow Patrol along north side of Merrimack River starting minutes before sunset time. Initially observed Crows mulling around on the grounds of the Essex CountyPre-release Center at start of Incinerator Road. This image below was taken near the guard gate. The Pre-release security staff members are very suspicious of people who stop and take photos! 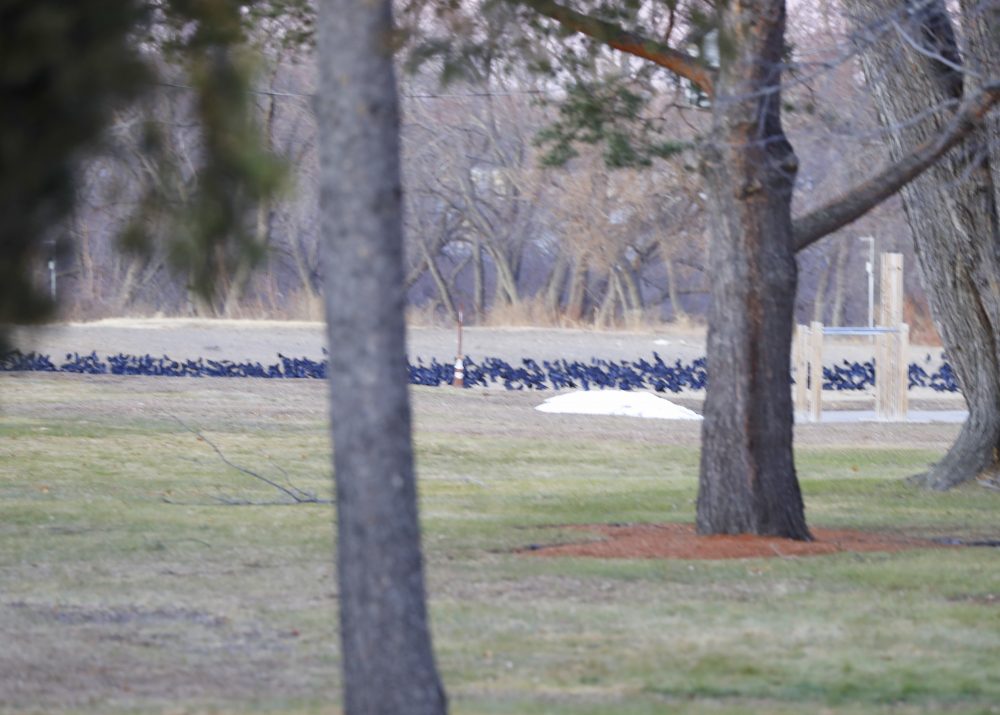 Then moved down to the shore line on the Merrimack River, and scanned downriver. Large numbers of Crows were gathered on the south side for quite a stretch from pump house and then downriver for 1/2 mile. The image below shows the Crows as they departed from their perch locations in the tall trees and began to stream in flight, towards the west. into the general roost area about 20 minutes after sunset time. The show continued for over 30 minutes. 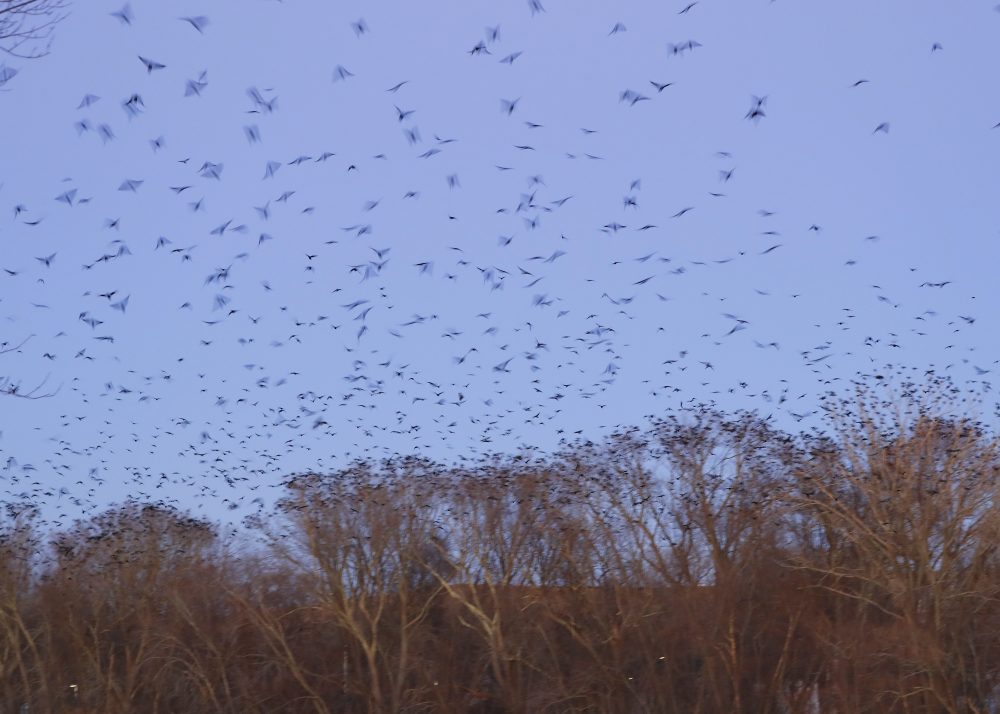 It was amazing to watch the massive swirls of flight action over the Merrimack River. The Crows move in a very synchronized way but not in a tight orderly formation like Starlings. As they launch into flight and move towards the final roosting area, the vocalizations pick up significantly. It makes for a very dramatic scene! This image shows the Crows in flight moving towards the final roost about 25 minutes after sunset time. 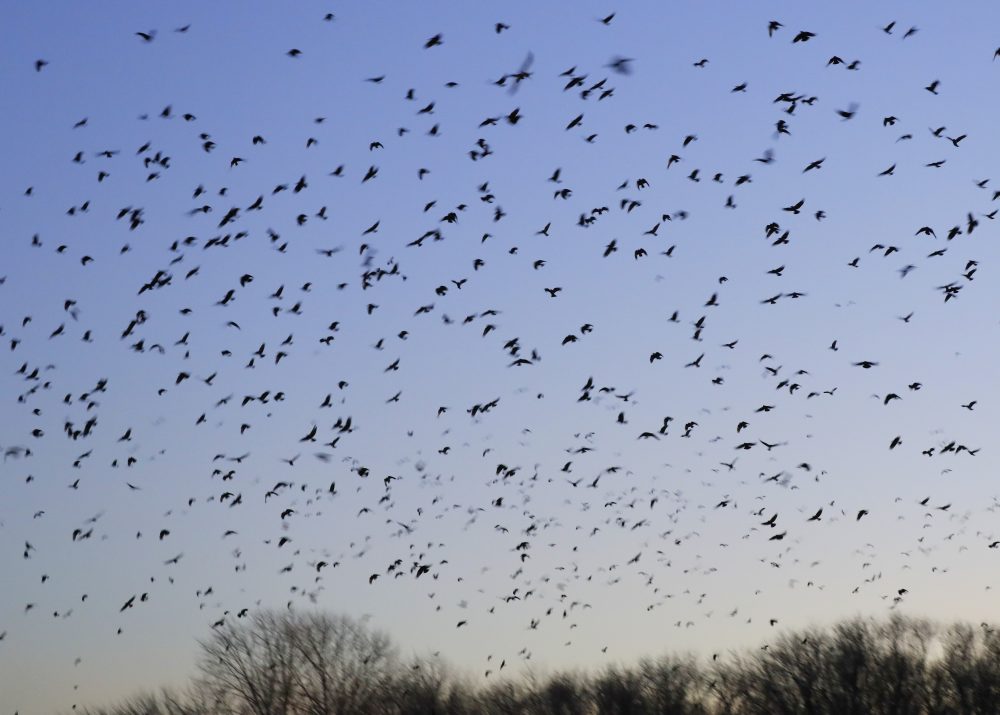 This image was captured about 35 minutes after sunset time, as they skies darkened. This is a group of Crows that had settled in on the north side of the river, and then decided to bail and fly away close to my observation post. They are flying to the east and swirled around before heading to the roost trees. 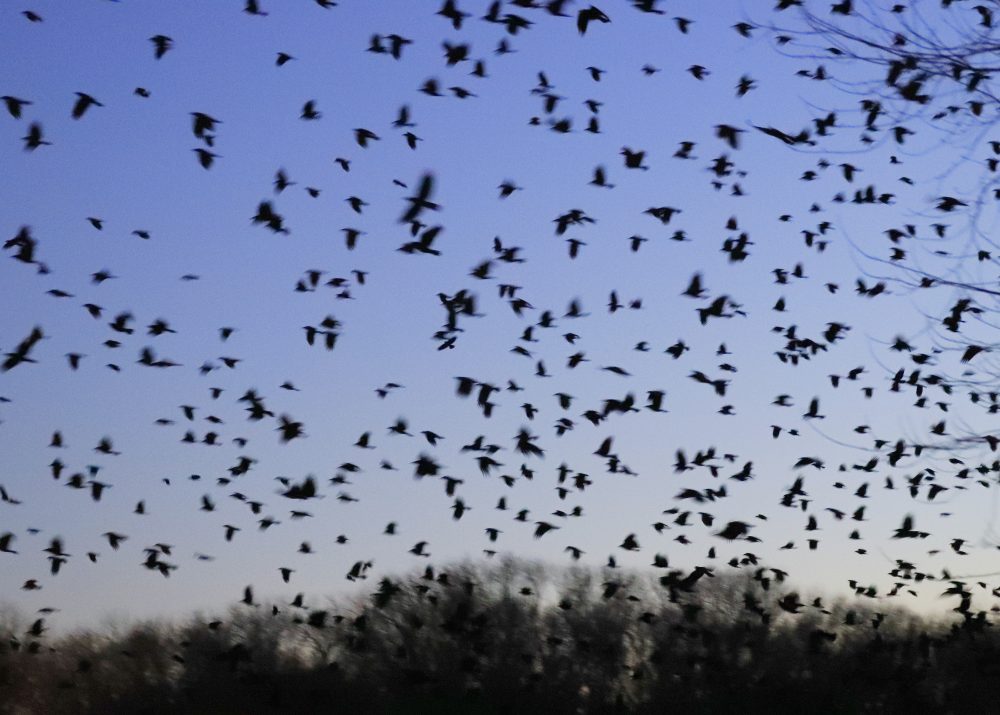 After watching the staging and roosting action unfold, it is nice to take a moment to pause and reflect on the awe and wonder of this amazing spectacle. The action is intense and exhilarating. The dazzling flight action along with the loud calls are riveting in so many ways. Then there often times comes a moment, where the Crows are almost all settled in, just enough light lingers, and there is calm again. This moment lends itself well to taking a long exposure image like the one below. Enjoy! 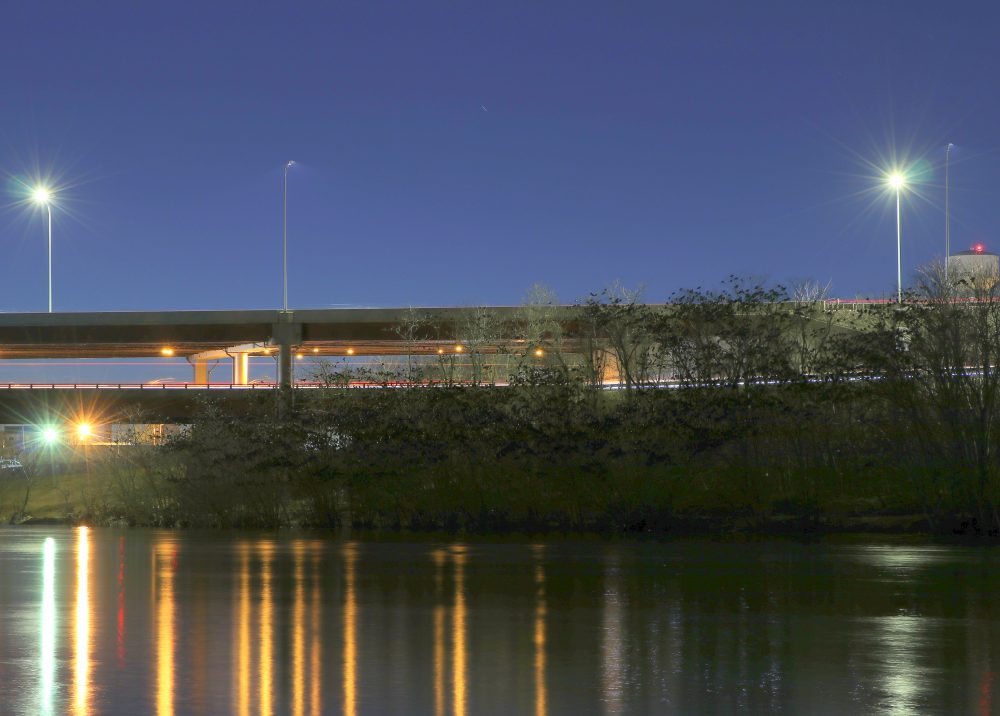 Made final observations at 6:05PM and the Crows were split and roosting on both sides of the river! This long exposure image shows the crows tucked in very close to the Rt. 495 Bridge at the north end. This is a smaller grouping as they are split into two groupings!