Started out on Crow Patrol, minutes before the 4;12PM sunset time, under clear skies, wind from the NW at 16MPH, with gusts up to 32MPH.  Made my way along Marston Street near the Marston Medical Center.  Large numbers of Crows were seen swirling around just to the east of the Medical Center, in the and around the R&R Auto Repair building.  Pulled in behind the building and observed massive numbers of Crows.  Dana and Bob were already out on Crow Patrol, and were parked near the Duck Bridge with an eye on all the action while looking downriver to the east.  The Crows were both perched in nearby trees as well as circling overhead!

About 15 minutes later, arrived at the New Balance Parking Lot C, farther west on Merrimack Street, near Parker St. and the south side of the Casey Bridge. From the back of the parking lot, and looking east along the back side of the B&D buildings, the views allowed an opportunity to observe the Crows arriving mostly from the SW, and many landing on the roof area.  The timing was just right as a westbound train came along, and blew its horn loudly, sending the cautious Crows spiraling into a Crow cloud above, before settling back down a few minutes later. 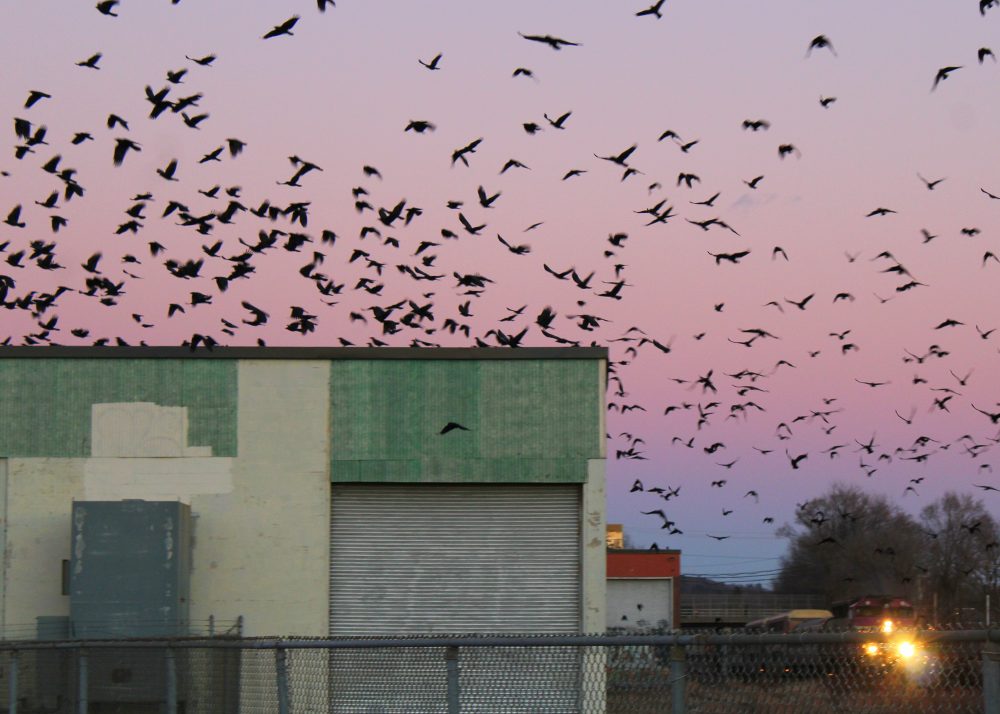 The cover photo shows tracking the movement of the Crows over Merrimack Street with the Ayer Mill Clock Tower in the background!  Ten minutes later, made a move over to the top of the McGovern parking Garage for a look at the assemblage of staging Crows atop the long east/west B&D warehousing roof; quite a sight to see so many Crows side by side, and tightly packed together!  The first photo shows the staging Crows and the second photo shows a close up view! 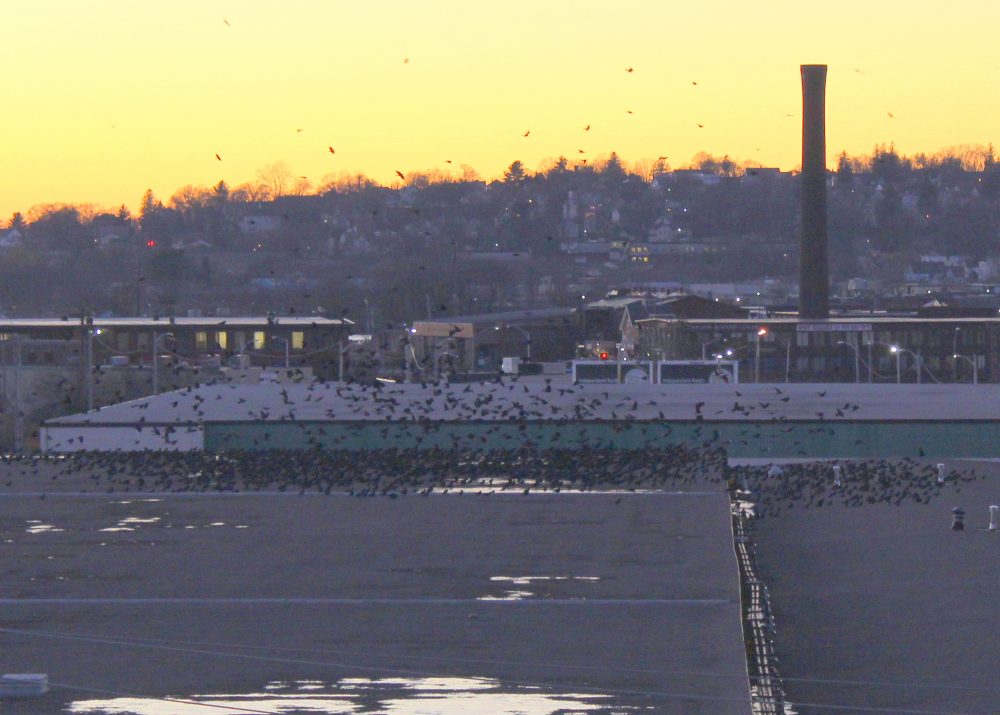 This final photo was taken about 30 minutes after sunset with golden colors in the background and the Crows heading over Merrimack Street to the final roost! 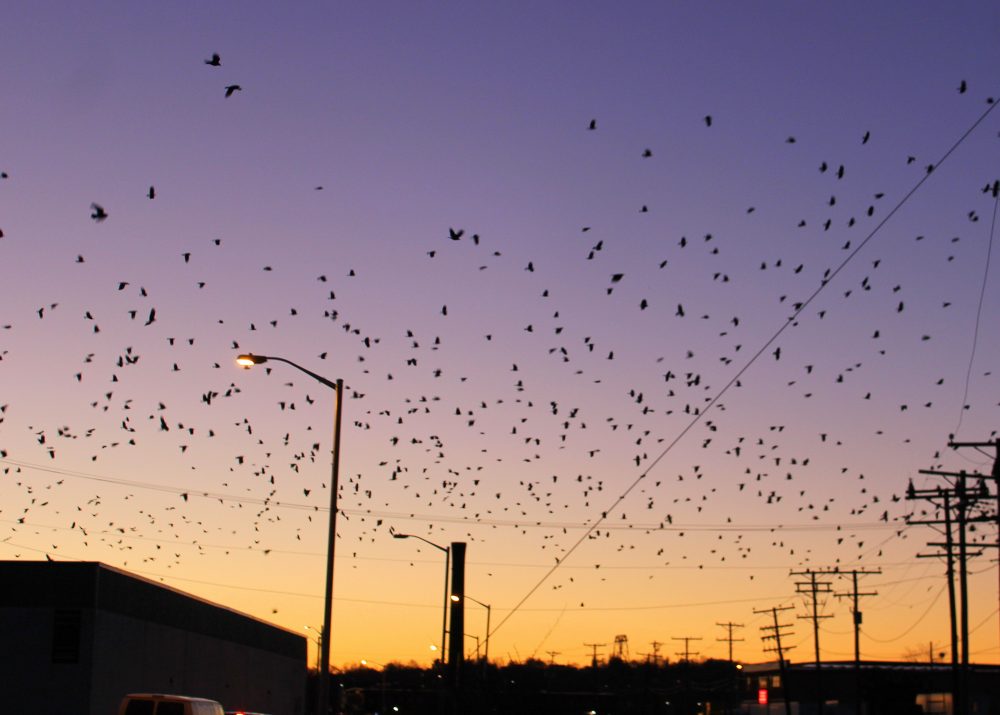