Out on Crow Patrol with Bob and Dana, first time in a while that we were able to be out all together! Met up while we were all searching for staging concentrations on both sides of Sutton St. in North Andover between the main entrance to the Airport and Charles St. After careful scanning, discovered over 1000 crows on  the open fields of the Lawrence Municipal Airport, to the west of the control tower. This has been a consistent staging area over past few weeks. 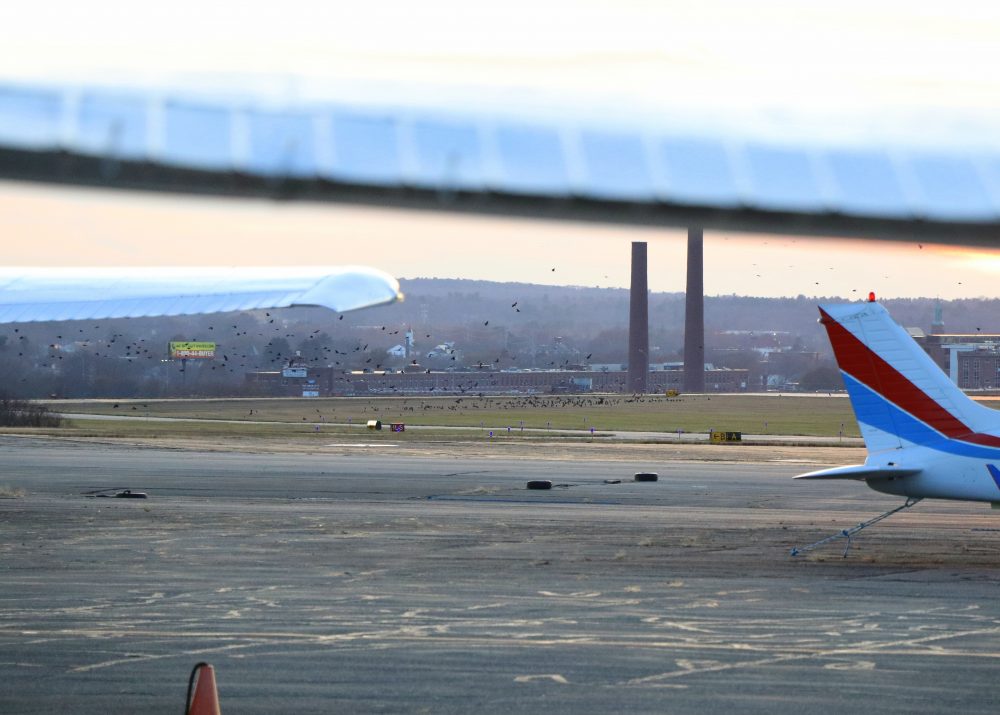 Crows are being seen nightly in open areas at the Airport. The Crows basically hopped and skipped into larger groupings just below the Airport.  In two cars, we had time to observe the Crows as they gathered in these larger number at the far west end of airport, but also in trees, along the streets that run perpendicular to Sutton Street, especially Matthews Way. the crows were lifting off in large plumes and settling back down, often times stirred up by another small plane taking off.  The Crows then moved in larger numbers down along both sides of Charles St. as they were making their way to the final roost, minutes after sunset time. Here’s an image of the Crows in flight over Charles Street. 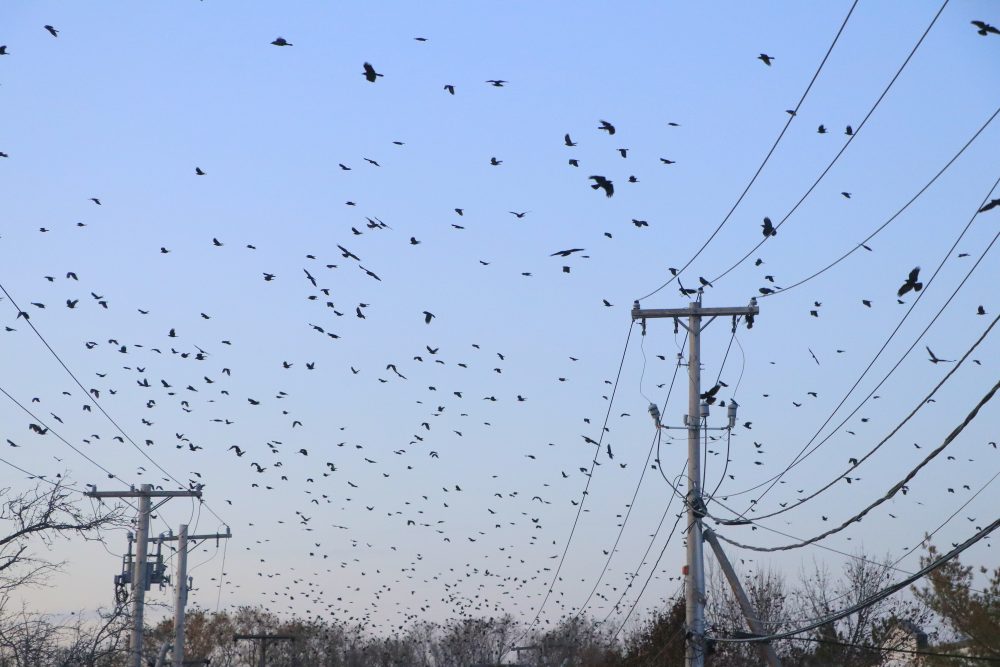 The next major movement with even larger numbers took place about 12 minutes after sunset.  the crows in big numbers perched in trees, mostly along the south side of the Merrimack River from the pump station all the way down to the Wastewater Treatment Plant. In major surges, they moved in flight over the river and into trees on the north side, inching closer to the final roost. 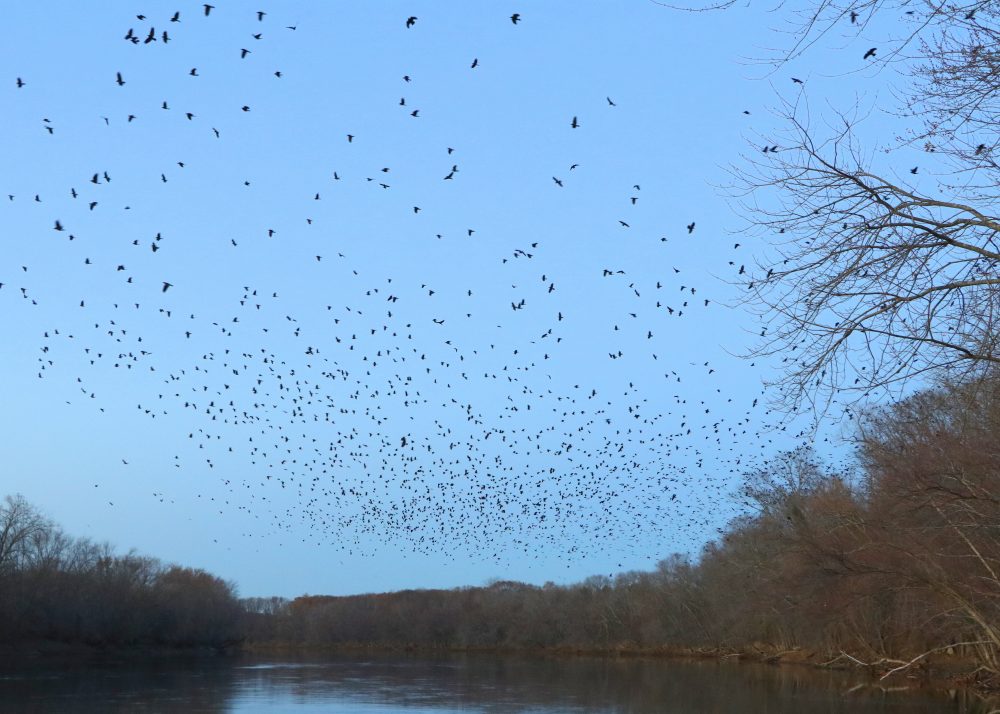 Moments later, the Crows converged and started to arrive onto the final roost starting at 4:31PM (almost 15 minutes after sunset time). The numbers at the roost grew over next 45 minutes as continued surges of Crows kept coming in, mostly from the east and the south of us, as Bob Fox and I were standing on the south side shore of the Merrimack River. By 5;30, the loud and boisterous vocalizations went down to almost nothing. It was the most dazzling show so far this fall season with numbers well over 10,000 based on estimates made together with Bob Fox!