Crow Patrol: Back to Experiment Station!

Crow Patrol: Back to Experiment Station!

Sunset time 5:35PM under dark overcast skies, wind from north at 6MPH, and temp at 30F with wind chill 24F!

Out again on solo Crow Patrol just after 5PM, for under almost an hour, with initial stops along Bulfinch Drive and International Way. Crows galore but in smaller numbers, suggesting that this location tonight is only a staging area. After watching and listening for vocalizations and intensity of calls, observed many Crows slowly move off in downriver direction, heading downriver to Bashara Boathouse on Eaton St. 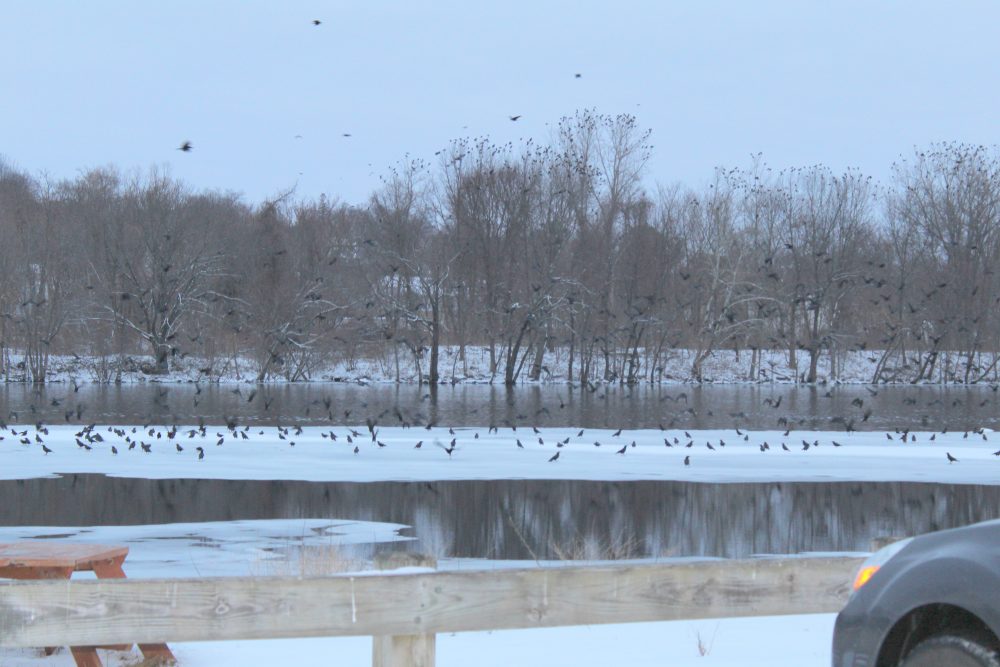 Upon arrival at boathouse, right away the action was terrific with hundreds of Crows on the ice right in front of parking area (before most departed inflight); many more in trees across the Merrimack River, and lots of action in the surrounding trees, especially the trees along the southern shoreline between 200 and 275 yards to the east of the boathouse. 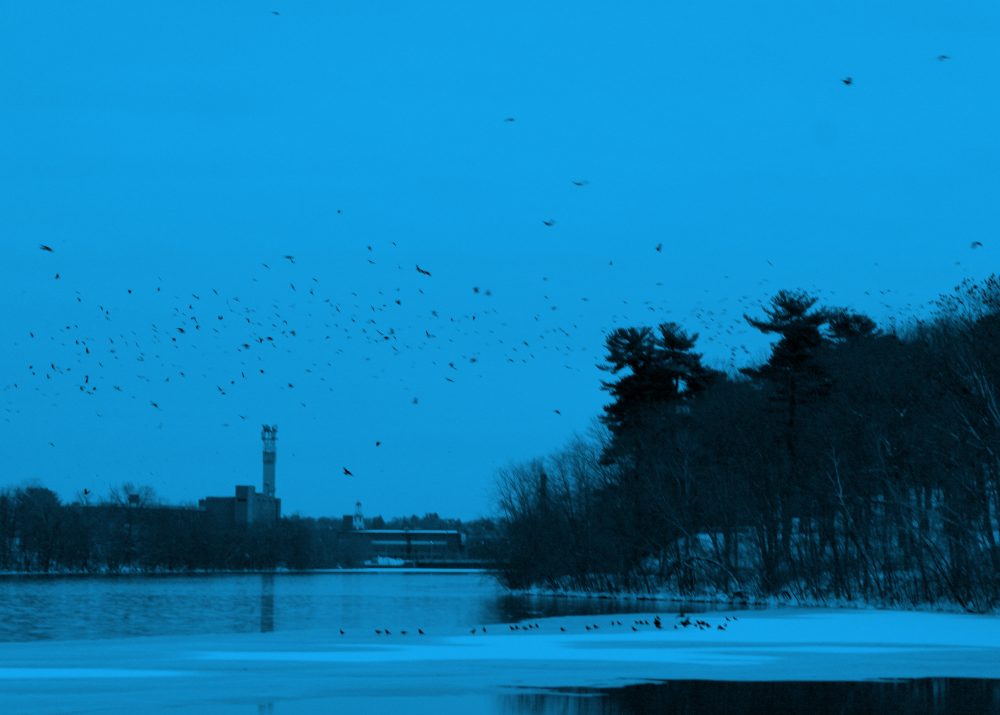 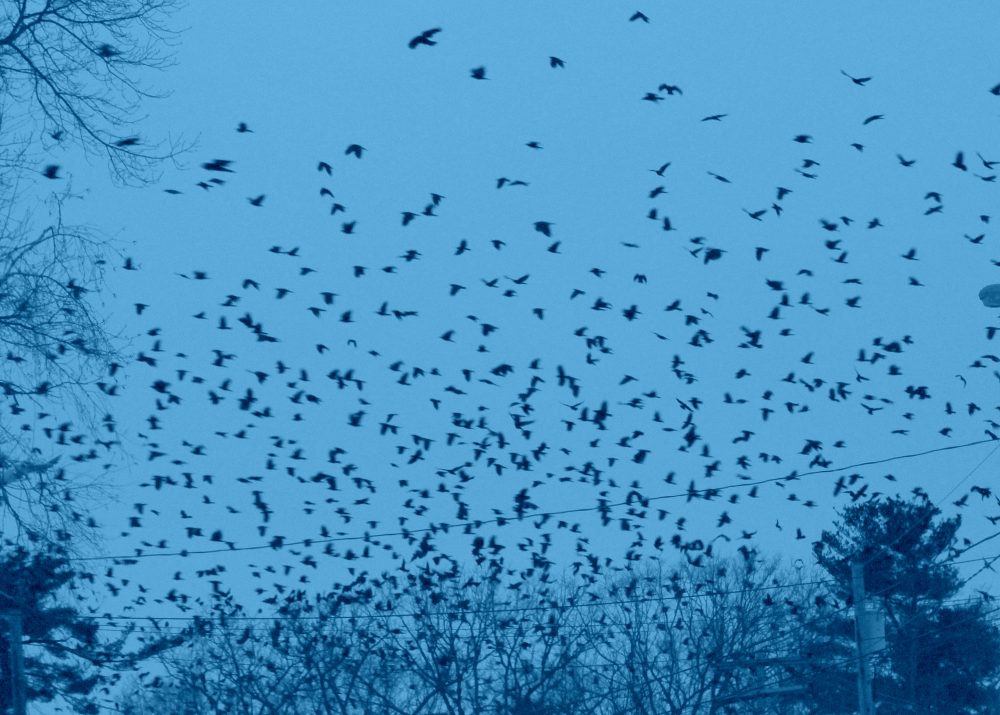 Arrived and pulled into Riverfront SP about 5:45PM and remained while darkness settled in. Had a nice opportunity to look at a number of locations around the park where Crows tracks were visible in the light snow cover.  These classic-shaped bird tracks, called anisodactyl, with three toes pointing forward and one toe, the hallux, pointing back, were made, most likely by American Crows. Anisodactyl is the most common arrangement of the avian toe and the one seen in songbirds and perching birds. 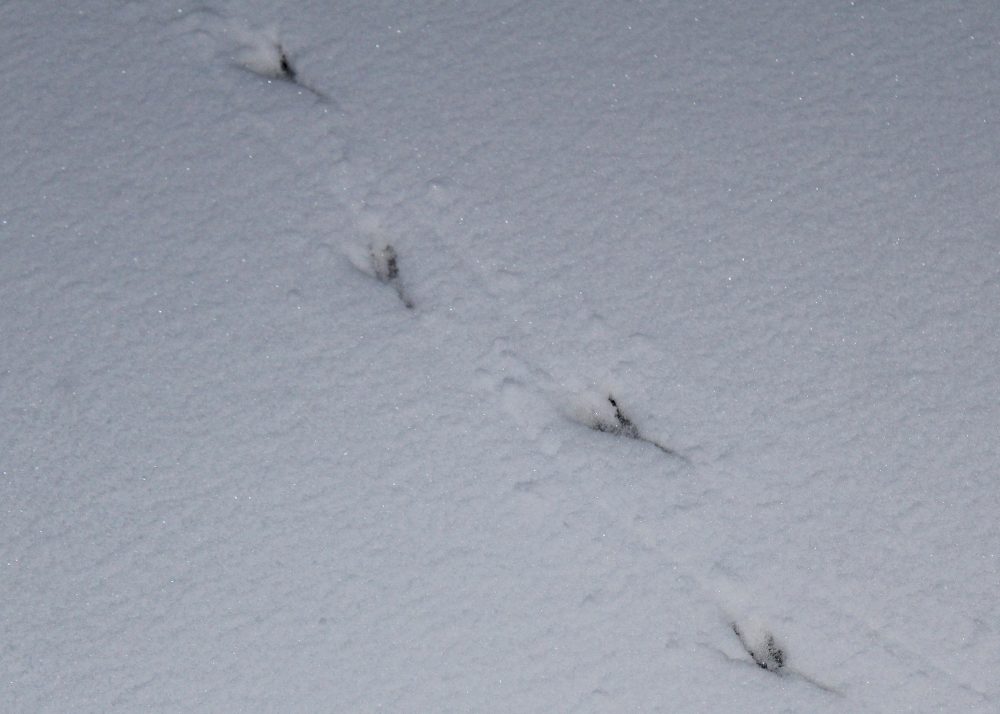 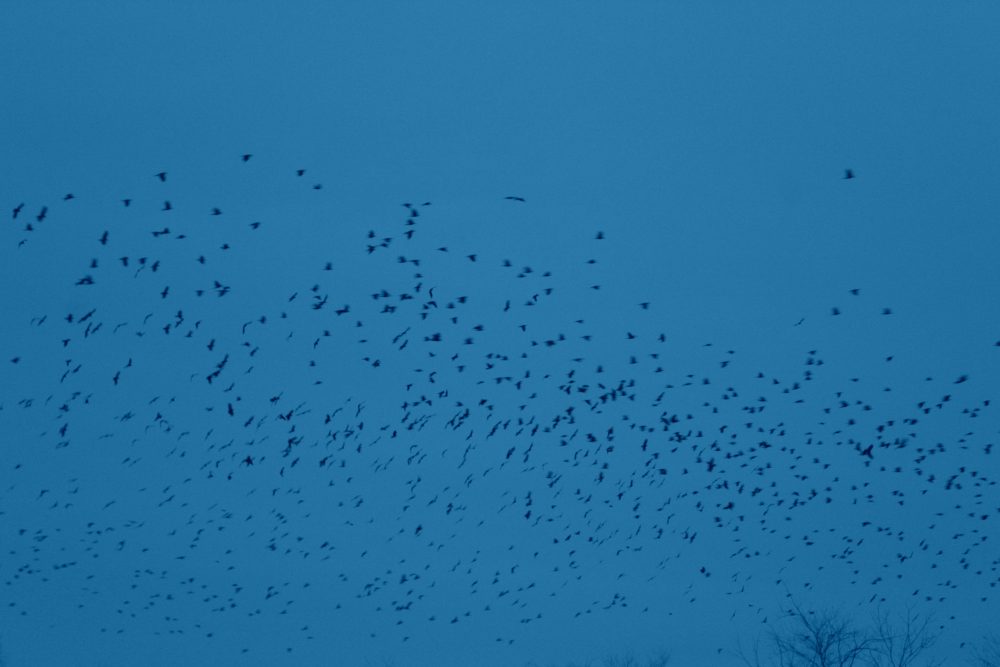 It is remarkable to watch these Crows as they transition from late day final staging and then go through multiple steps to settle into the final roost.  They will frequently start to increase the number and intensity of their vocalizations, then rise up in massive swells, with some moving to another nearby location, and others circling around back into the prior perch location.  This happens many times until they all settle very close together in the final roost. This photo shows yet another swarm near the boat ramp at Riverfront SP! 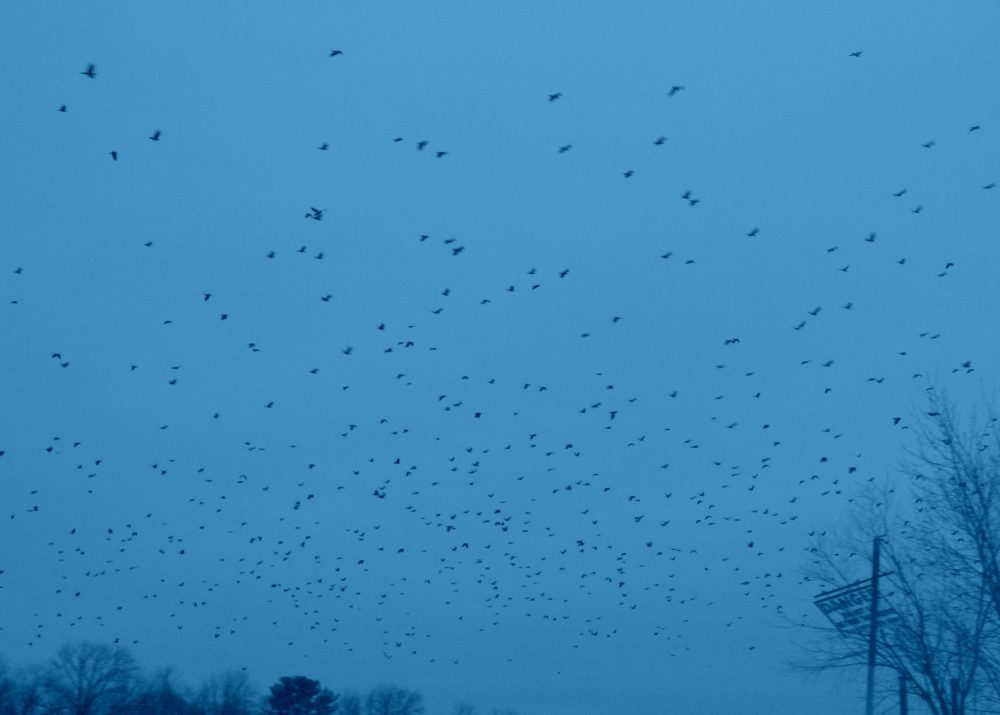 Prior to departure, it looked like they were making the final roost in the prior overnight roost area between the Experiment Station and Riverfront SP, as well as a few blocks over south of Rowe St…..amazing show!!  Here is a look skyward from the car on Rowe St. as the Crows gather into the final roost for the night. 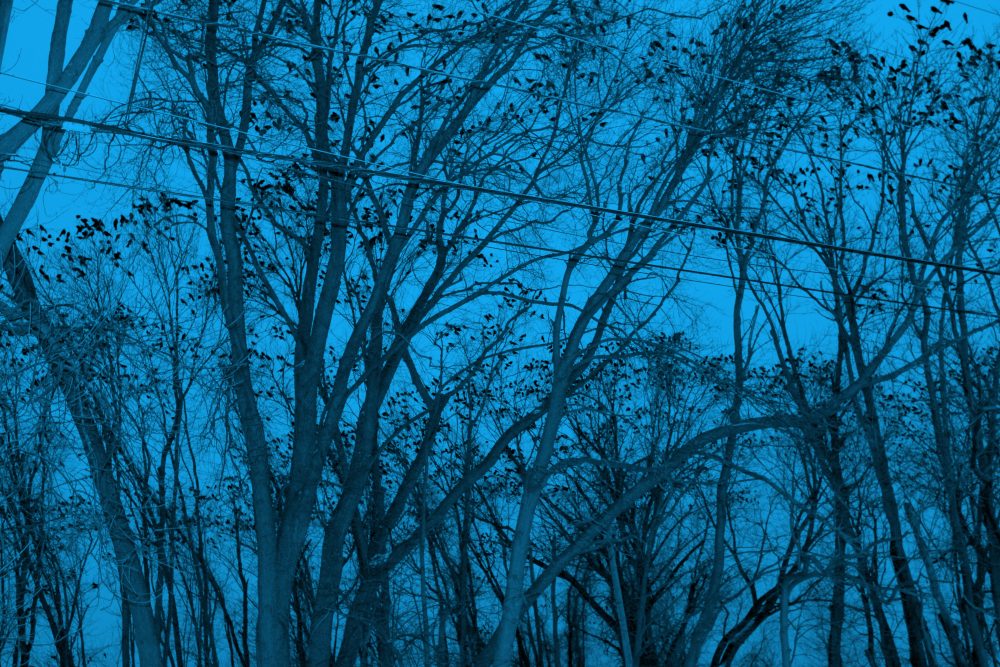