The Lawrence Crows have adopted yet another new roost site in early November, one different from the recent other roosts in the Lawrence area. Behind 280 Merrimack street in Lawrence, as part of the successful Riverwalk complex is a new project. Bridging historic architecture with smart-city technology and sustainable design features, the Lupoli Companies are developing a destination that will grow alongside current neighbors, support local businesses and create new public spaces for all to enjoy. At the center of our ground-up construction project is a unique structure for 1,200 vehicles, but the main feature will be on the top level — a regulation-size turf football field. Not only will tenants be able to run on the in-laid track, but local football, lacrosse and soccer teams will hold practices, hone their skills and play games here. This integrated building will offer a modern design with endless opportunities for new and exciting retail storefronts, restaurant concepts, conference centers and a variety of upscale, flexible office suites with direct access to some of the most iconic and scenic views of the Merrimack River.

This project  about 450+ yards east of Duck Bridge and the traditional early crow roost by the New Balance building complex. The construction zone has a temporary fence around it, old river deposits and parking lot pavements have been removed, the area made flat; sand and loam are piled at the west end to be spread for the field. The area is floodlighted at night. The entire crow patrol, for the past week or more has noted crows on this “field” well before sunset with more gathering later but it was thought to be one of several new staging areas, others being large numbers on the factory roof, in trees beside the river and on the north side of the river near Marsden Street. 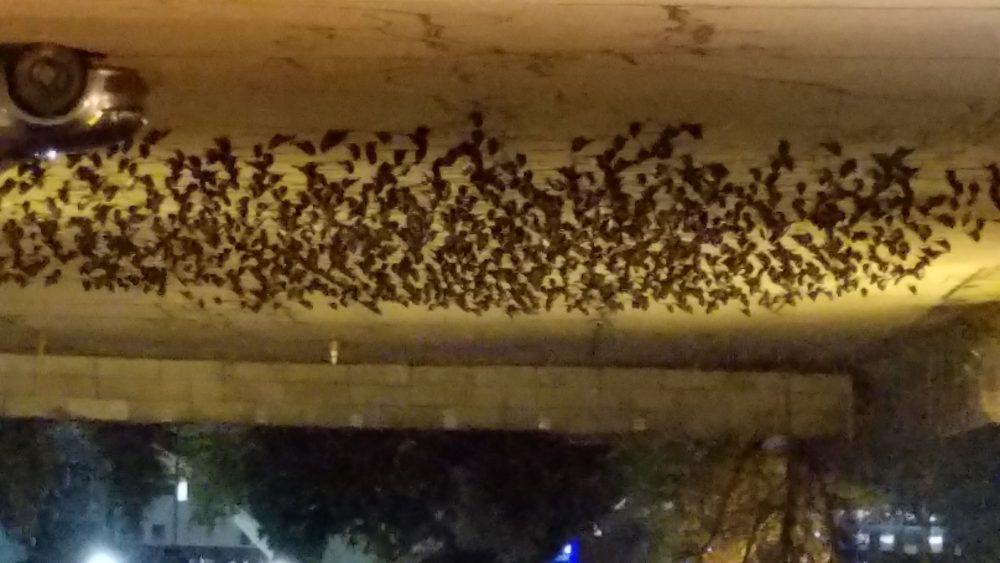 Craig Gibson checked on, and got photos of the crows in the construction zone recently by climbing to the top of the sand pile (about 6 stories high). Dana and Bob Fox had been counting crows well after sunset on the field and nearby trees along the river.

At 5:00 pm on November 9, they drove, with frequent stops, beside the field getting a count of 3700 (by 25’s) also noting 235+ Fish Crows that could be identified near the fence. In addition, they noted 150 crows on the sand piles and 150 in nearby trees. Returning past the field, they took pictures, noted that crows were spread across the entire field near the river but only the western part of the field near the fence where they drove. They left at 5:25, one hour after sunset.

Bob returned and checked the crows 7:30-8:00  on 9 Nov, this was 3 – 3.5 hours after sunset. He had a count of 4000 birds in the construction zone and the birds were grouped more closely on the west and north end of the field. They were not bothered by his getting out and counting; nor by several people walking dogs along the fence edges. The crows were quietly standing on the ground, facing in all different directions, they did not move, it was like a giant stupor. He went in along the west end of the fence to some dumpsters. There was not a crow in any tree along the river, and he then stopped near the Duck bridge and confirmed no birds in any tree, and none in the old roost. The flood lights on the factory and on the edges of the field gave enough light to make these observations valid.