Happy to have Dana and Bob back out on Crow Patrol and what a welcome back the Crows provided! First stop was the Boys and Girls Club and the lookout area at back corner of the Club; scanned the south side of the Merrimack River and over by Riverfront Park, only to find very light action. Drove around a multi block area north of the Club and found lots of Crows in smaller groupings. Returned to prior lookout minutes after sunset and found growing numbers perched in trees on the hill at west end of Riverfront Park, as well as in trees at east end of park. 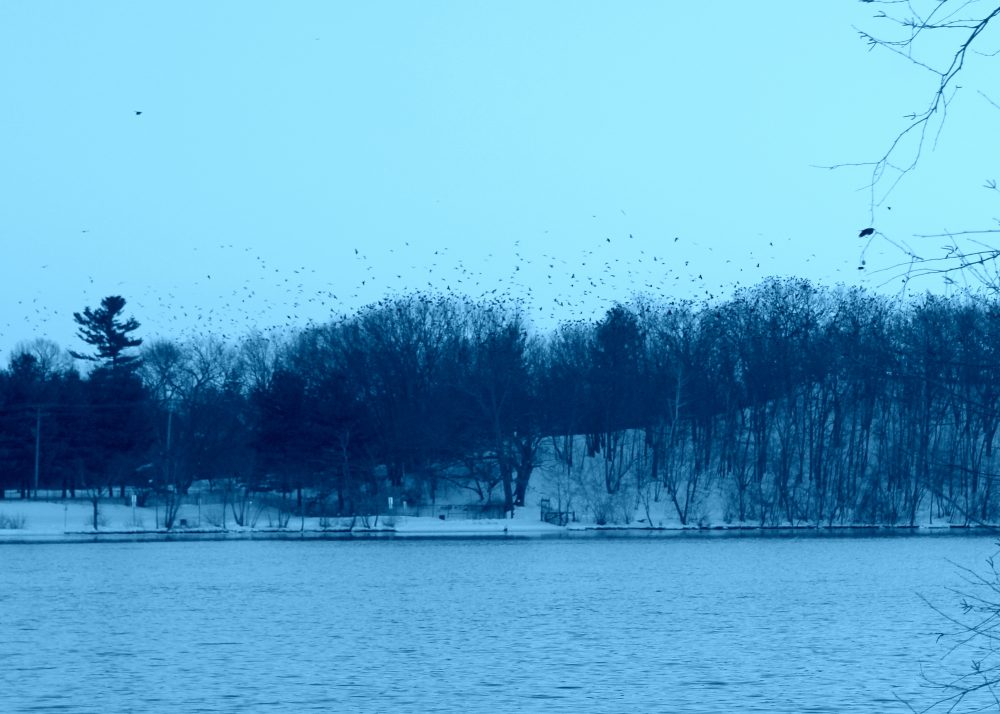 At 12 minutes after sunset, after swarms of Crows landed in trees at west end of park, they lifted up in a massive swarm and most flew downriver to the east, with many landing in trees east of the park; 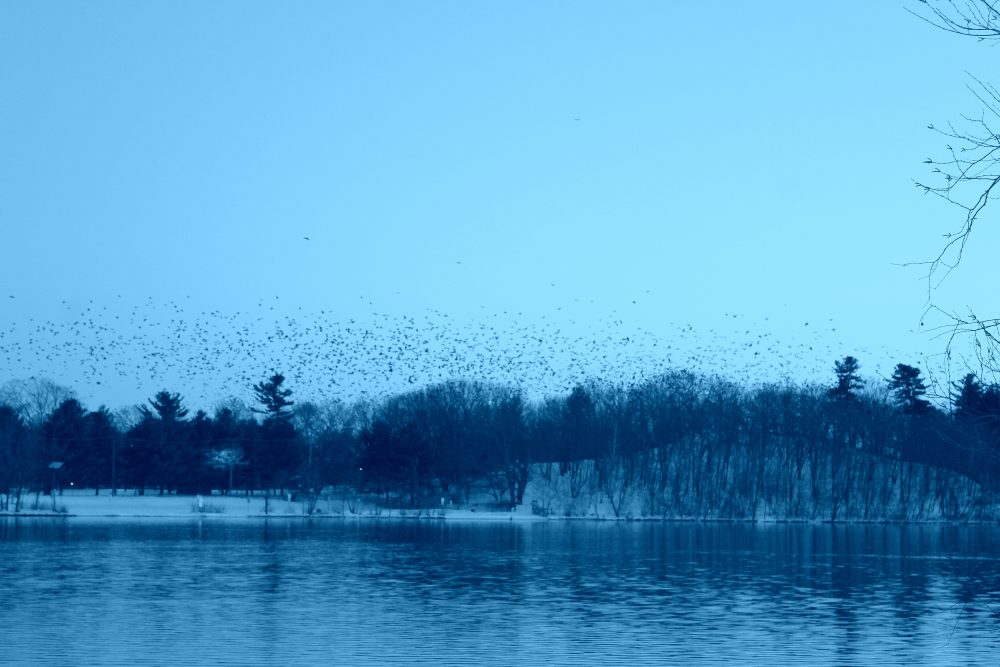 It is an amazing sight to watch such large numbers launch into flight; this uprising and settling down again continued repeatedly.  The image below shows a group that had been part of the swarm, as they moved downriver, and then circled to their right and landed in trees by the Experiment Station. 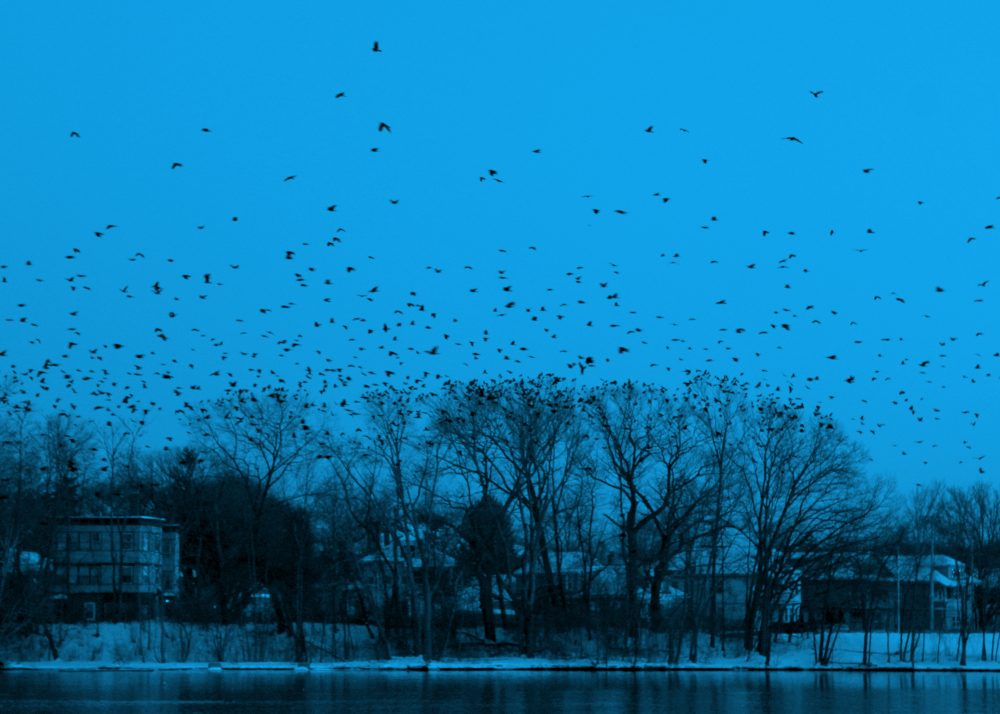 The numbers of Crows settling in the trees between Riverfront State Park and the Experiment Station is getting larger, but is far less than what we normally see. They may be using this location again, like last night, for  resting spot before making the final move over the Merrimack River to the final roost on the north side by the Boys and Girls Club and just to the west! 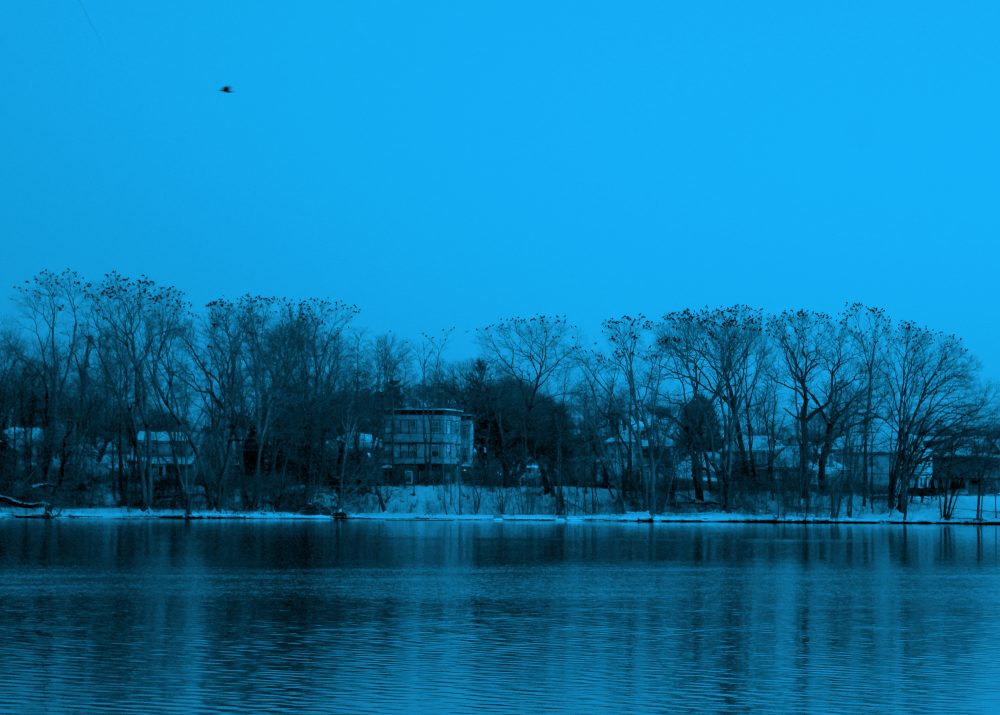 During the entire staging process this afternoon, a good number of Crows remained on a patch of ice near the Dam and on the north side of the river.  These Crows were observed from a truck depot on Bay State Road.  The numbers would pulse up and down but a core group remained at all times.  The Experiment station is sen in the background. 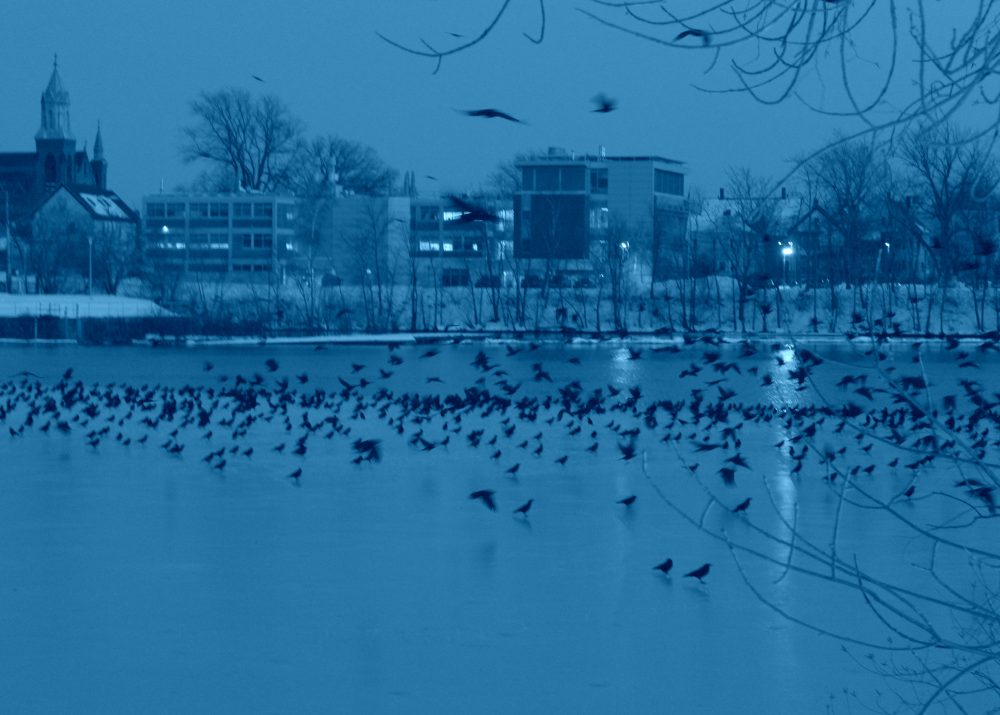 Here the Crows are seen on the ice from a truck depot area behind Bay State Road.  The numbers of Crows would rise and fall but a core group always remained on the ice.  Another dazzling Crow Show night….WOW!!