After checking a few likely staging locations, followed Crows in flight to an early staging location in North Andover behind the strip shopping center with Mad Maggie’s Ice Cream at Rt. 125/Rt.133. Crows were gathering in the trees and on the ground with loud vocalizing all around. Crows were streaming in for a while and the vocalizations grew louder. 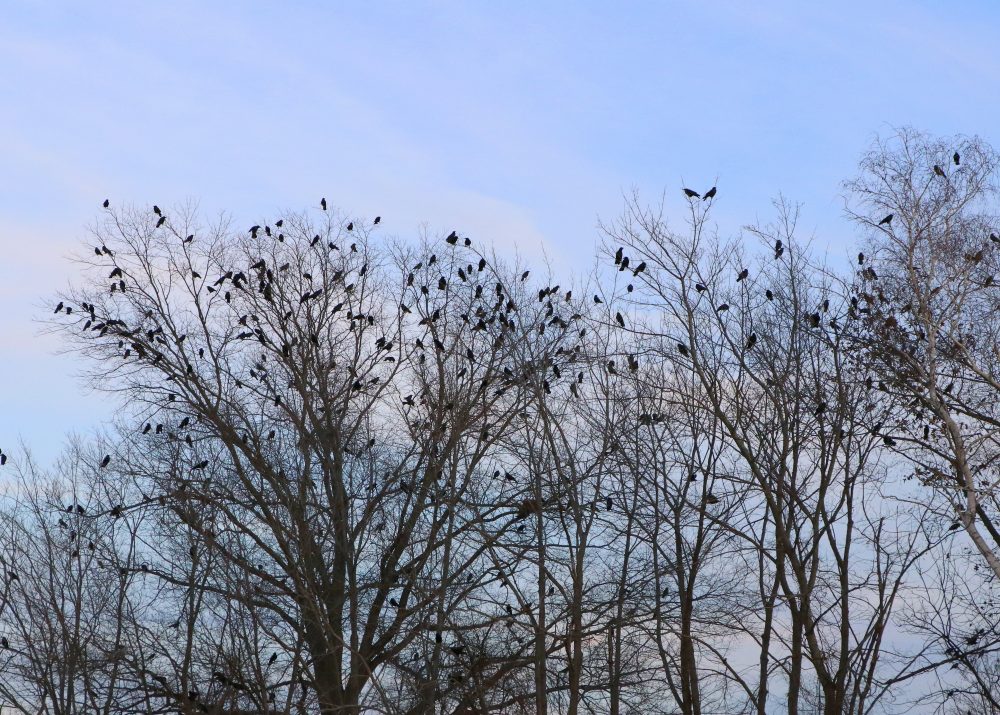 Not long after Bob and Dana arrived, the Crows began the initial movement towards the roost, over a mile away. Consistent with prior nights, they stopped at multiple locations along the ways, to join with larger numbers of other Crows converging on the overnight roost. Thousands were seen flying in and perching on trees on both sides of the Merrimack River. On this topic, Wayne Petersen, noted in the Mass Audubon “Distraction Displays” blog (Nov. 13, 2018), “the behavior of crows near these evening roosts is particularly curious, if not mercurial. For instance, from night to night crows approaching a roost will regularly make several pre-roosting stops (called staging areas), sometimes more than a mile from the final roost site. These short stops are generally accompanied by much raucous vocalizing, before the birds present often suddenly depart and head off to another staging site where this behavior is then repeated. This may occur several times before dark within a several mile diameter area of the final roost, and the staging areas may change location from day to day.” 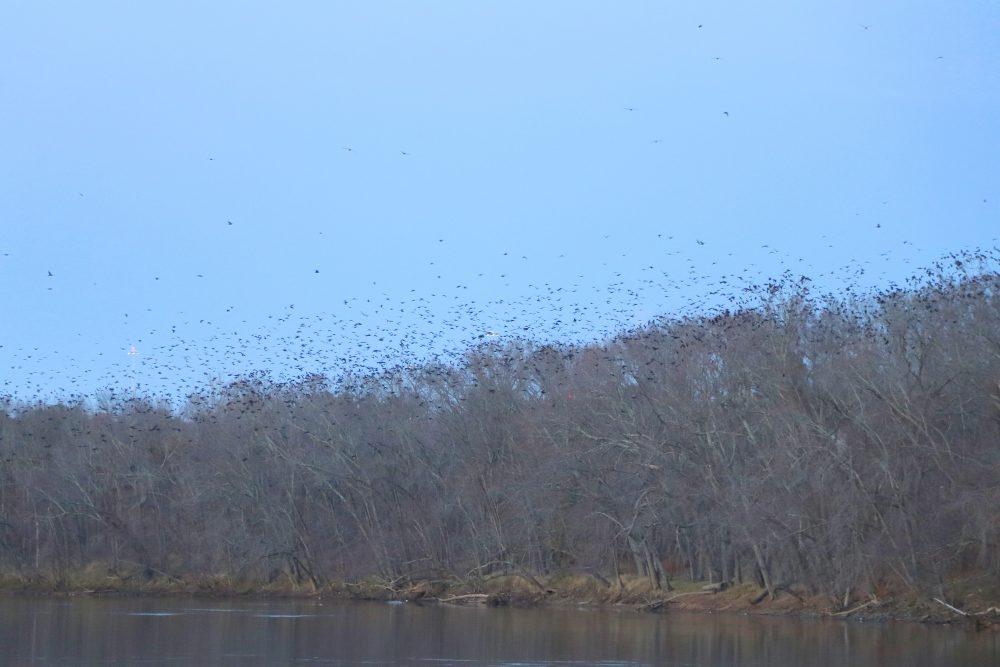 The photo above shows large numbers of Crows while arriving and perching on trees along the south side of the Merrimack River. A southbound train came through at 4:30, blowing its whistle, and causing the Crows to rise up in a large plume, and then they started to make a large billowing group flight to the same roost as last few nights, on the north side of the river, right next to Rt. 495, and fully populated the roost. The photo below shows the large takeoff plume of Crows! 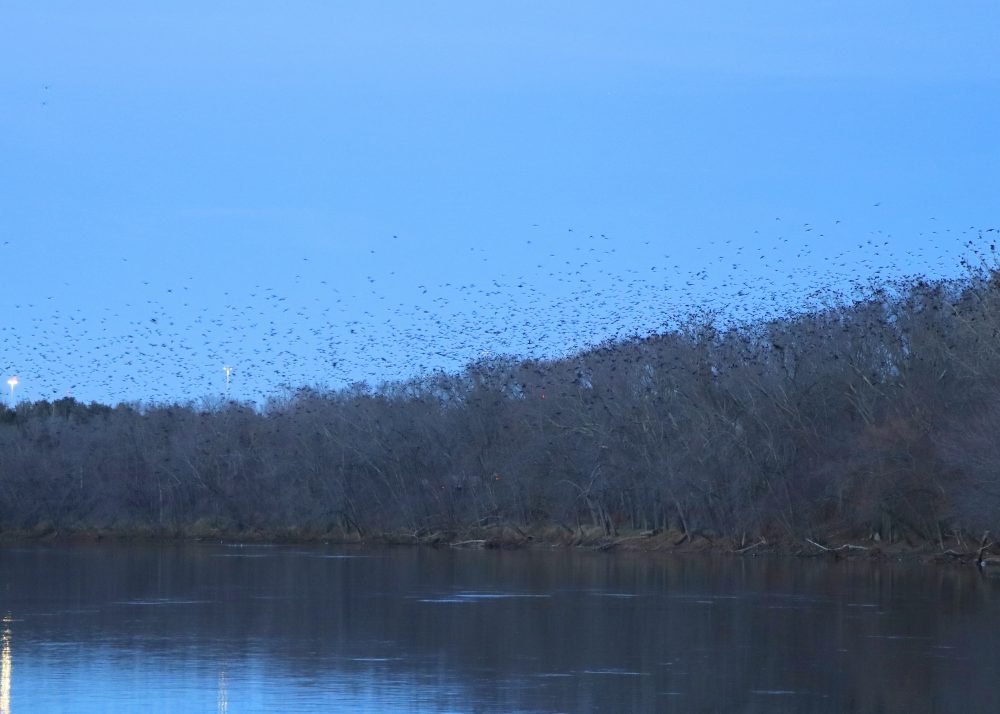 This was followed by multiple succeeding, and at times very congested waves of arrivals. According to prior research (Moore & Switzer, 1998), these pre-roosting aggregations (PRA), typically begin forming in the early afternoon. While most PRA sites were used during the entire roosting season, some were used for only part of the roosting season, and a few were used sporadically throughout the season. Crows begin aggregating in the early afternoon, forming increasingly larger groups as they move toward the city, and the final roosting location; the last major PRAs are in locations adjacent to the final roost. At, or just after sunset, crows slowly begin leaving the PRAs, heading for the roosting site in very large groups. 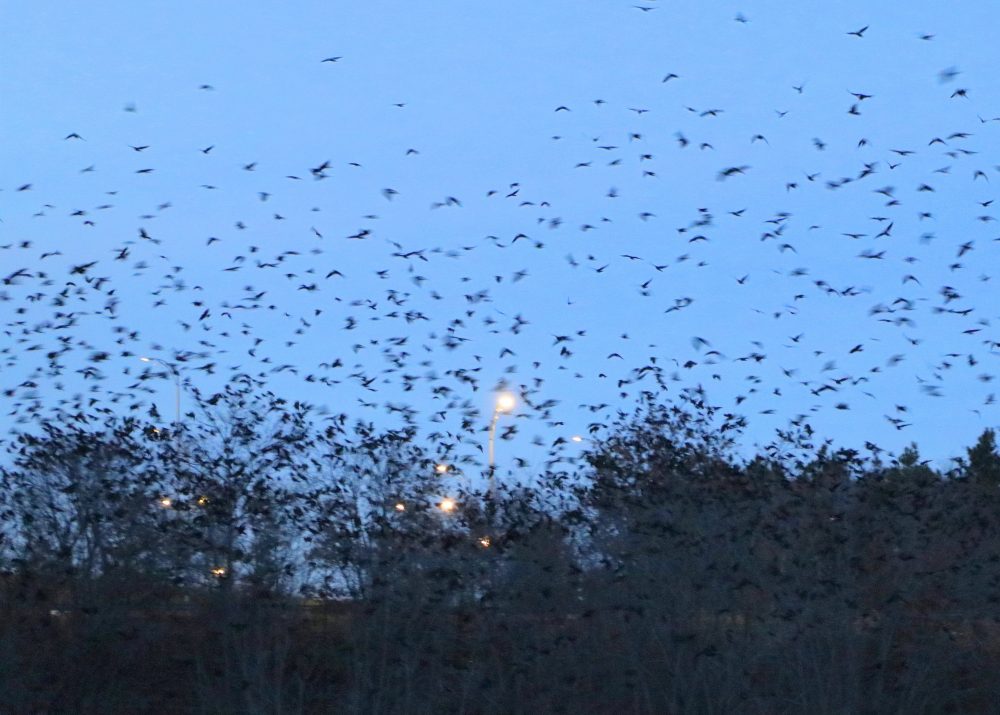 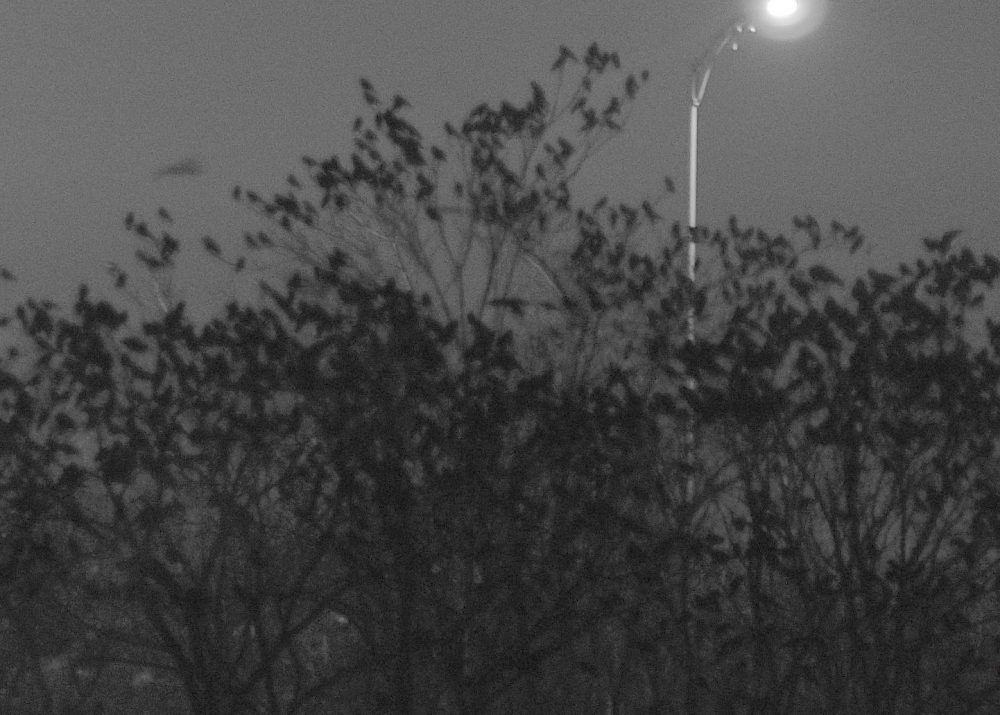 Photo below shows the roost all settled in, from across the gentle flowing river almost an hour after sunset time and the upper as well as lower trees totally covered with Crows…..always an amazing sight to behold! 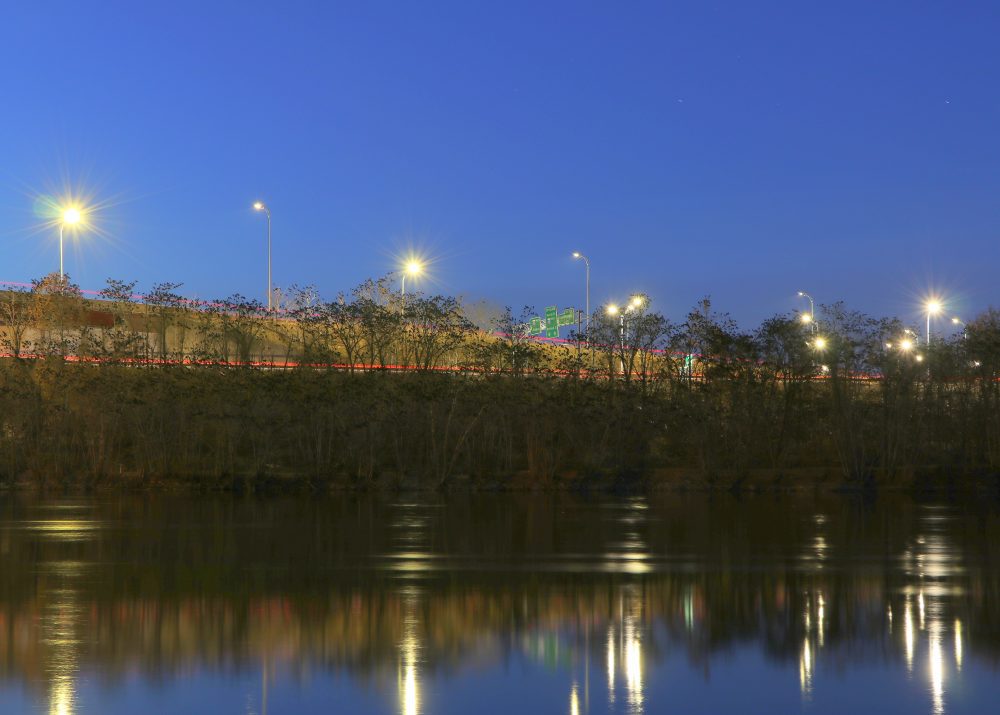