Out on solo Crow Patrol almost two hours before sunrise, and to watch dispersal take place through the three stages of twilight: astronomical, nautical, and civil. Upon arrival the Crows were already noisy and vocalizations increased considerably during observation period. The Crows were tightly packed in together, yet again, in the trees along the Merrimack River at the north end of the Rt. 495 Bridge, and on the downriver/east side of the bridge. They have now been in this new overnight roost location for just over two weeks. Here is an image captured from the Rt. 495 Bridge, at the north end, looking east out over the roost, while driving by, at the start of astronomical twilight, about 1 hour, 40 minutes before sunrise. 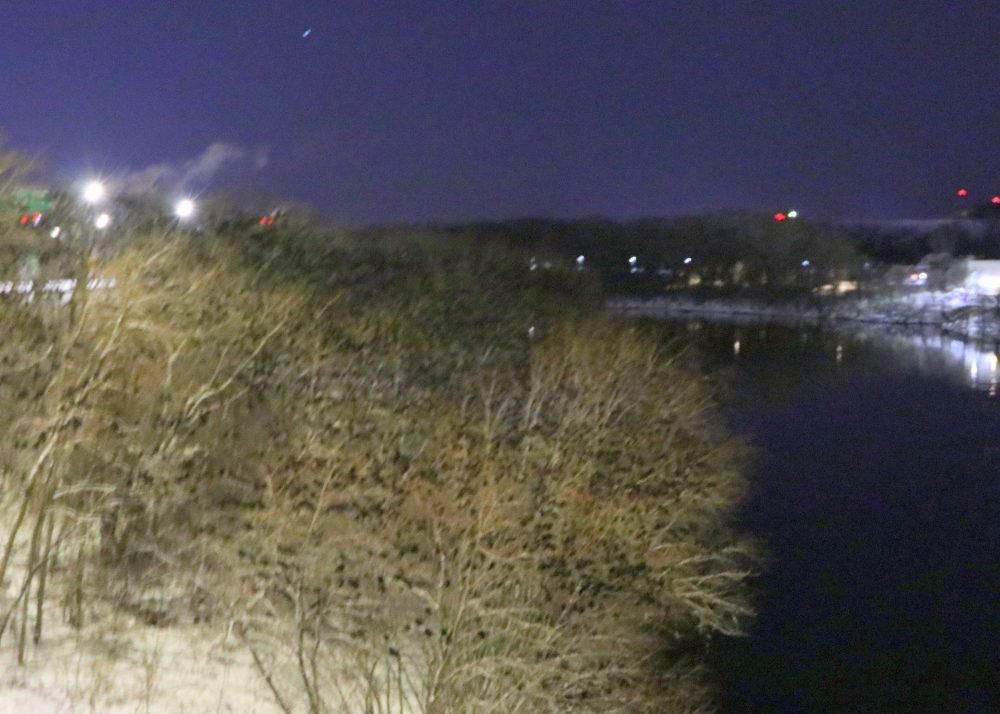 About 10 minutes, later, made my way over to the south side of the Merrimack River and set up a viewing post with great views of the roost. For times well before and after sunset, this location enjoys a good amount of ambient lighting from highway street lights.  This is a real benefit for capturing long exposure images. The next image below, taken at 5:53AM, about 70 minutes before sunrise, at the start of nautical twilight, shows the Crows tightly packed together in the roost.  In addition it shows the river rolling gently by below, the streaming red lights from a passing ambulance on the lower deck, and passing truck lights on the upper deck. The red, pink, and yellow reflections off the velvety river below add nicely to the 30 second long exposure image.

While looking through the full archives from the morning outing, it is clear that the heaviest dispersal time was during nautical twilight, from about 5:53AM until almost 6:30AM. The vocalizing was intense.  As the dispersal started, smaller groupings quietly headed off in all directions. Later, there were moments of total chaos, swirling flight patterns, and at times the Crows, rose up in large numbers, in a bloom of flight and settled back into the roost.  The show was fascinating beyond words!  See the video at the bottom to get a sense of the action.

This photo above, shows a calm moment close to 6:30AM and at the start of civil twilight, the third and final phase of twilight. Good numbers of Crows remain in the roost, although many have already departed in return to day-time foraging grounds. From this point until sunrise, the dispersal was orderly and back to smaller groupings headed out in all directions. 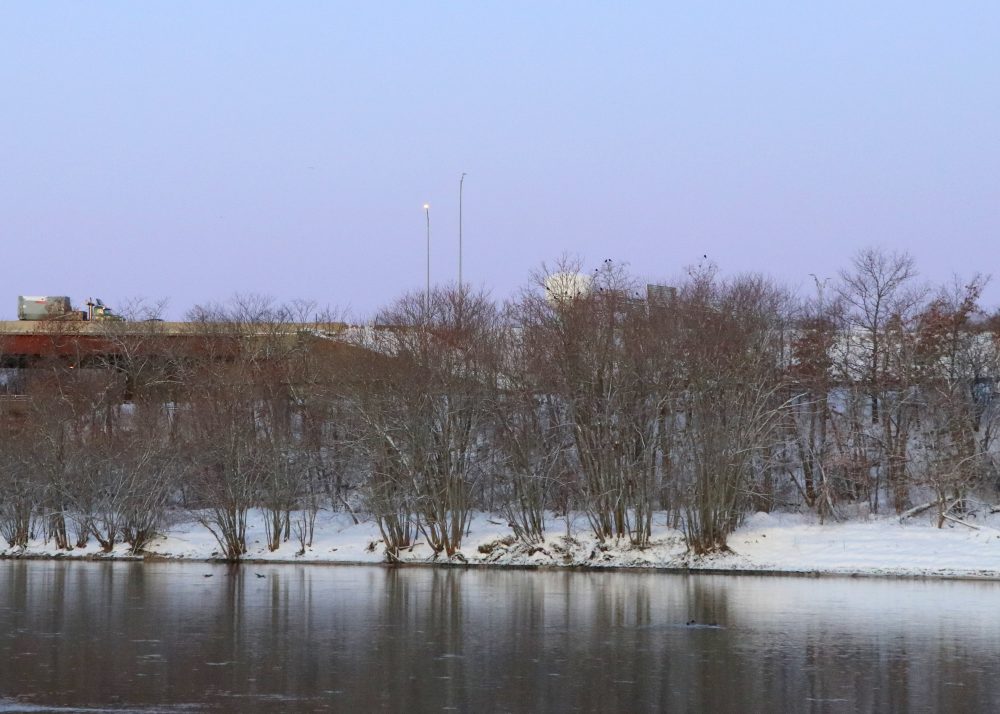 A few minutes before sunrise time, as seen in image above, just a handful of Crows remain at the overnight roost.  This has been the normal pattern this year and in past two years. They get started with lots of vocalizing around 90 minutes before sunrise, depart over the next 90 minutes, and very few left at moment of first sunlight! Below is a video captured with night vision optics.  It captures the total chaos taking place as many Crows are making there way up and out of the roost for flight to day time foraging grounds.  Always amazing to watch and record all of this remarkable action…..enjoy!