Out on Crow Patrol with Dana and Bob as the Crows began staging in the Immaculate Conception Cemetery; we were located about 250 yards in from the main entrance on St. Luke St. off of Augustinian Way. The numbers started to grow with many flying in from the east and lots of vocalizations. Offered in shell peanuts and the response was outstanding. 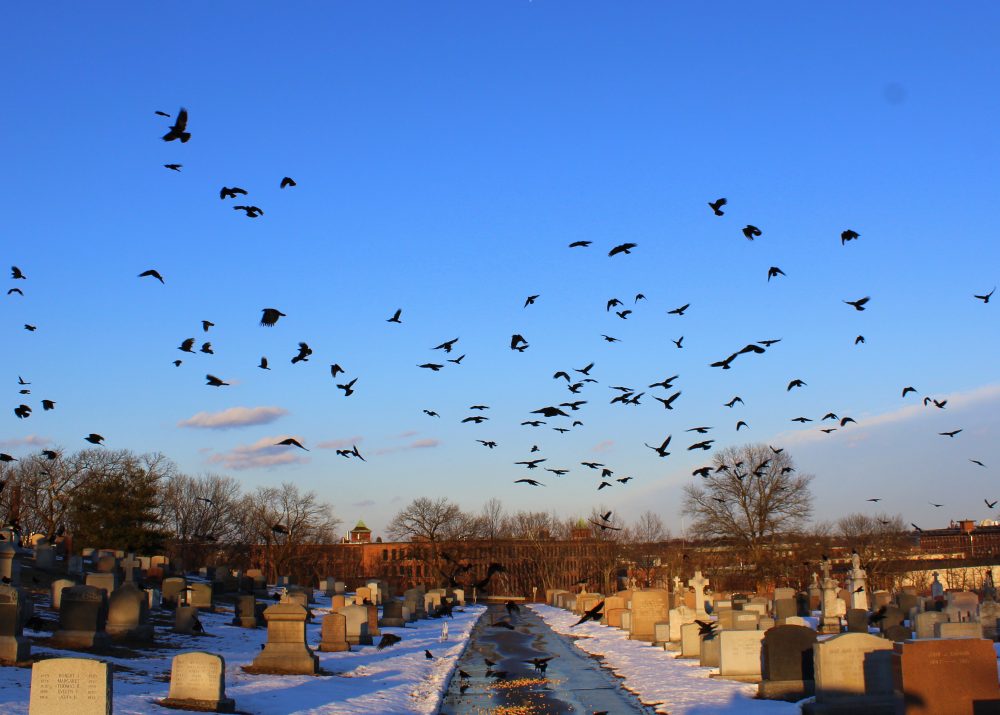 The numbers seemed much lower than Sunday night, and it felt like this was only a staging location. The Crows were perched in smaller numbers in the surrounding trees, many of the ground, on the nearby hillside, and many perched on headstones. 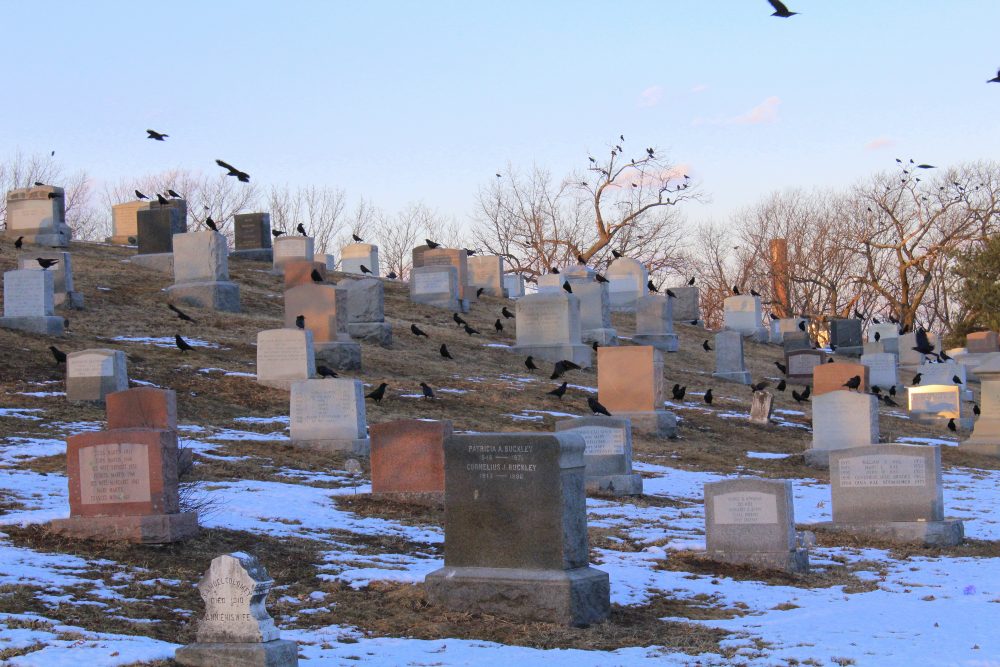 We observed lots of Crows tracks in the snow. The four toes in a crow’s track are about the same length, and in good prints each toe leaves a claw mark at the end. Three thick toes point forward, and one long toe (equally thick) points back. The total length of a print is typically about 3 inches.  With the spectacular late day sun, we had a nice opportunity for some flight and action photos! 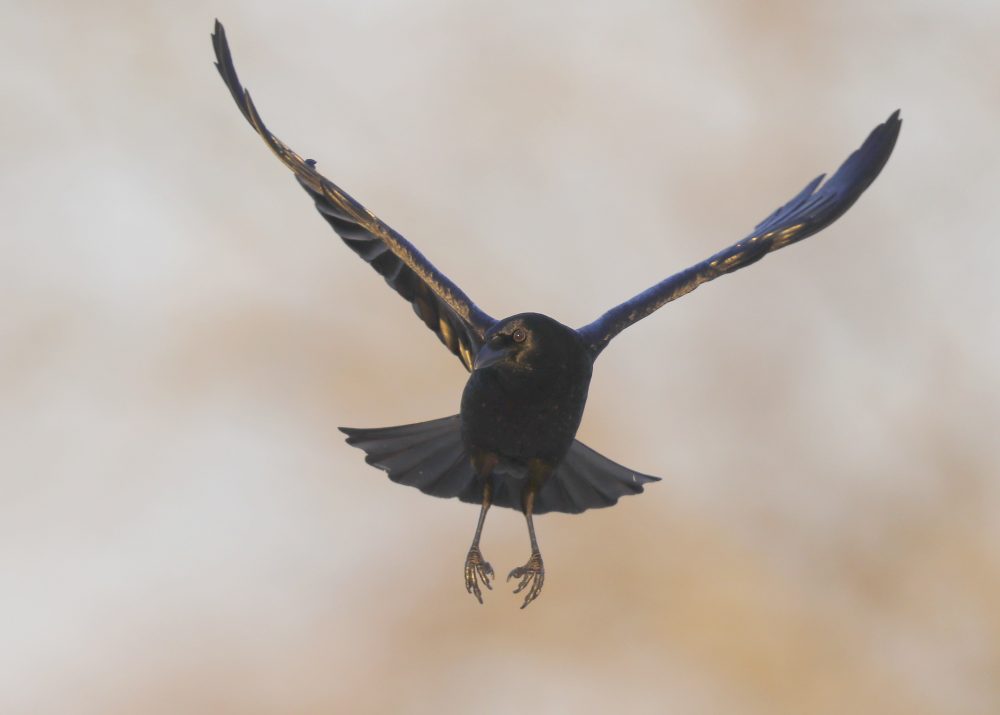 Flight photos of birds is a daunting challenge, and a joy when things work out well.  The Crows pose an additional challenge with their black plumage.  The twist and turn often times when coming in for a landings.  A top objective always, with flight photos, is to capture catchlight in the eye of the bird.  Above, the Crow is getting ready to land, with head turned, and slowing down its flight speed.  Below is a quick look at the feeding frenzy after scattering in shell peanuts for my friends.  The landing shows this Crows just before touchdown! 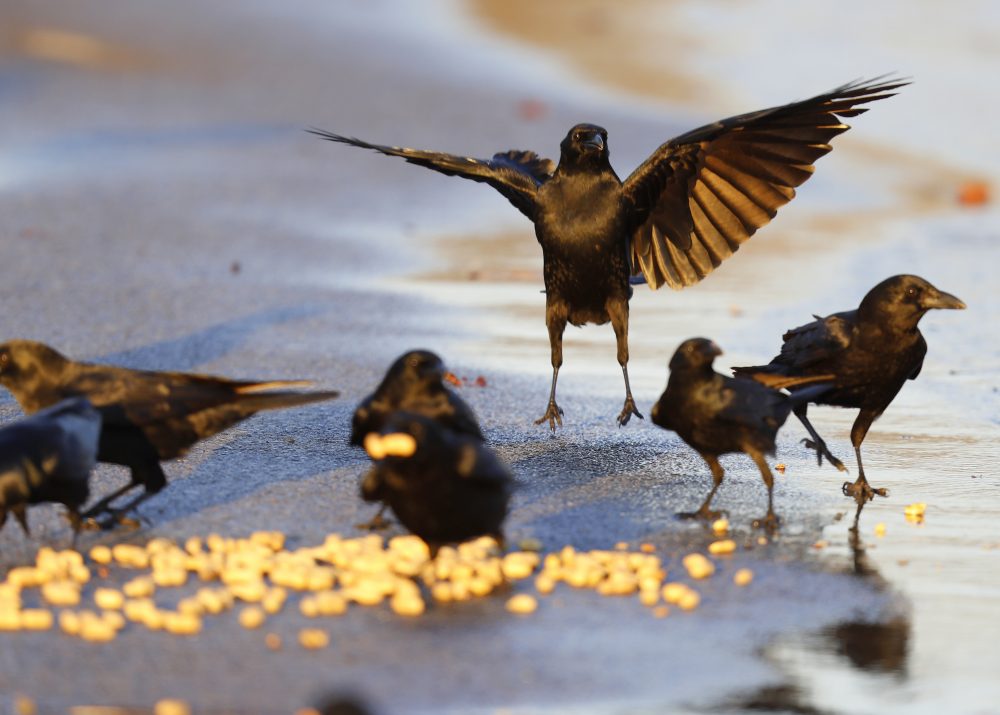 This last image was taken after watching a number of Crows while perched atop headstones and then taking off. They will usually go from standing position, to a squatting like compression, then a burst of action while pushing forward into flight while spreading wings out to the fullest; the cemetery location makes for great takeoff photos with the Crows being very comfortable on the headstones, and the headstones being elevated with little in the nearby background….beauty and grace! 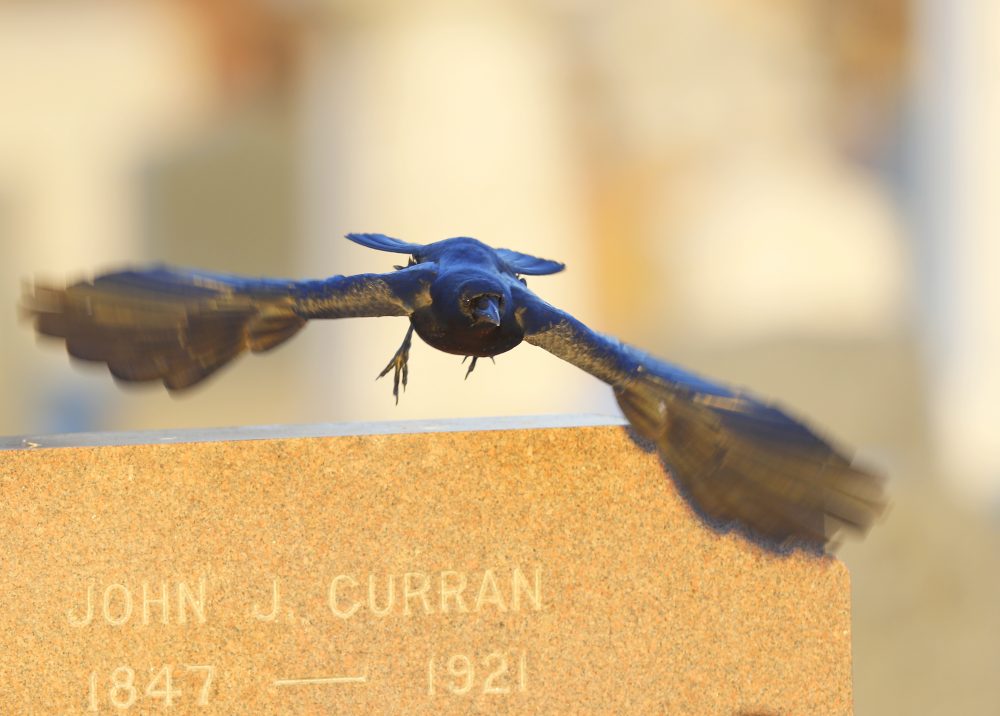