Went out on Crow Patrol for about 25 minutes tonight, right around sunset time.  The first stop was along the back of the Lawrence Boys and Girls Club on Bay State Road. After making a careful scan in all directions, no Crows seen on the ice, but many seen and heard in the trees west of the Club right along the edge of the Merrimack River. 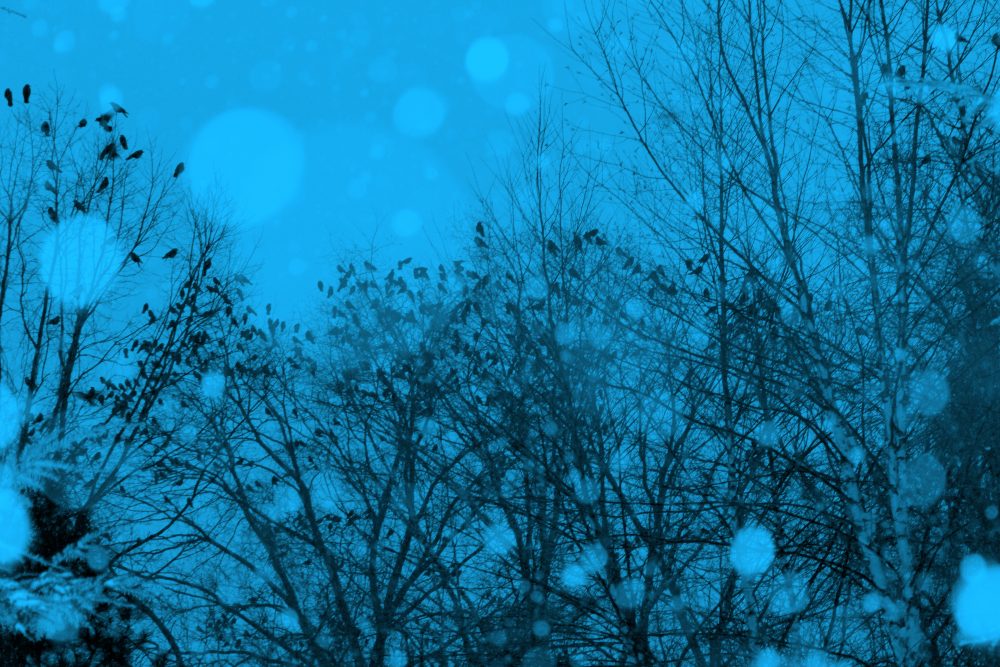 Made a number of subsequent stops by car up and down the parallel side streets to the west, and stopped for longer moments to observe Crows coming into the roost trees along Riverview Place and Nightingale Court. The vocalizing was intense as the arriving Crows grew in numbers. 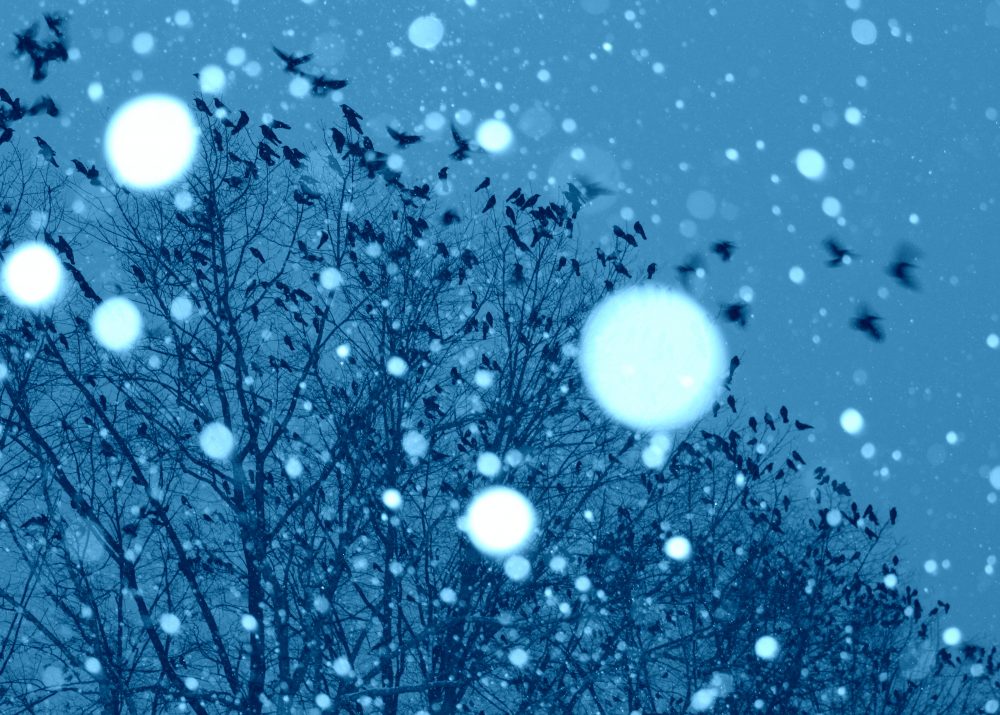 There were no Crows seen west of the turn on Nightingale Court. However, many crows were seen the in trees between the river and Water Street, and some Crows even on the north side of Water Street. 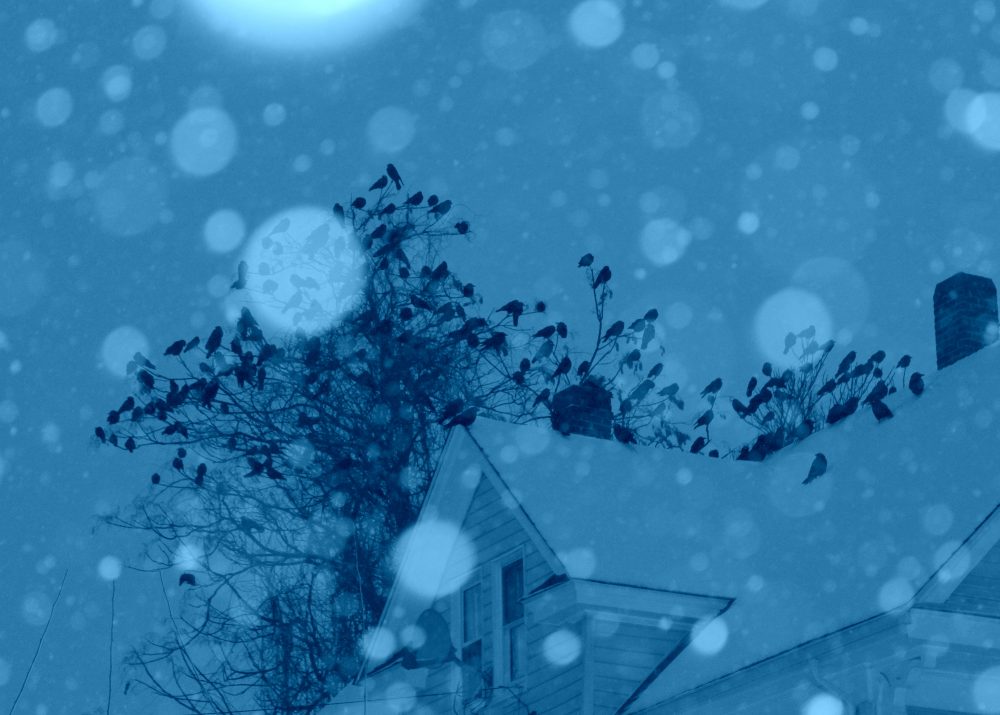 Once again, the Crows were packed in very tight in the dense final roosting on a long line of trees running east/west for a distance of about 335 yards from the Boys/Girls Club to the west end of Nightingale Court. The rough estimate for the total roost area was about 44,000 square yards; very similar to the roosting area on the south side of the river, just east of Riverfront Park. Just before departing at 5:45 PM, observed that the vocalizations had diminished quite a bit. 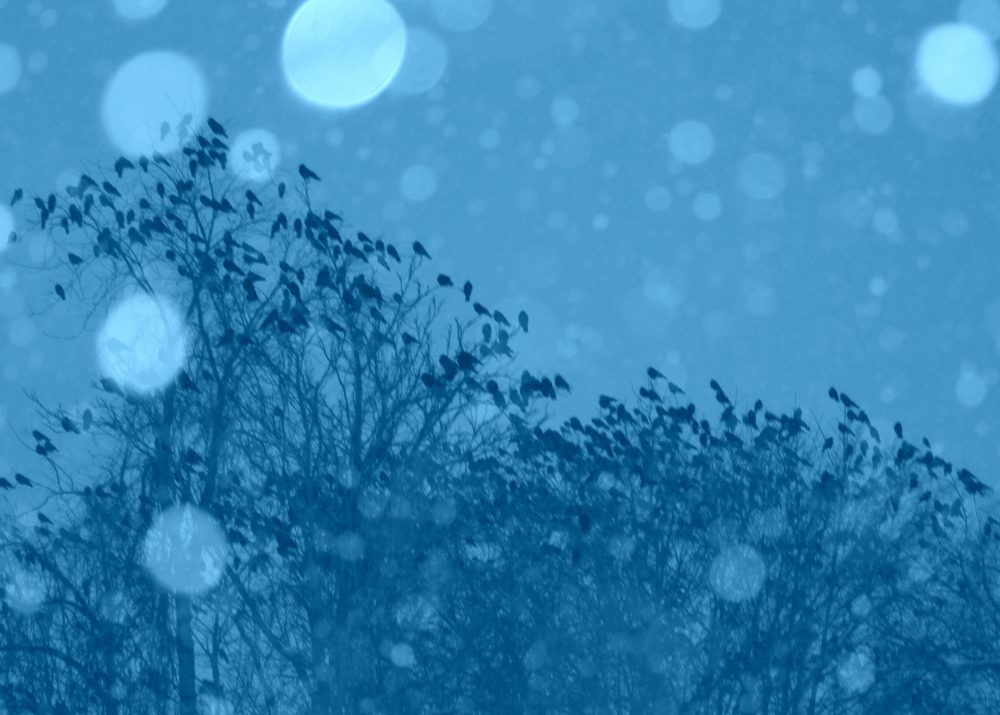