Out on solo Crow Patrol with a start just after 4PM. Initially Crows were seen flying east over the Rt. 495 Bridge and downriver.  Then they started to perch in the tall trees on both sides of the Merrimack River, with loud vocalizations.  They were also seen in heavy concentrations near baseball field on Incinerator Road by the Farm Pre-release Center. Around 4:30PM Crows began flying into the roost by the bridge. The cover photo above shows the Crows lifting off in flight from the crest of the baseball field, and heading SW, about 3/10 of mile, towards the overnight roost, vocalizing along the way. 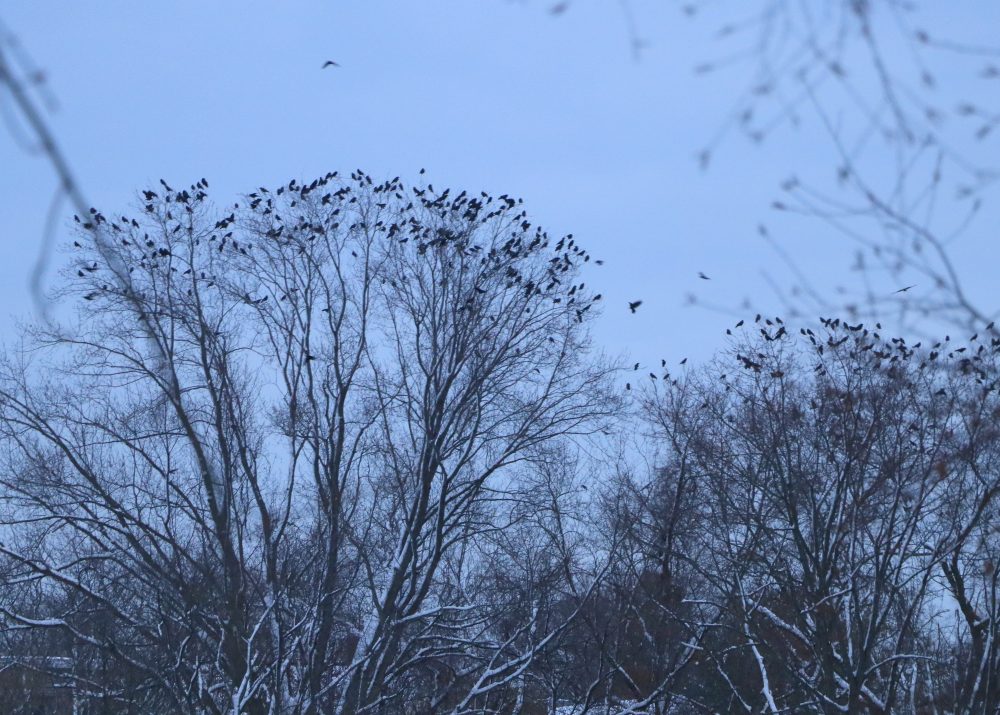 Lots of staging in the tall trees on both sides of the river for quite a stretch downriver. Many of the Crows moved around the same tree and others moved from tree to tree.  Many Crows were seen streaming in from the west and upriver. It is always fascinating to watch these Crows assemble before going into the final overnight roost. This photo above was taken from the north side of the river looking south. 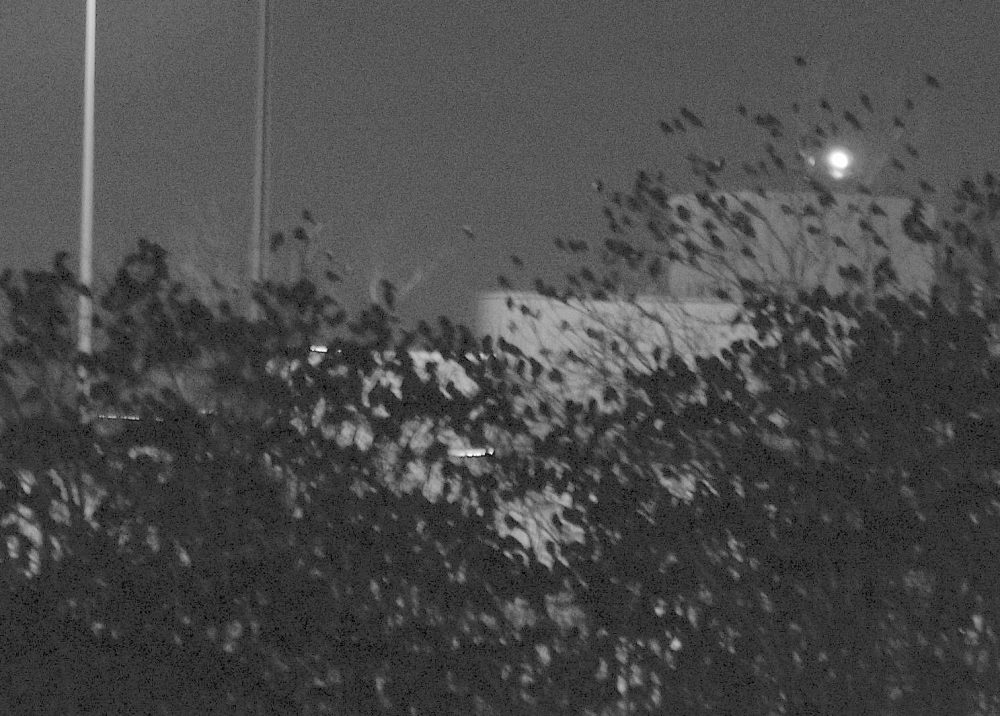 Had to leave for a meeting, and then returned later, close to 6:30PM, almost 2.5 hours after sunset time. The entire roost was totally quiet except for heavy background noise from passing highway traffic. Was able to use the night vision optics and captured the photo above showing nearby by gas tanks behind the Rt. 495 Bridge, and the larger Lawrence Water Tower in the further background. Although the night vision optics lack full sharpness, they do provide a clear sense of how tight and dense the Crows perch once into the final roost, almost shoulder to shoulder. 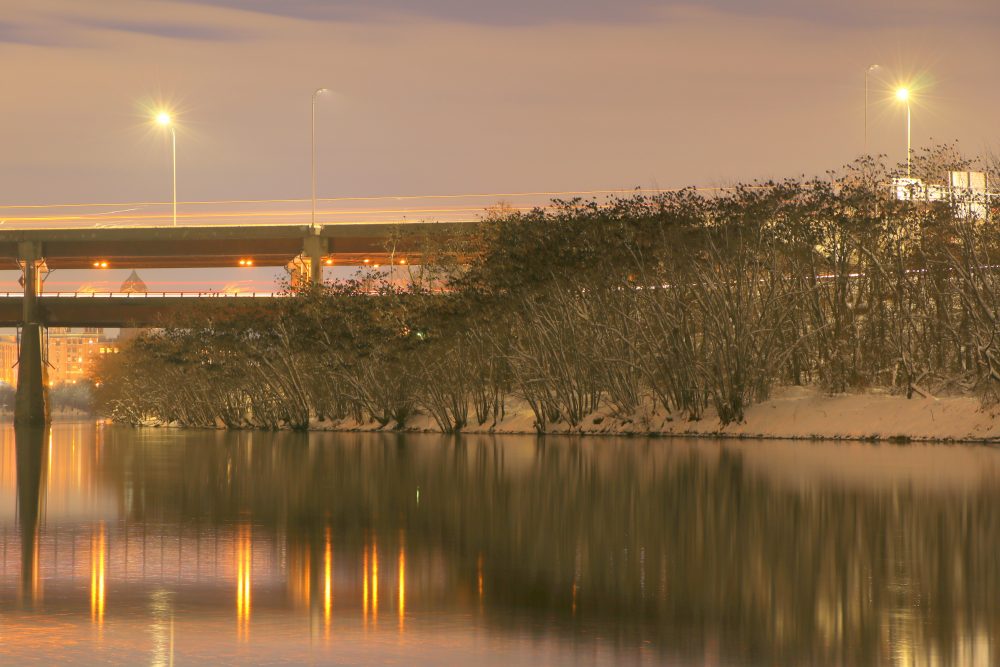 To finish out the visit tonight, had another opportunity to capture a number of 30 second long exposure images.  These photos draw in the light, create a velvety smooth surface for the Merrimack River, and still allow for a nice view of the perched Crows in the overnight roost.  This image was taken with the river in the foreground, the roosting Crows and the bridge with traffic moving through in the middle, and the distant sky with fading light in the upper third of the frame.  Once again, the Crows have selected a nice spot for their overnight roost!

This time lapse video below was captured as the Crows entered the overnight roost. The camera was set below, on a tree, just off the ground and looking skyward.  It is a first attempt to use a dedicated time lapse camera. A Taiwanese company manufactures a relatively small cube-shaped camera. Though it resembles an action camera, the camera is designed specifically to capture time-lapses. It can be powered with four AA batteries with a number of capture options, including time-lapse intervals from 1 to 30 seconds, 1 to 10 minutes, and 1/4/24 hours, and continuous intervals can be set to 5, 10, and 15fps when recording at 1080p and 30fps at 720p. Take a look!