While making my way into Lawrence for a half hour of Crow Patrol before attending the opening of the “Celebrating the Winter Crow Roost” exhibit at the Essex Art Center, first stop was around the perimeter of O’Connell South Common Area. Thousands of Crows staging on the ground and in trees around the fenced in common area; 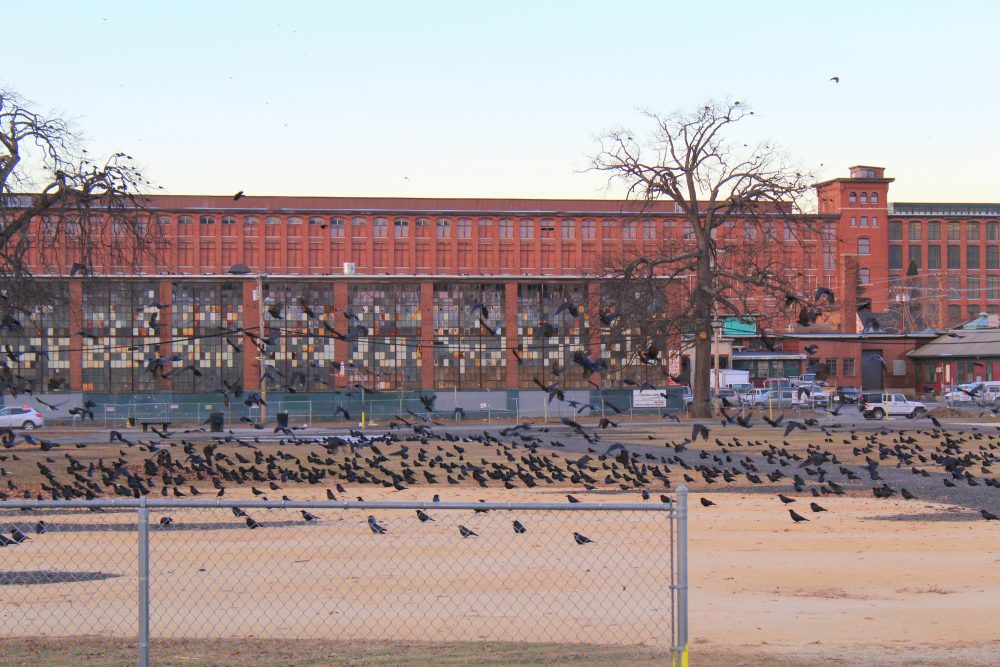 Next headed to top of McGovern parking garage to join Dana and Bob, with well over 20 others on Crow Patrol. Dana and Bob continue to see a growing turnout for each of the guided Crow Patrol walks!  Here is a group photo inside the heated elevator waiting area: 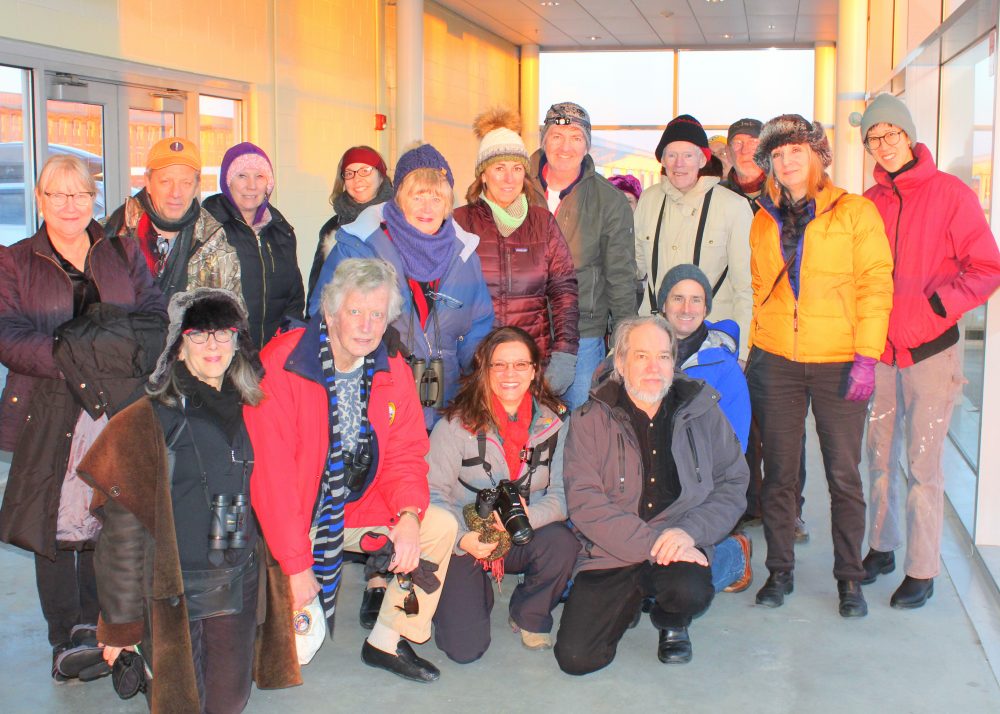 The crows were streaming in from all directions with bursts from one directions, followed by burst form one or more other directions….fascinating to watch the various swarms and streams, along with wondering where the exact staging areas are located.  The cover photos shows the Crows streaming in to the trees in South Common before sunset!  At 4;37, very small numbers started to trickle into the air, with many just moving closer to the trees by the parking garage or trees and nearby rooftops.  Here is a single Crow just to the west of the garage:

Before sunset, only a few Crows on the nearby rooftops of Jackson Lumber and B&D Advanced Warehousing….

Minutes later, a slightly larger trickle of movement by the Crows from South Common up and towards the rooftop and final roost started 15 minutes after sunset. These movements usually start slow at first then become very pronounced, but always amazing to watch.  Was unable to stay longer to watch the full show, but this photo shows the Crows against the background sky filled with amazing colors, and Crows moving NE! 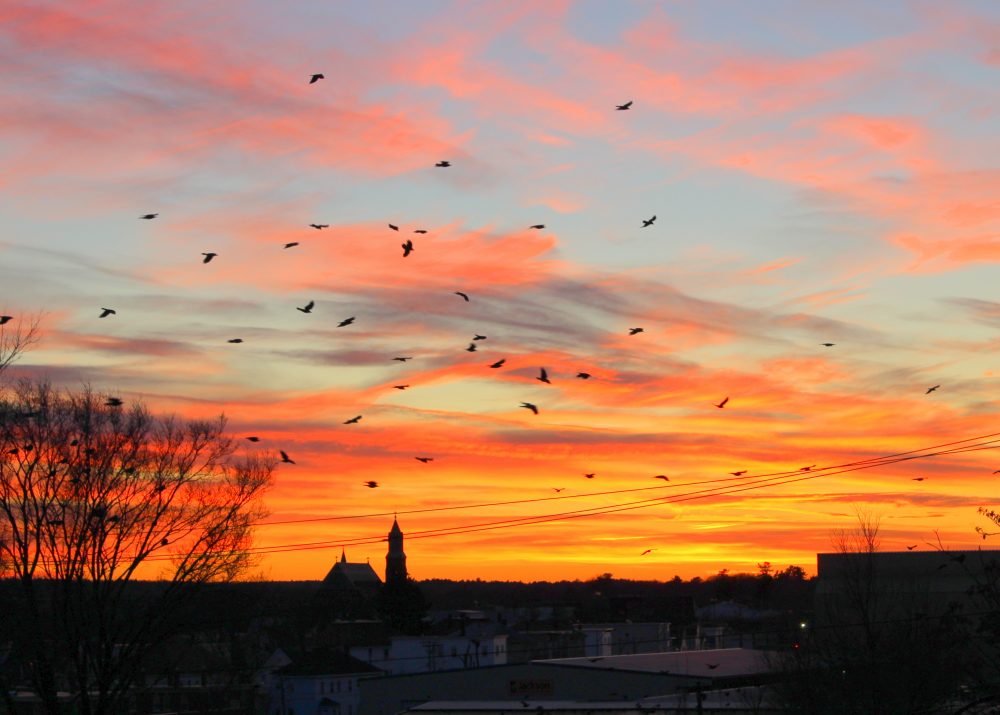 Then while driving northbound over Duck Bridge, swarms of Crows seen swirling around west of New Balance building and perching in trees along the south side of the river……all views against the golden colors of another glorious sunset!