While driving southbound over Duck Bridge a few minutes after 4PM, under mostly clear skies, calm wind, temp at 34F, and sunset time at 4:17 PM, large numbers of Crows were observed streaming in on flight lines from the north. Initial observations showed active staging in and around South Common, and farther to S and SE; made a quick tour along Market Street to watch the Crows in the trees and on the ground, all over the South Common, and vocalizing loudly! 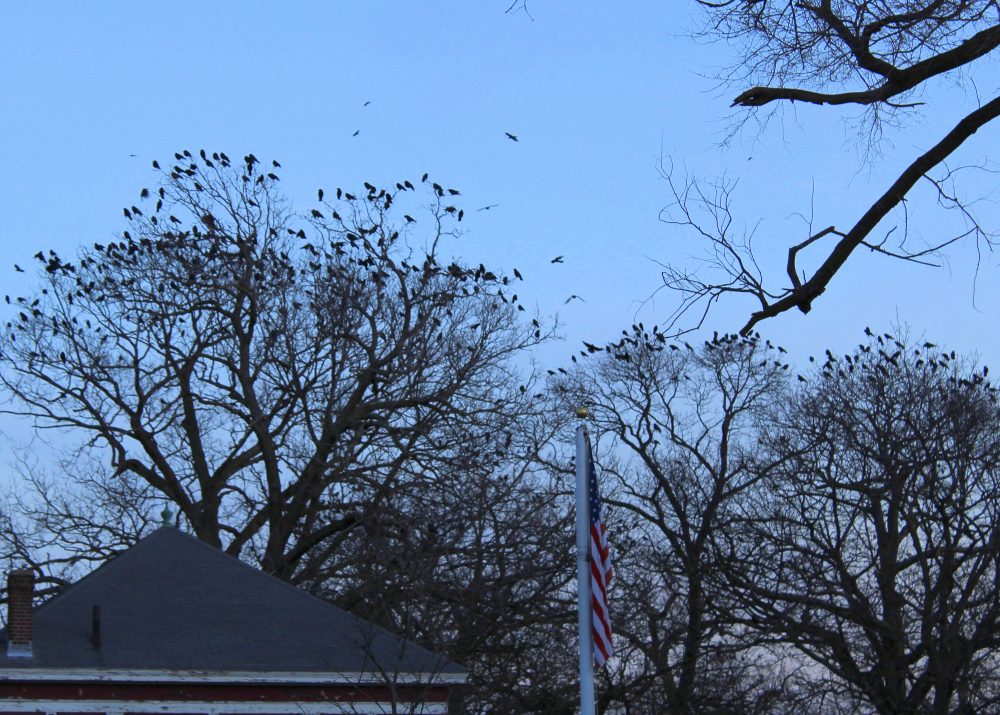 It was hard to know extent of extended staging action from street level viewpoint. Next, made way along Market St., and parked at north end of Foster St. to watch Crows land and gather on roof of B&D Advanced Warehousing; many were seen on edge of roof closest to railroad tracks.  They continued to stream in and gather on the roof and along the roof edge.  Viewpoint was looking east with the McGovern Parking Garage in background with Crow observers on the roof top! Then, moved around to South Canal Street to observe large numbers of Crows staging on nearby rooftops/roof edges along Merrimack St. and B&D.  The photo below shows many Crows lining up along the south side roof line of the red brick New Balance on Merrimack Street.  This photo was taken about 15 minutes after sunset time. 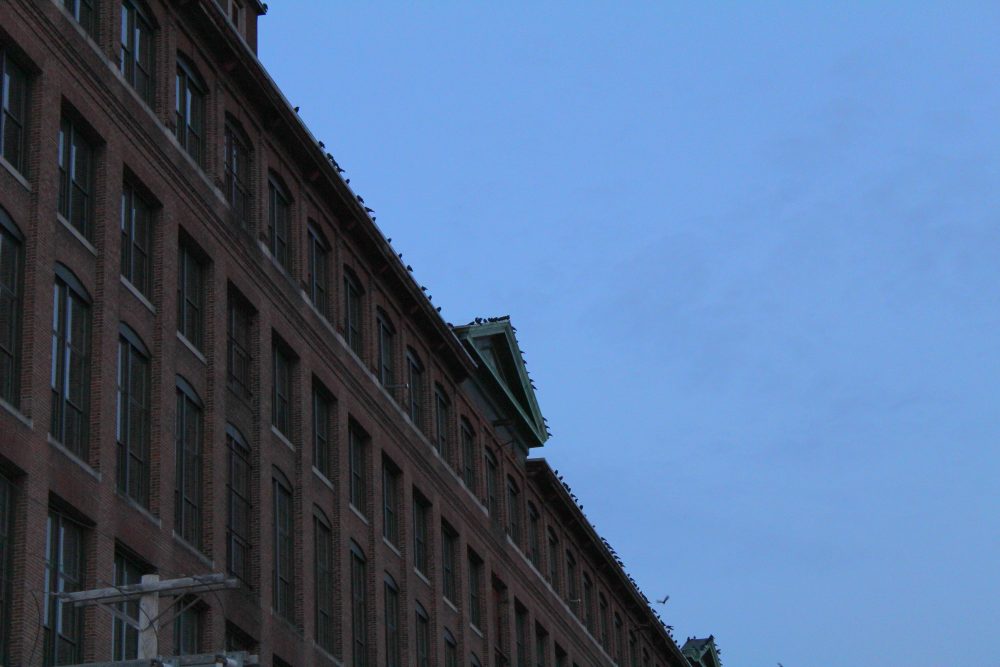 From the same vantage point, it was fascinating to watch the never ending river of Crows coming in on flight lines from the SE.  The stream was considerable and continued for quite a while.  At times the numbers became larger and concentrated if the Crows reacted to a loud noise like a train horn.  It is always a beautiful sight to watch the Crows against the fading sunset sky.  The photo below shows Crows lifting up and coming across Merrimack Street while looking in SW direction. 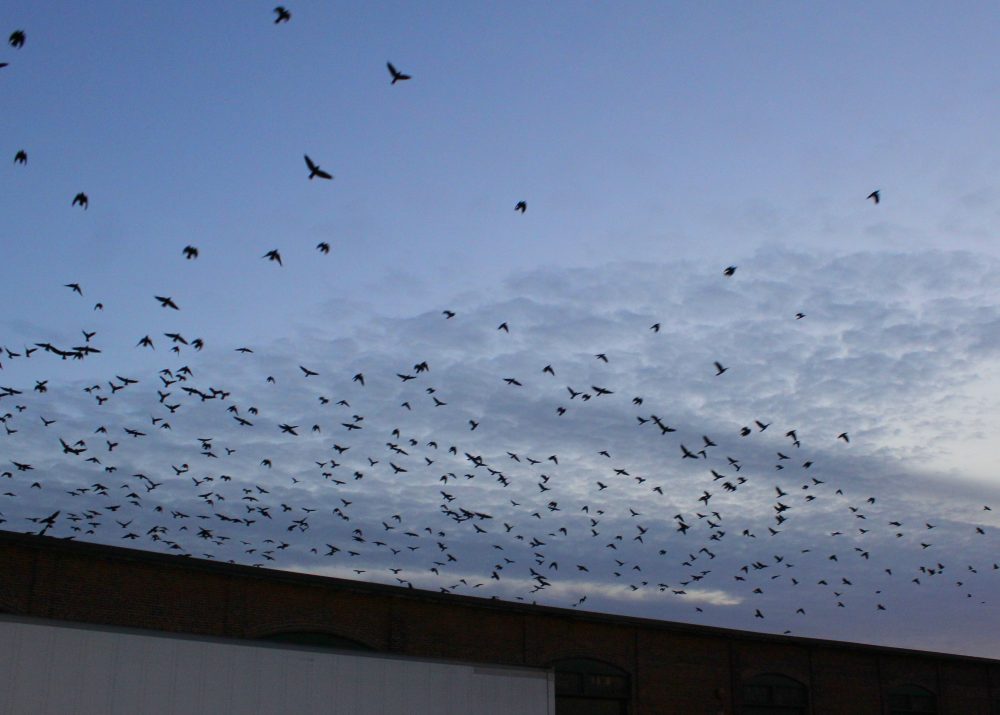 A moment later, a louder chorus of Crow calling prompted a turn to the SE and towards the McGovern Parking Garage.  Behold, yet another surge of swarming crows were working their way towards South Canal Street. 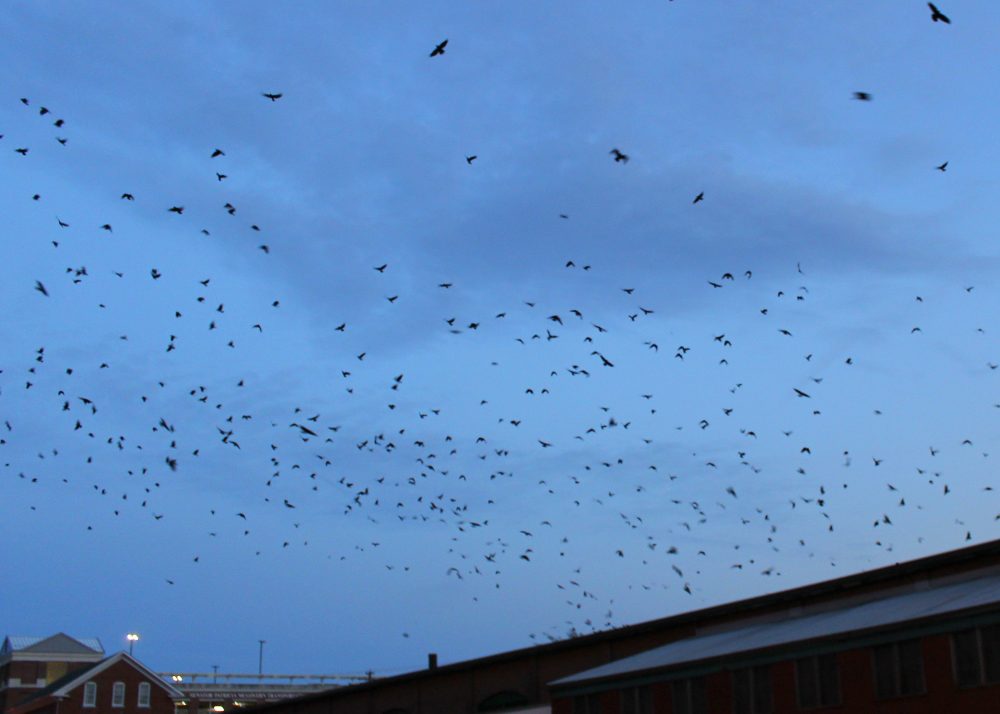 Just before leaving, had a nice opportunity to watch the Crows in and around the National Grid substation.  They gather here in large numbers, especially the Fish Crows.  The Fish Crows like to perch on the many utility wires and ofter times can be seen in numbers over 500 at a time.  They may remain on the wires for quite a time, and then move to final roost in trees along the Merrimack River. 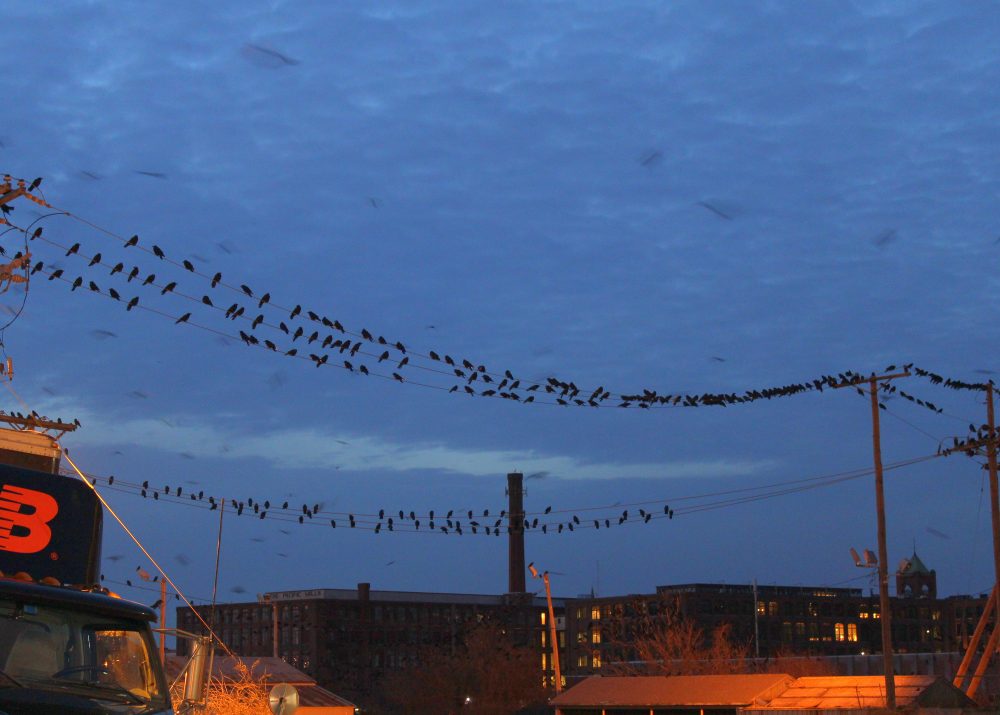