Sunset time at 5:37PM under partly cloudy skies, wind NW 9MPH, and temp at 35F….but wind off the water made it feel much colder!

Out on solo Crow Patrol starting almost 40 minutes before sunset; Dana and Bob will return to patrol duties Tuesday night after trip to Peru. Arrived at Riverfront State Park, and observed a few Crows in trees by Experiment Station, lots of Crows in nearby trees on south side of Rowe St. and further to the west in and around Everett St. and Fallon St. area, and many on the west side of the park; 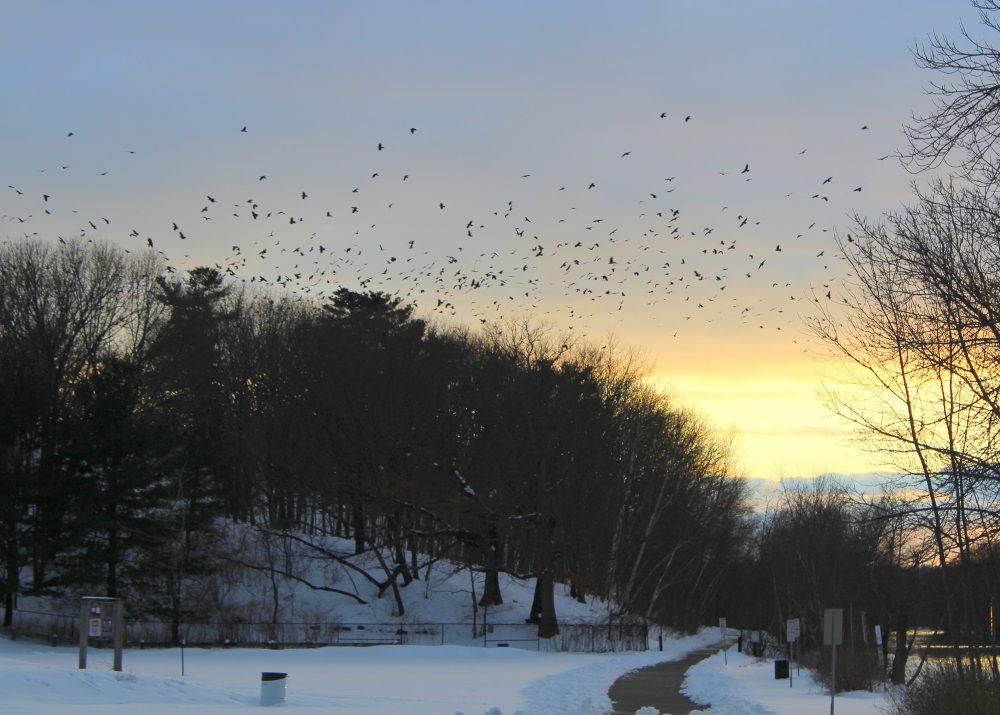 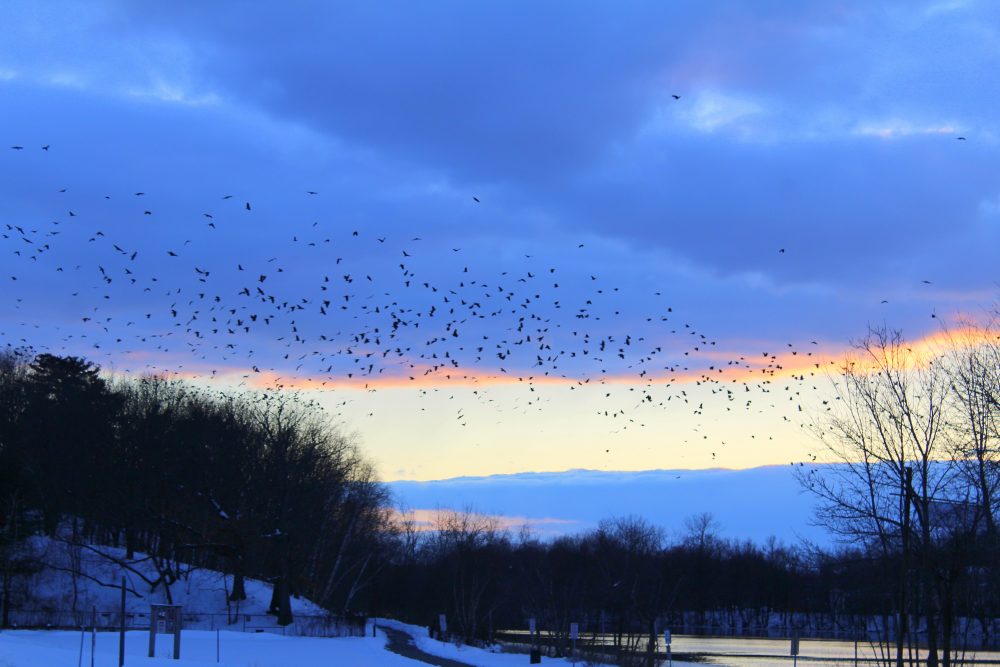 Small numbers seen on tree tops on north side of the Merrimack River, mostly to the east of the Boys and Girls Club, with growing numbers streaming in from the north! 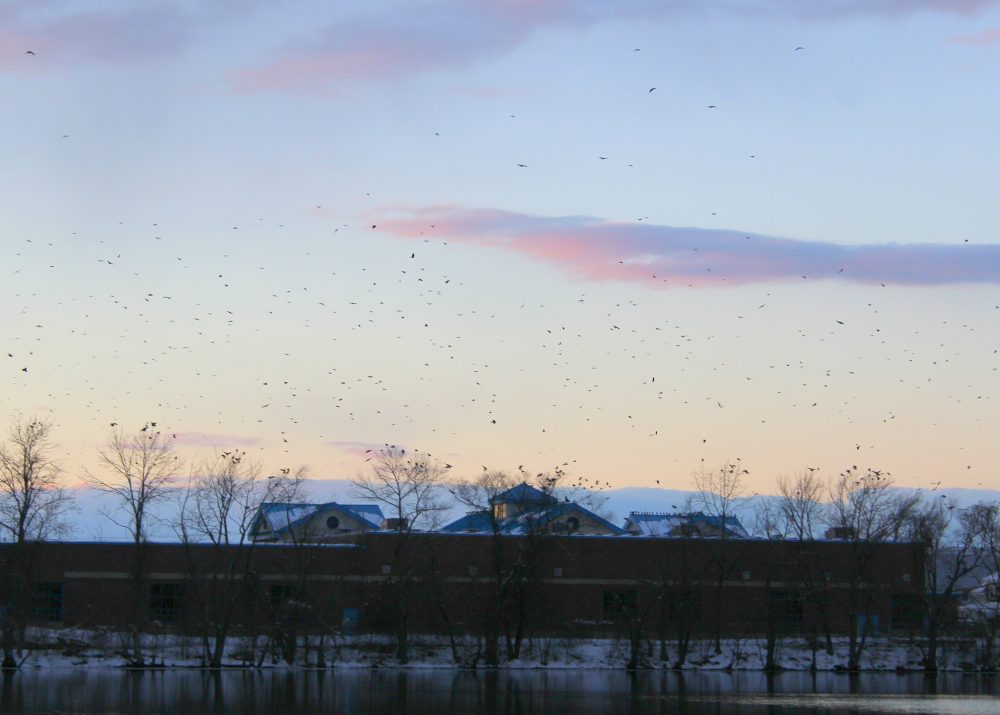 Lots of Crows tracks in the fresh new snow cover. There were also 300 Crows on a small patch of ice right near the Dam. 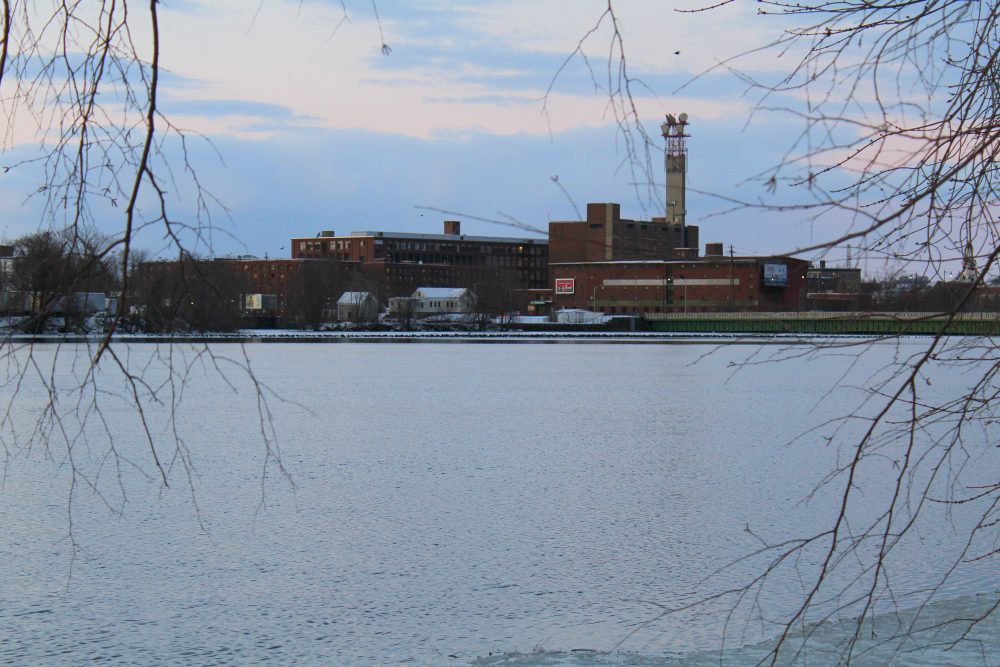 By 5:20PM, larger numbers were streaming into the growing mass of Crows at west end of the park, with slightly smaller numbers going into trees by Experiment Station, as well into trees over the river. 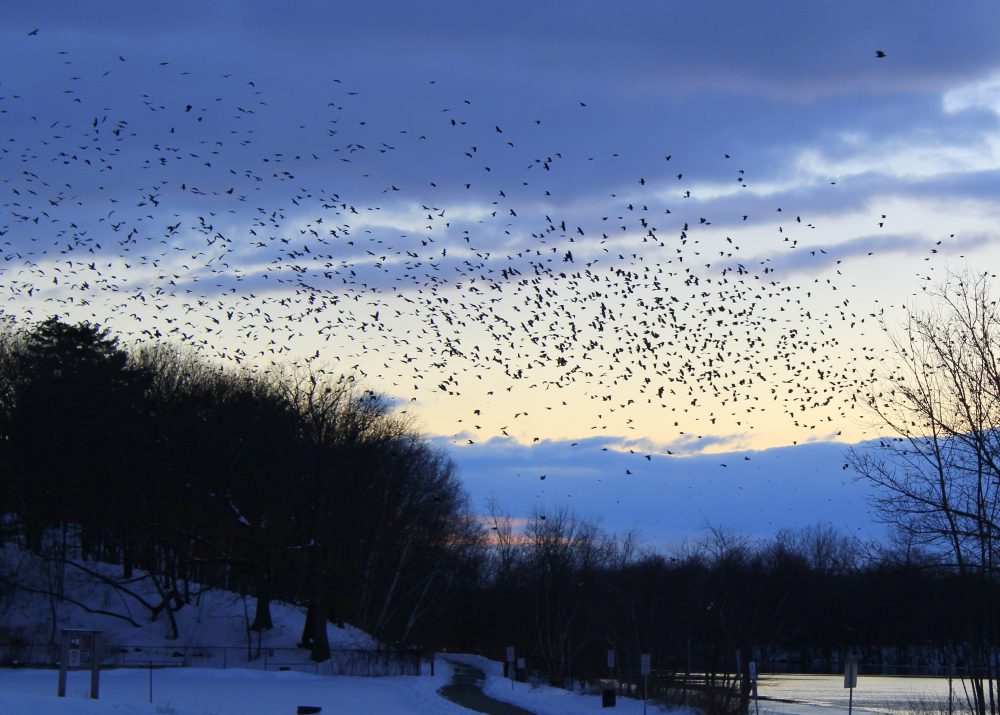 At 5:25PM, a helicopter flying from NE towards SSW, seemed to spook many Crows, causing them to rise up and split off in all directions. With more Crows streaming in, there were now bigger numbers concentrating in trees at west end of park and north side of river. Observed a number of dramatic upswelling swarms, with many Crows circling and landing in same perch, and others going across the river. 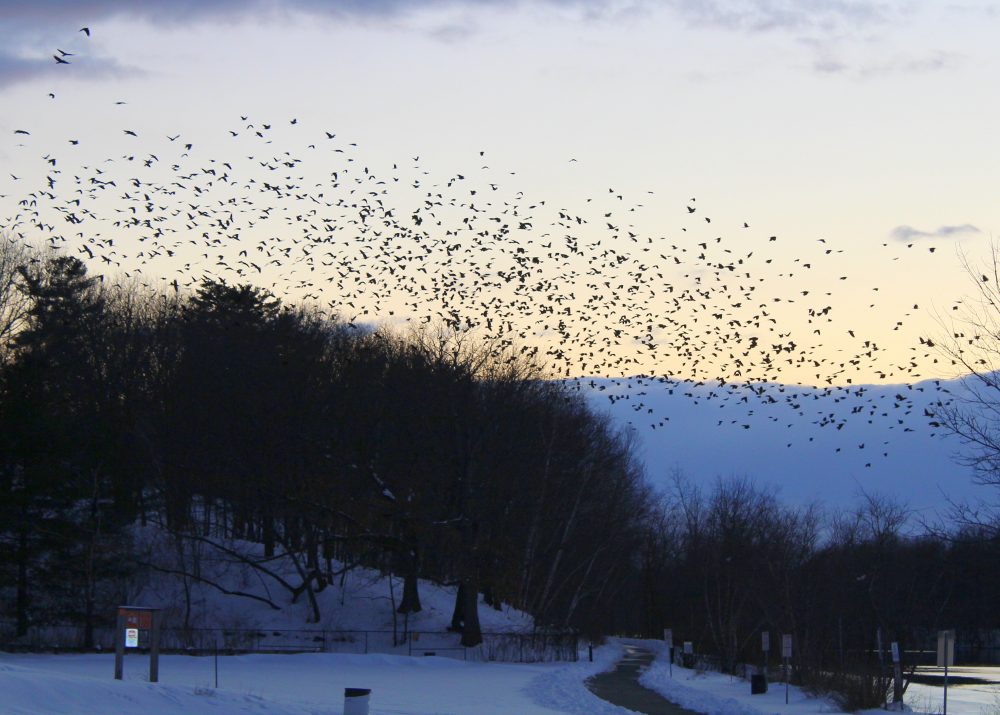 It felt like a tug of war on where the final roost would take place. Minutes before 6PM and now over 20 minutes after sunset time, many of the Crows were still on the ice, but most were moving to the north side of the river for the final roost in the trees from the Dam out to Riverview Place 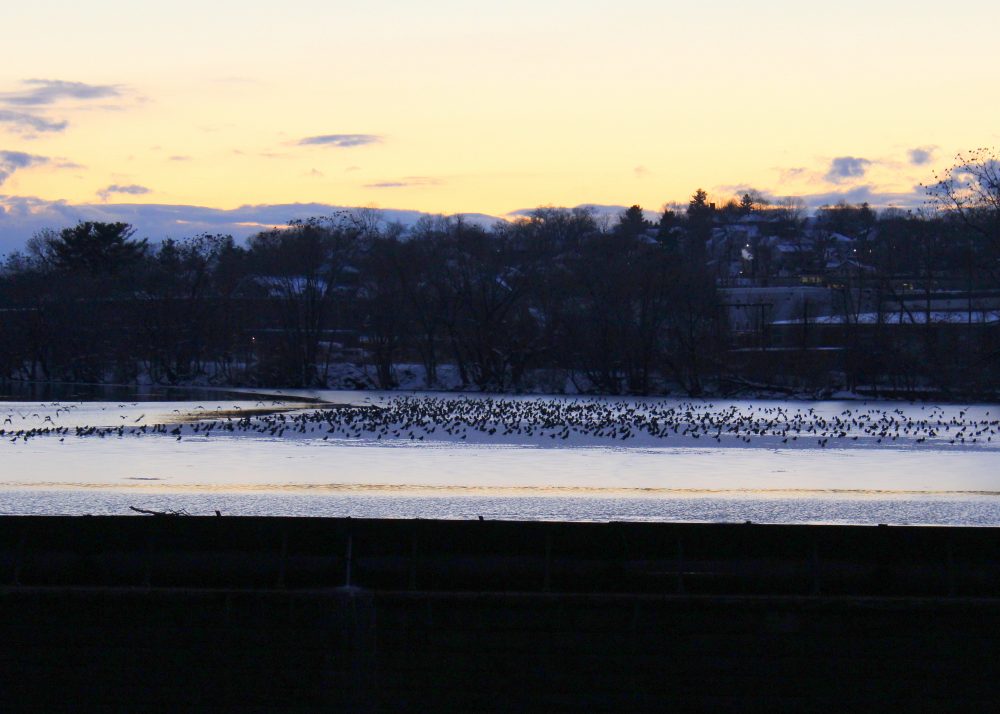 ….all the Crows and the majestic setting sun sky colors….WOW!