Met up with Dana and Bob atop the hill on Augustian Way at Immaculate Conception Cemetery with lots of staging Crows around on the ground, in trees, and again, on headstones. 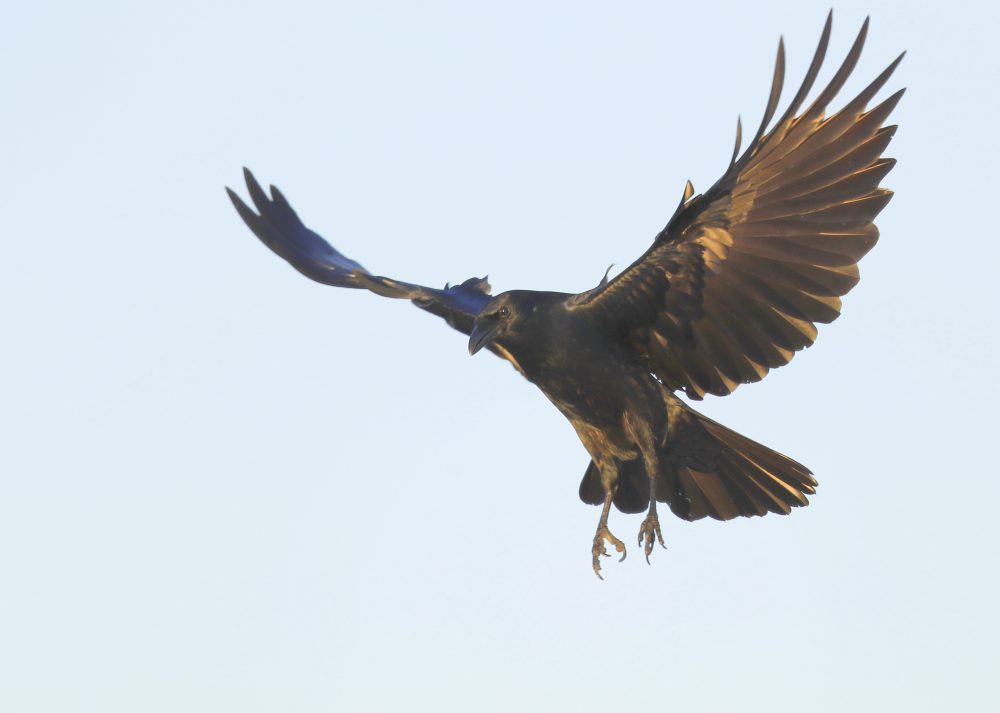 Offered up cracked corn and some remaining corn curls and the Crows gobbled them up. We scanned in all directions and observed light action in overall movements, and a few waves of incoming Crows. 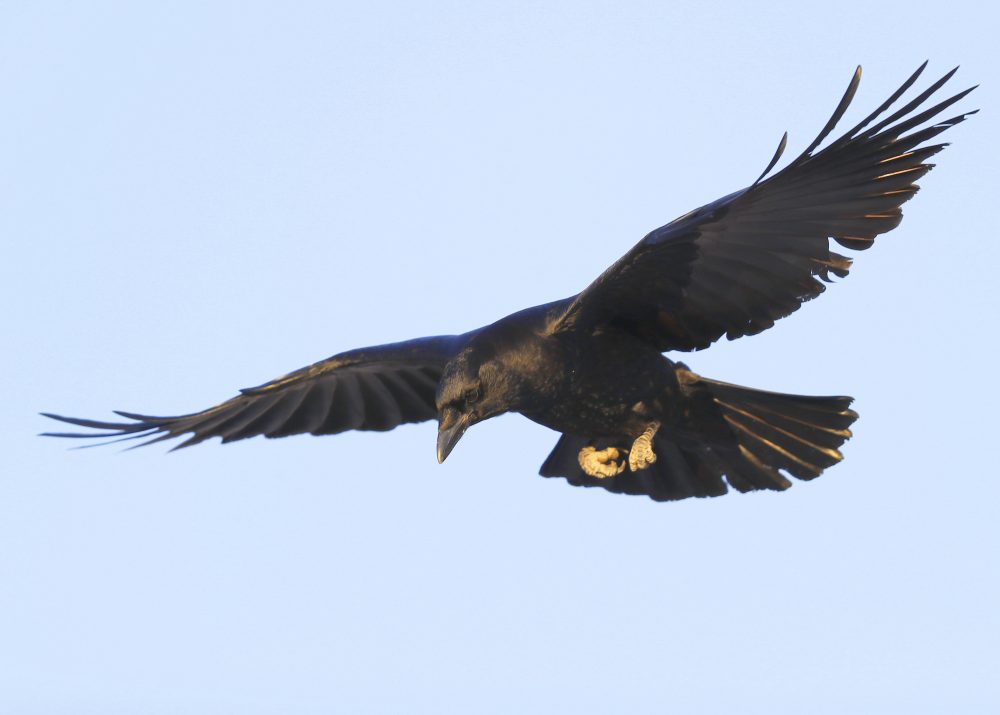 The vocalizations were active but not overwhelming. The clear light provided a few nice photo opportunities. 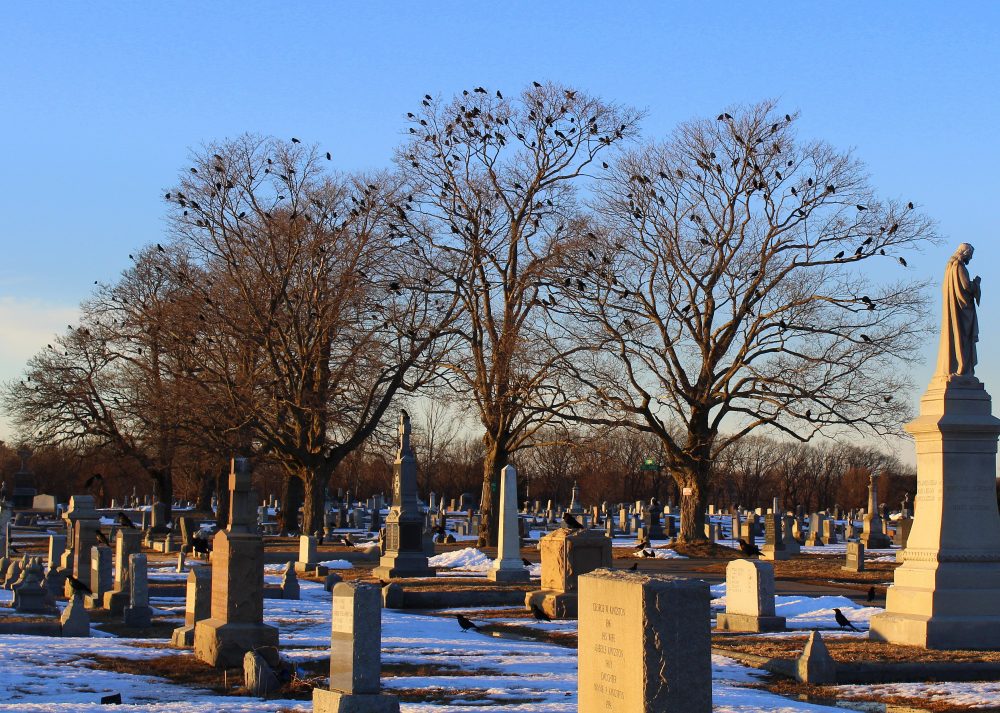 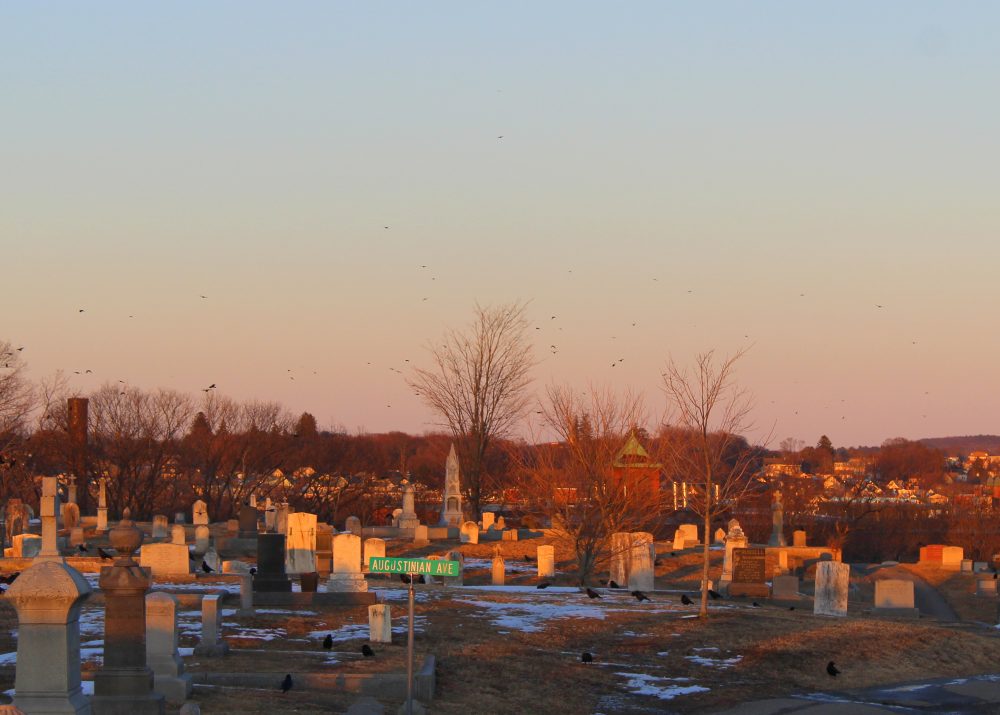 Had to head out just after 6:30PM, and made my way down to the Merrimack River, and headed west, looking for Crows along the way. Discovered 500-600 loitering near the intersection of Byron Avenue. Farther west, noticed a subadult Bald Eagle in flight along the north shore of the river, and then it slowed down and perched on a treee just before reaching the Rt. 93 overpass. Nice finish to the day! 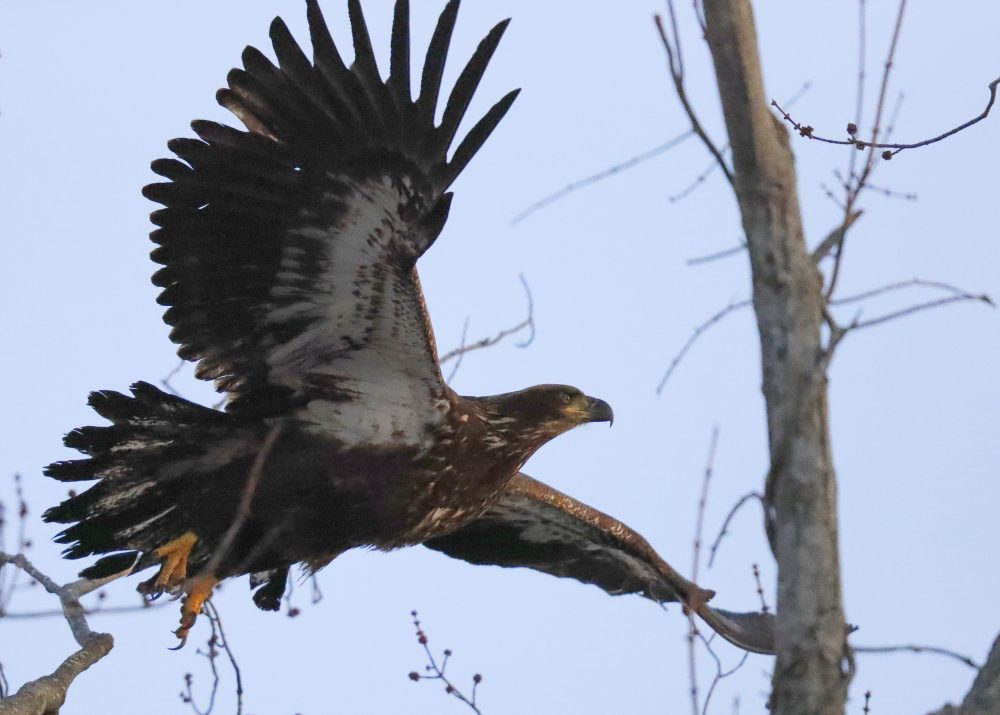 Later, Dana and Bob tracked the Crows down along Bodwell Ave and School Street to the overnight roost. As often happens, the pre-roosting area, or staging area, was just over a mile from the final roost, where they assemble in much larger numbers