Out on Crow Patrol tonight for close to two hours with two delightful visitors, Sylvia and Irene. They are long time friends and fellow avian experts. Sylvia Halkin, is a biology professor and field biologist at Central Conn. State Univ. with a research focus on how birds use their vocal repertoires and also on the winter roosting behavior of American crows; Irene Pepperberg is a research scientist noted for her studies in animal cognition, particularly in relation to parrots. She is an adjunct professor of psychology at Brandeis University and a lecturer at Harvard University. 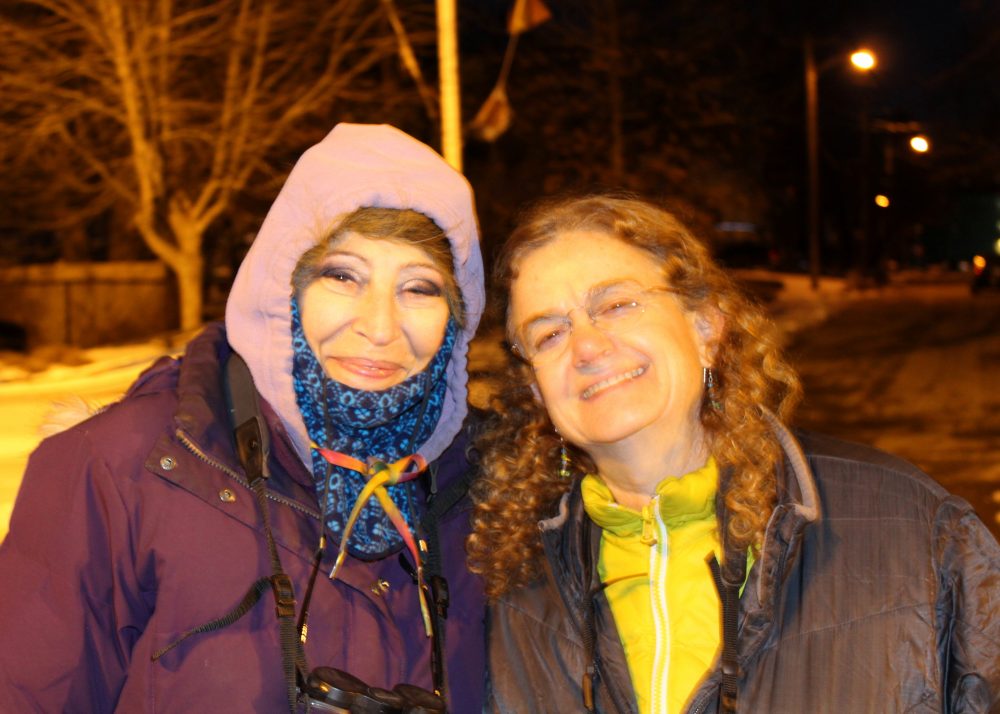 First stop was at the Ayer Mill Clock Tower area for a look at the Crows streaming upriver and heading west; then on to Riverfront State Park. The crows were seen staging on the ice near shore, in the trees on the west side of the park, and on tree tops along the north shore of the Merrimack River, just to the west of the Boys and Girls Club.  Photo below was processed with a yellow filter to enhance contrast of the Crows in the trees! 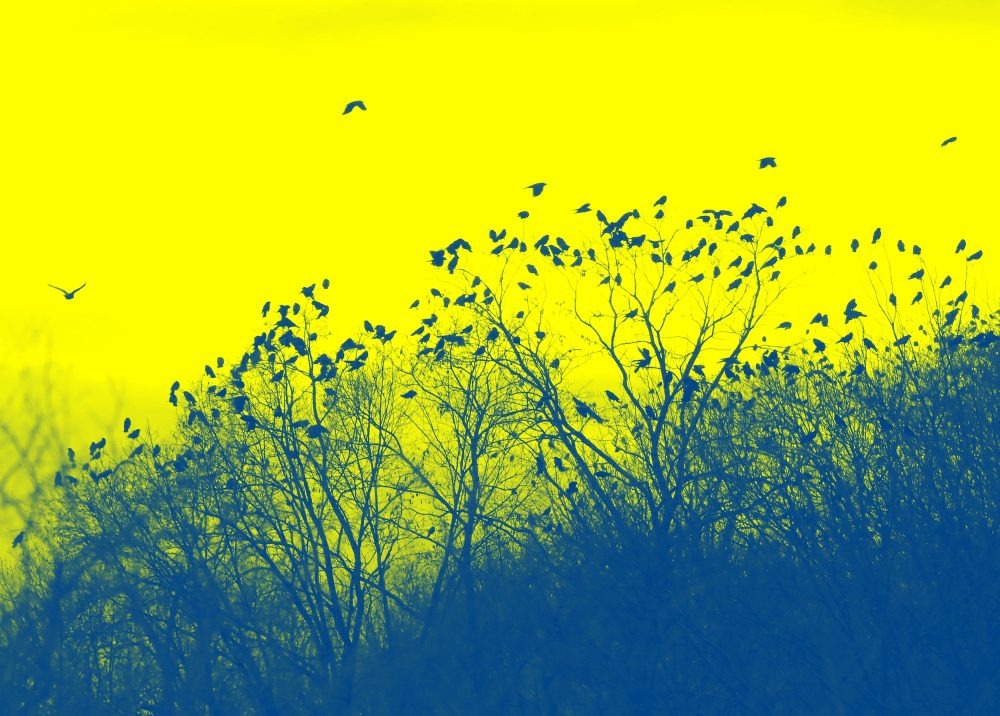 We moved up to the Bashara Boathouse, about 10 minutes after sunset, to find more Crows streaming in from the SW, growing swarms on both sides of the river, and larger groupings coming in from the Dam area and downriver. Here is look towards NNE across the Merrimack River as the gathering crows assemble and swarm around the tree tops. 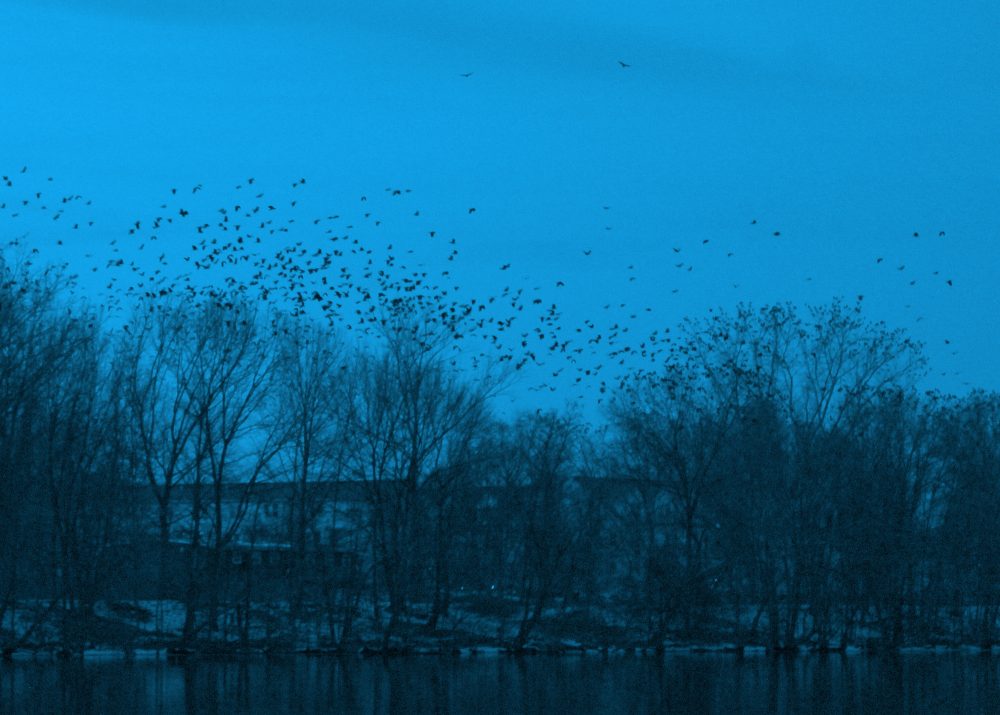 Many times the Crows lifted up in large numbers, swirled around in many directions, and mostly settled back down. As time moved on, the Crows seemed to congregate in much tighter numbers in the trees, on the river edge, along Nightingale Court and Riverview Place. As we watched, Crows kept arriving and converging in denser numbers in these trees. 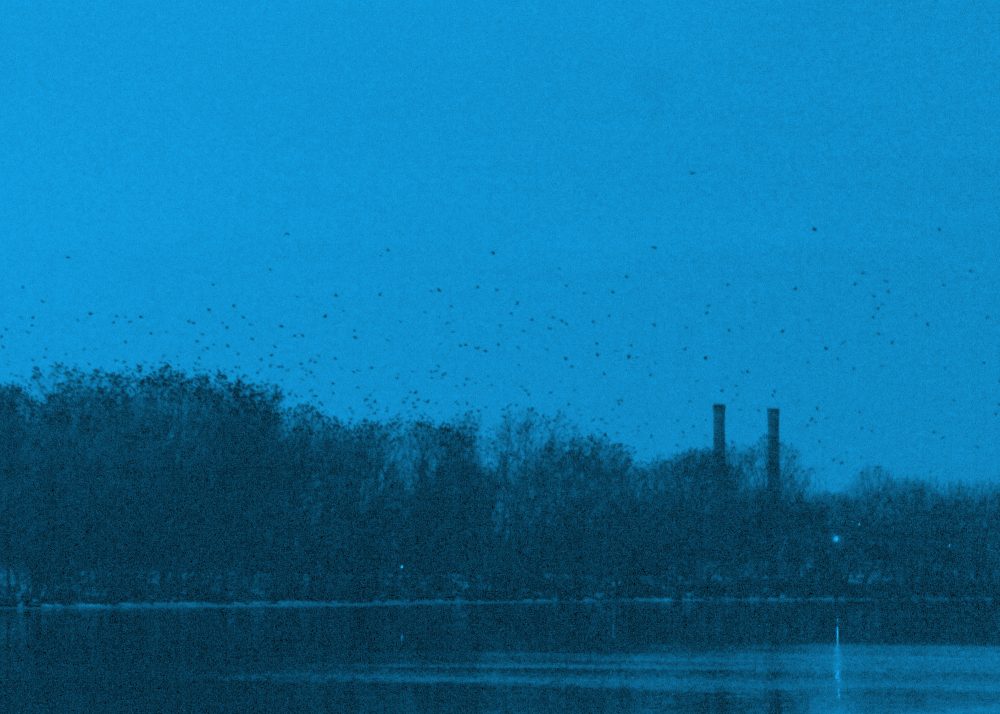 This is a final image before we departed.  It shows the Crows tightly packed in, in trees just a bit to the east, about 30 minutes after sunset.  At this point the lighting has dropped off and the ability to capture an image with much detail is quite a challenge!  This image was processed with a blue filter, again to help with contrast! 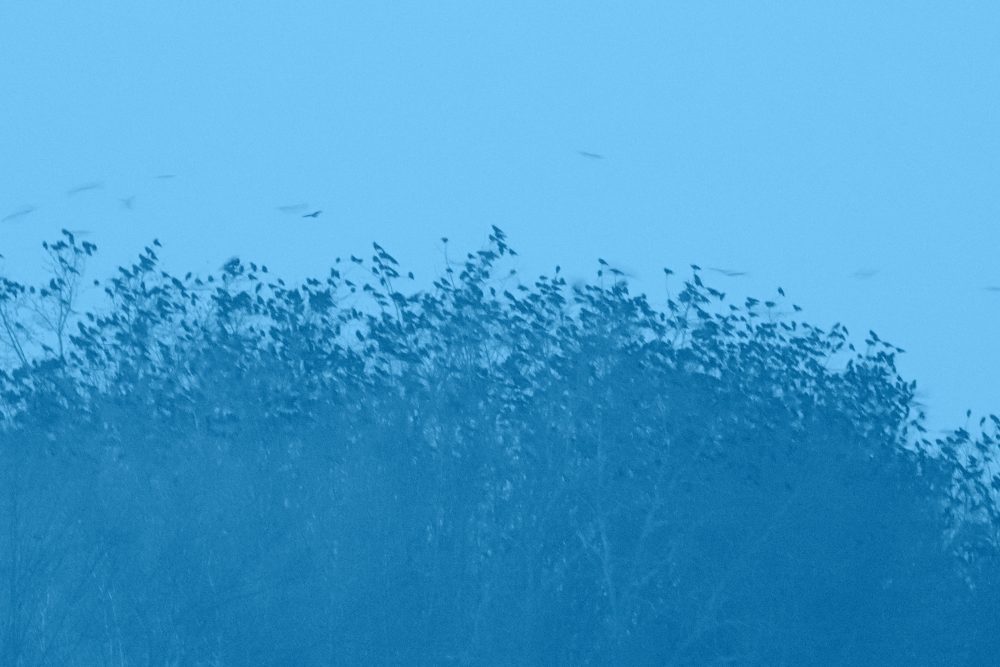 After dropping off Sylvia/Irene at Japu Restaurant at the north end of the Duck bridge, made a final visit close to 7PM, and observed the Crows densely packed in at the elbow on Riverview Place. Had an opportunity to capture an image, 90 minutes after sunset, with new night vision app on my iPhone! Another amazing night! 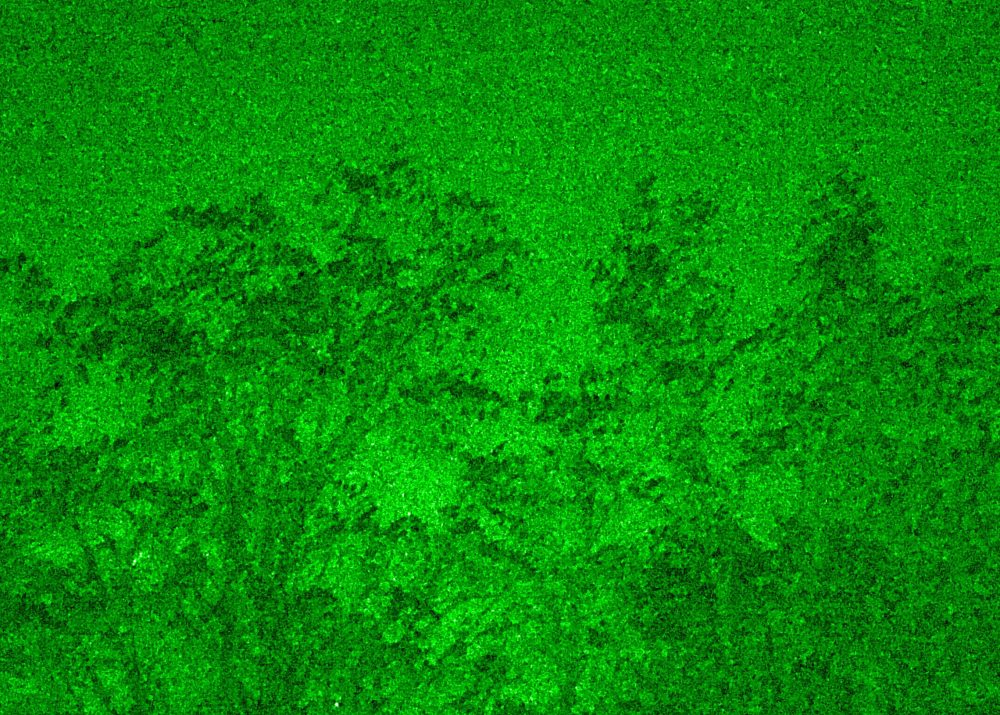