Stopped and observed Crows in staging mode starting at 5:20 pm and lasting for just over 25 minutes, under mostly sunny skies, wind from east at 7MPH, and temp at 57F.  Sunset tonight at 6:45pm.

The Crows were staging on west end and south side of rooftop on building under construction at 240 Canal Street; this property is known as Mill 240.  This $40MM mixed-use repositioning of a turn-of-the-century mill complex will include 65,000 square feet of self-storage space, 100 interior parking spaces, 198 apartment units in the 7-story, 350,000 sf Building #4 and 19 luxury storage units in the 30,000 sf single-story Building #6. 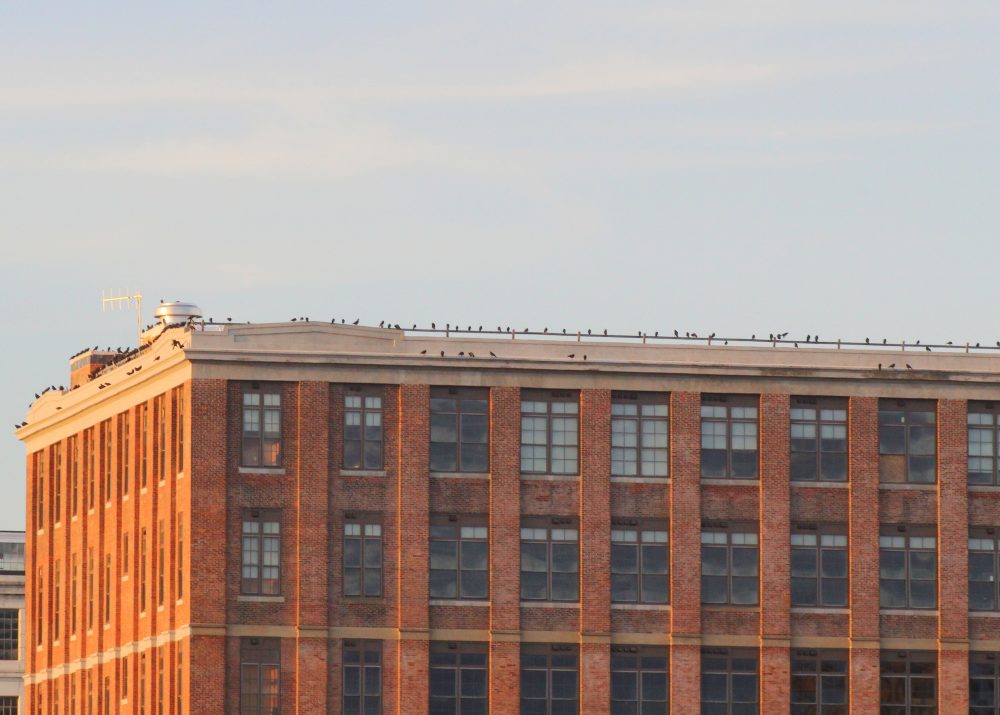 Having remained unoccupied for the last several decades, the riverfront building required extensive structural repairs. Featured in the recent Ben Affleck movie, “Live by Night,” the depleted state of the building was used to represent the 1920’s prohibition era! Who would have guessed?

Considered a high-rise by current codes, careful planning was required to address the mixed-use occupancy and egress requirements. A portion of the adjacent building has been demolished to make room for a new riverfront park and a separate dog park will also be created on the site.
The design will bring new life to the area and provide much-needed workforce housing in the region. Construction has been underway since October 2017 and completion is anticipated in 2018. 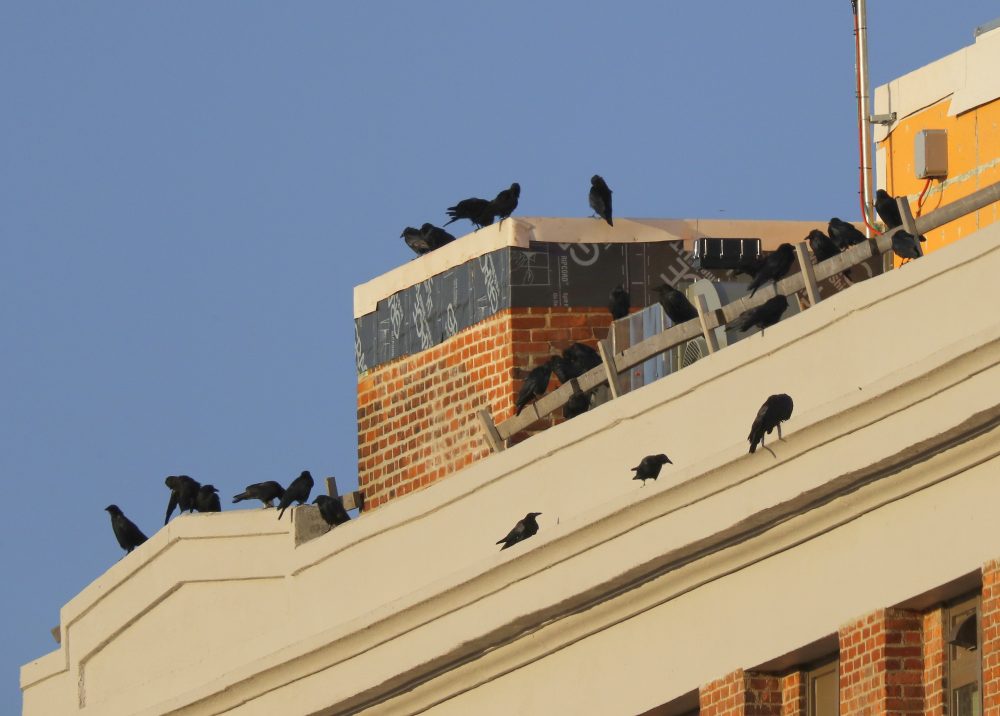 Here you see the crows staging at these west end of the rooftop area!