Crows staging on nearby rooftops!

Crows staging on nearby rooftops!

Met Sandy Selesky in New Balance parking lot under mostly clear skies with late day haze near sunset, wind from SW 8MPH, and temp at 34F, with a wind chill making feel like 27F.  We moved to South Canal Street, and observed very little action while it was still early; we then tracked and followed the incoming Crows. The action appeared to be a few blocks to the south; we drove over and cruised around South Common, and then along Market Street to sidewalk location where a splatter of cracked corn had been left on the sidewalk; this attracted mostly Fish Crows, and a bit of a feeding frenzy. 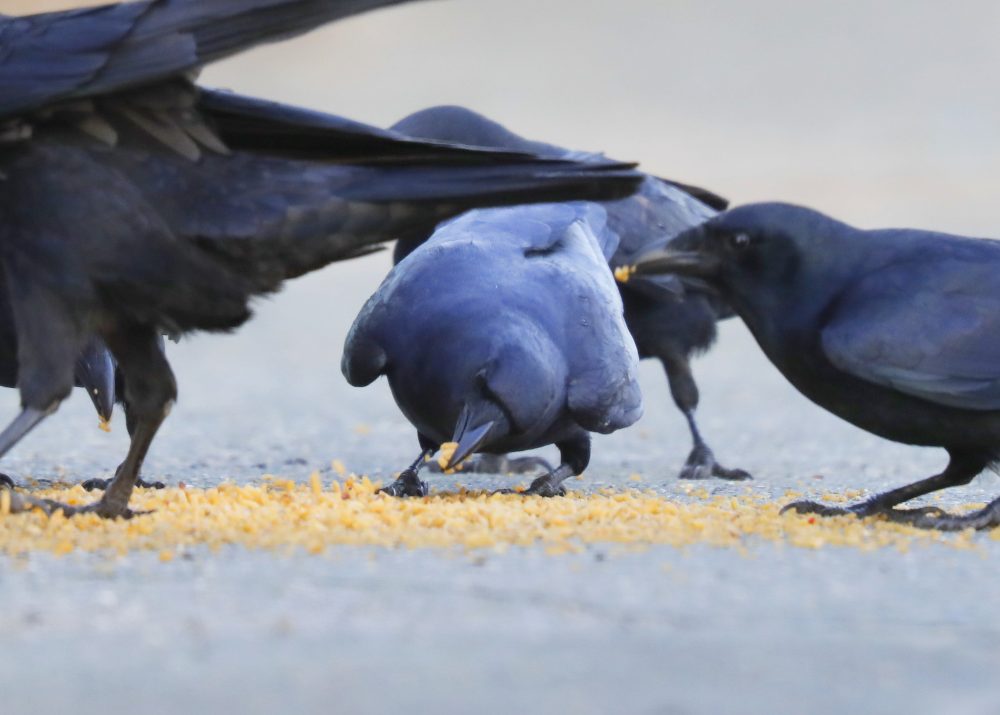 We circled back around to South Canal Street near truck depot; lots of Crow activity observed to SE behind main building for B&D Advanced Warehousing; so we decided to move to the top floor of parking garage; from that vantage point, observed massive numbers of Crows on warehouse rooftop, Jackson Lumber rooftop, as well as in nearby trees, and many circling and swirling in towards the roost. 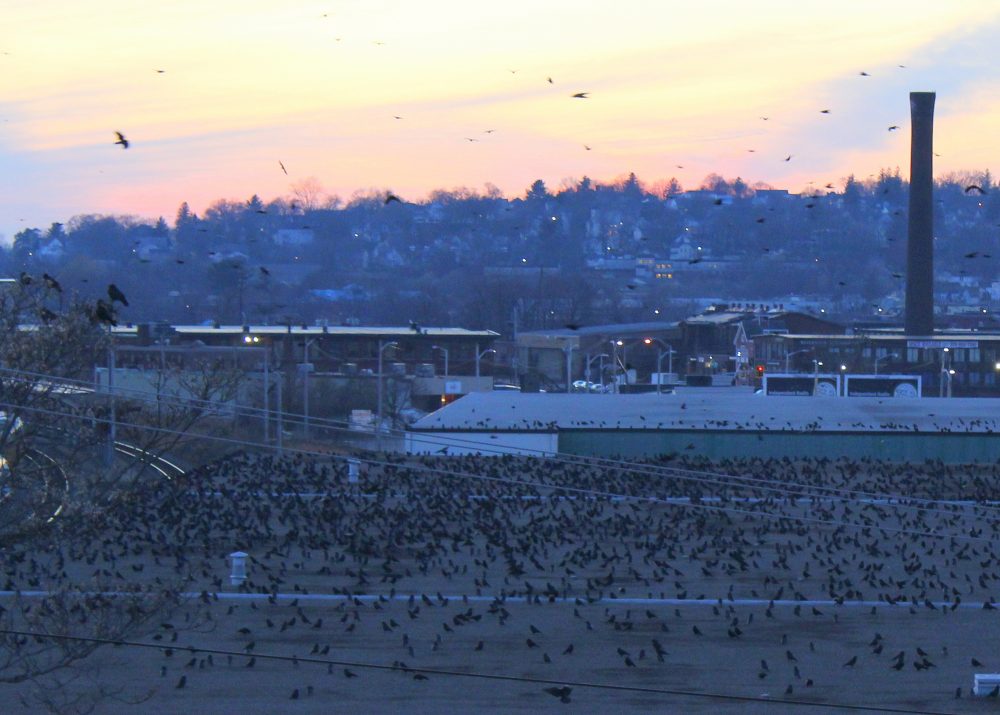 Our last stop by New Balance entry gate at start of South Canal St; there we met up with Dana and Bob to observe large numbers streaming in flight towards final roost in National Grid substation….WOW!  This final photos shows the Crows streaming over Merrimack Street just west of the New Balance complex about 35 minutes after sunset. 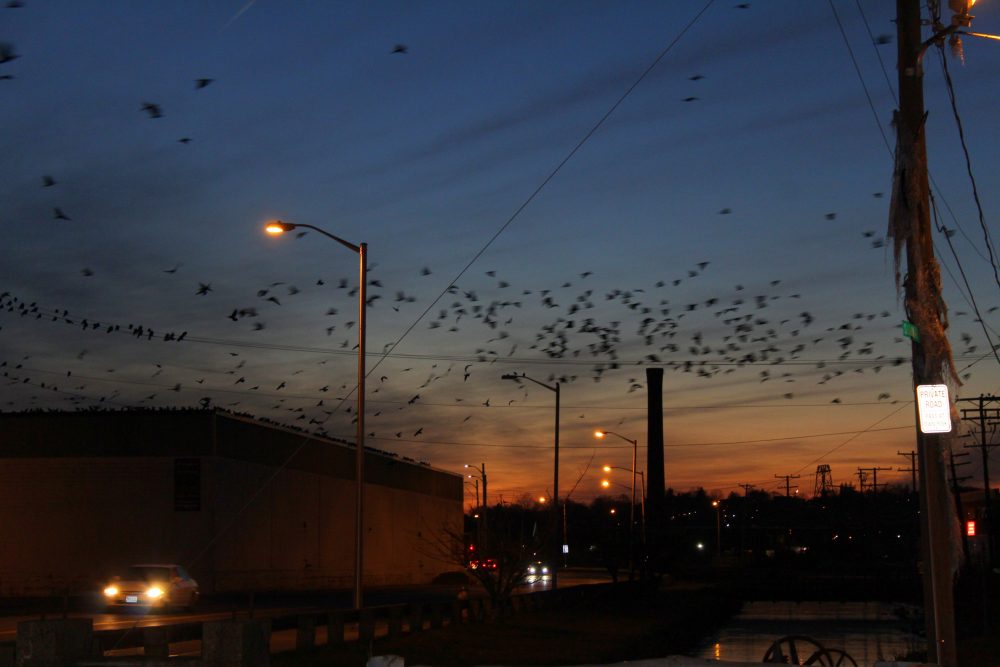