Made a pass along Merrimack Street just before 10AM; dark overcast skies, wind from east at 7MPH, and temp at 70F.  Drove east on Merrimack St. up to Casey Bridge/Parker Street intersection.  In addition to one Peregrine Falcon on the Clock Tower in the distance, noticed a handful of Fish Crows loitering in the New Balance parking lot area near the intersection.

A moment later, observed one of the Fish Crows dive bombing an Osprey perched atop a utility pole at NE corner of lot.  It was slowly ripping apart a freshly caught fish from the Merrimack River.  Not sure if the Fish Crow was just buzzing the Fish Crow or trying to snag the fish!  Ospreys are regularly seen in the area this time of year. 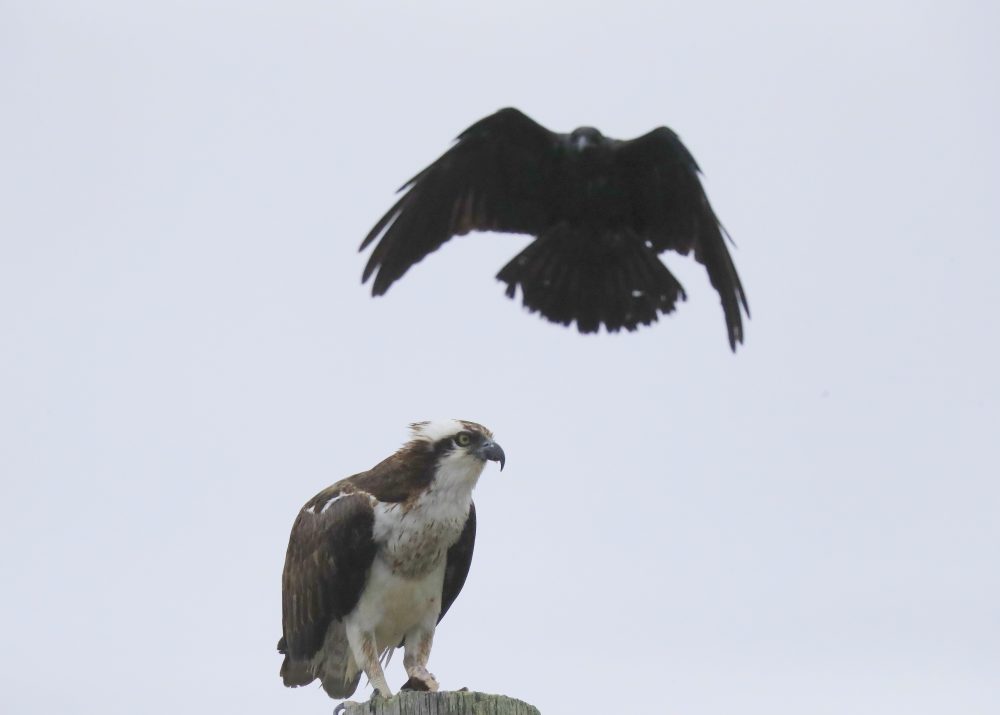 Had a chance to speak with the security guard on duty at the new Balance parking lot.  he mentioned that the Crows has only arrived, in that location, over the last few days.  The security guard command post has windows on all four sides with nice views in a directions, so a good lookout post. 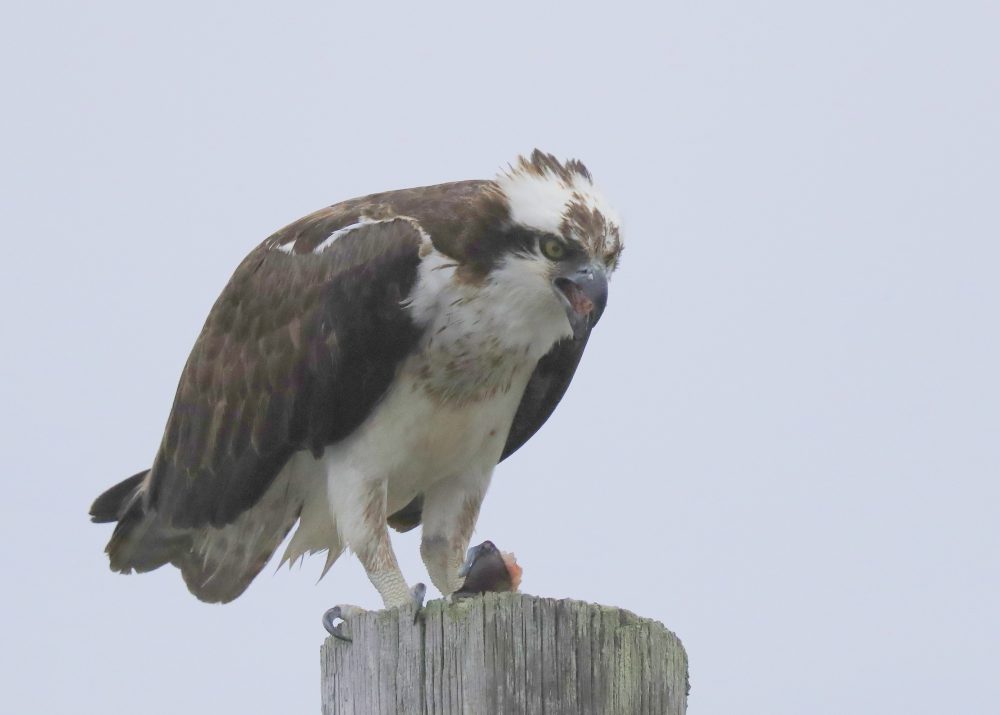 Later in the afternoon, while heading out of town, stopped by again and observed the Crows again in the grassy area on the west side of same New Balance parking lot. Made careful observations on vocalizations and with that easy to identify the assembled group as Fish Crows.  They have a very distinctive single note “cah” or “ca-ha” calls, both with nasal tones.

In the afternoon visit, made an accurate count of 46 Fish Crows while observing from inside my SUV, so as to not disturb them at all.  Then made a move outside of car on far side, away from direct view of Crows.  Slowly secured long lens camera, and carefully rested on upper part of the hood, near the drivers side front windshield, again, to minimize disruption.  Was able to capture a few portrait shots while they were prancing around! 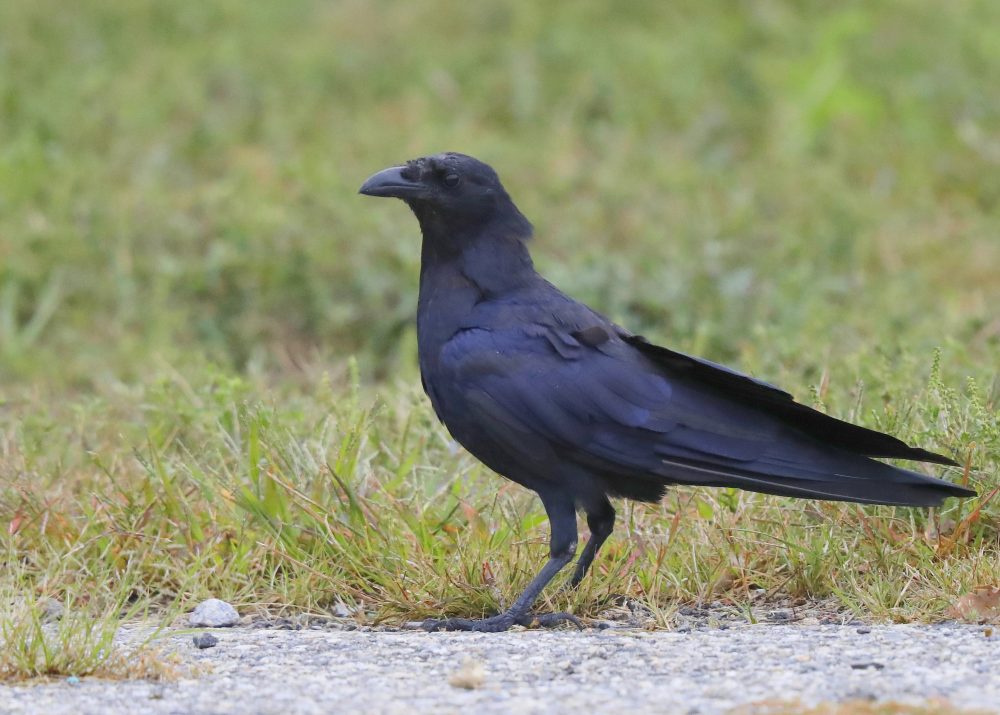 Love this portrait of the Fish Crow against the green grass background!