Observation notes: clear skies, bright sun, wind from the W at 10MPH, and temp at 82F

The gang of young Fish Crows continue to hang out around the Ferrous Site, and are being seen in late afternoons and early evenings.  They spend time perched in trees, on utility wires, on fence tops and posts, as well as foraging on the ground.  The unique calls help to make positive ID. Had a chance to offer up peanuts by throwing out in a wide arc on the ground.  The Crows were not in a rush to dive in.  They waited, looked around, and seemed to want another bird to go first.  Then one of them landed close, approached a distant peanut, stretched out its bill, snagged the peanut, retreated a few steps, launched into flight, and landed on a nearby low wooden fence rail. 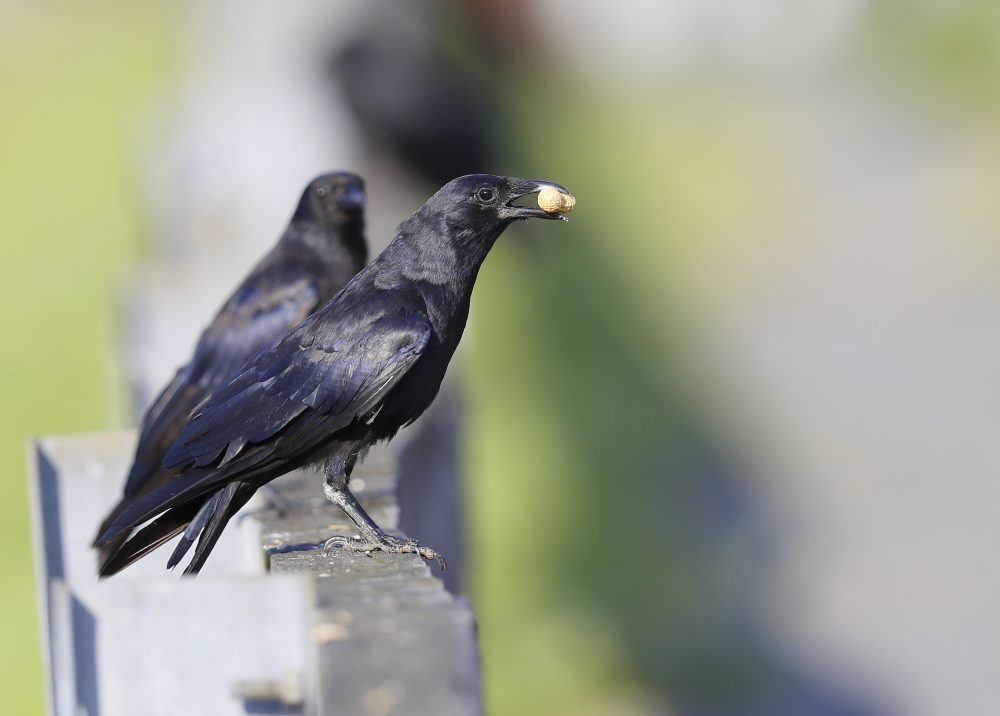 This cat and mouse action went on for 10 minutes before they settled down, dropped their cautious ways, and seemed to relax as the group milling around on the ground grew larger. Other Fish crows came and went but the overall numbers remained steady.  They vocalized off and on, but mostly called to each other.  It was nice to capture the portrait image below!