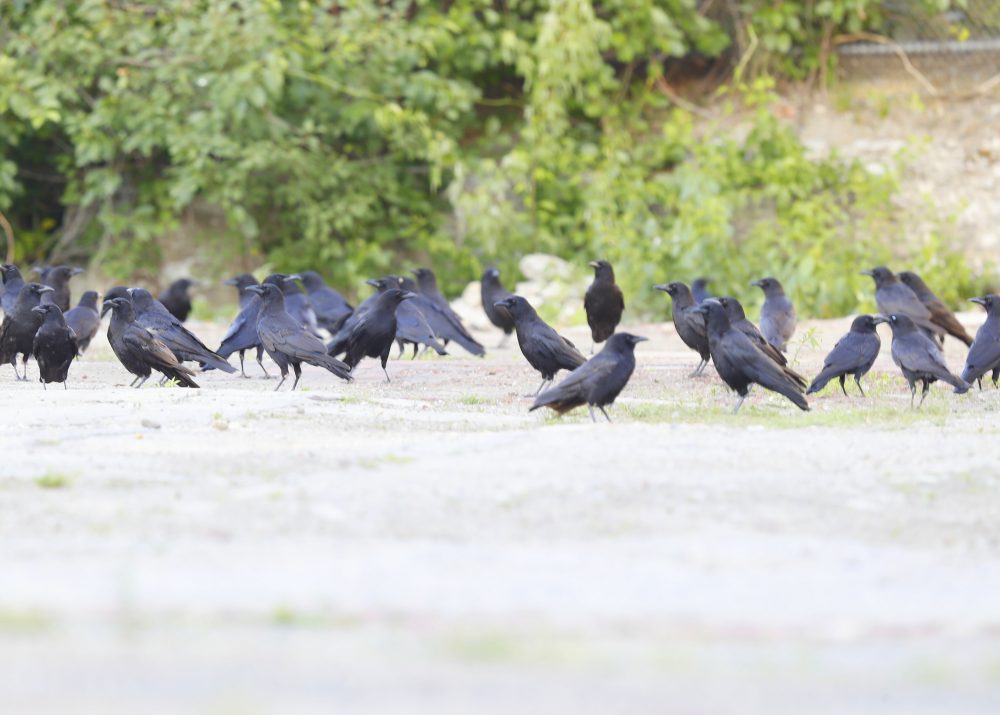 Again, initial observation area was from the truck depot along South Canal Street, west of the New Balance complex. Over 200 FICR’s were observed in the general area. At the start, they were milling around on the ground, perched on utility poles and wires, as well as a number of trees on the south side of the Merrimack River, and nearby low level rooftops. They arrived in small numbers from all directions. A number of times, with no obvious reason, they raised their vocalization levels rose up in flight, and then settled back down. 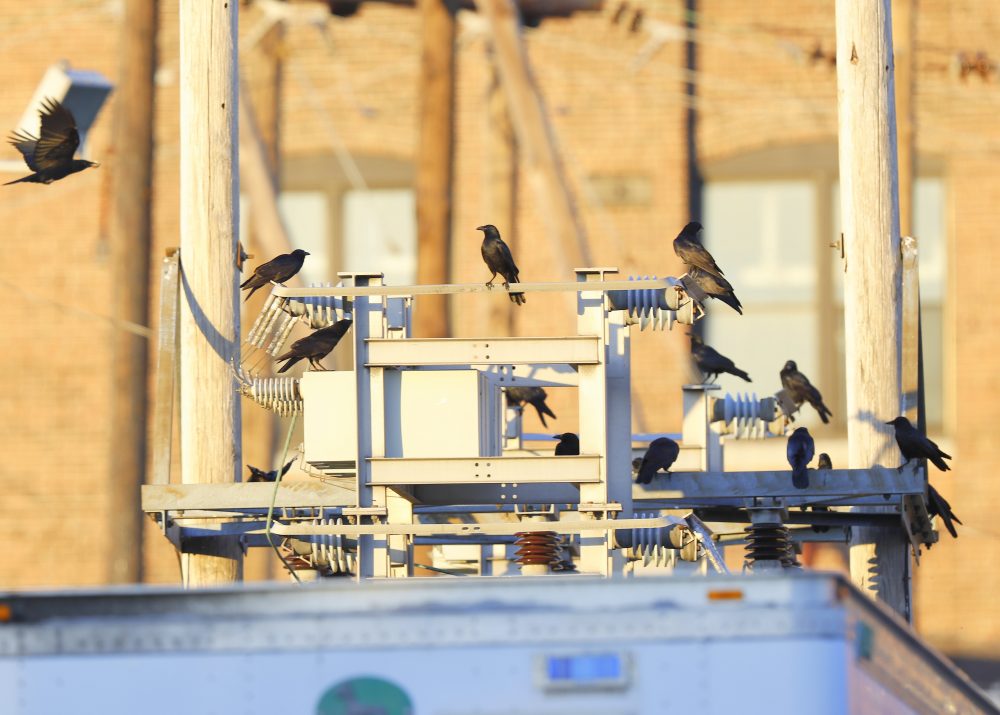 About ten minutes later, the FICR’s started to assemble on one of the rooftop assemblies inside of the National Grid substation with lots of vocalizations! 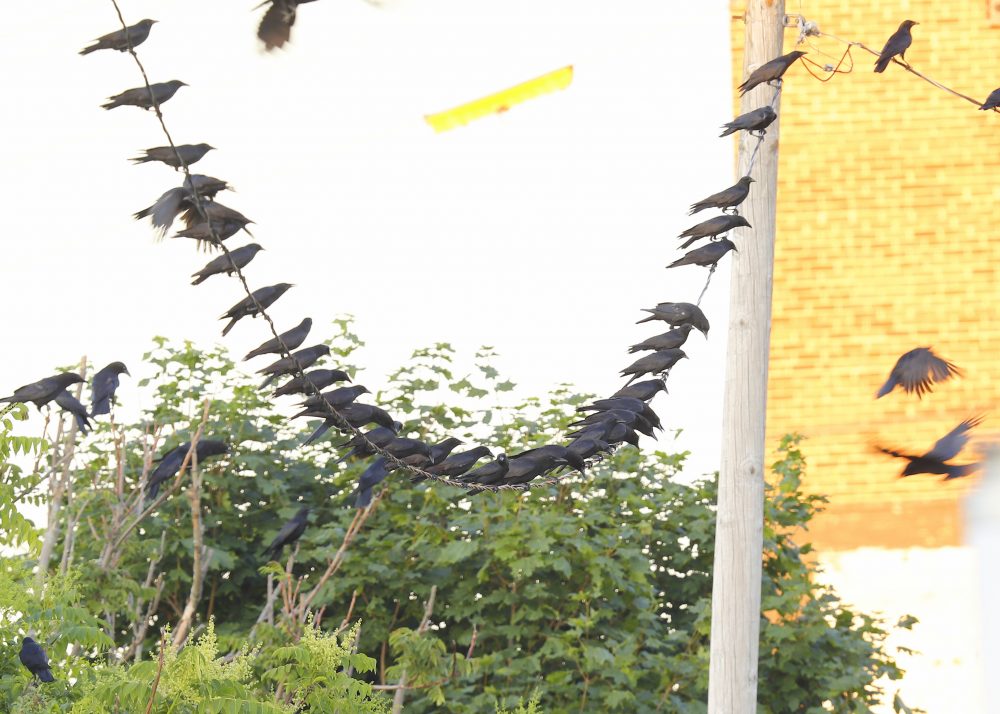 Around 8PM, and about 25 minutes before sunset, the Crows had some fun perching on this drooping utility wire. As usually happens, they perch in a uniformly way with somewhat equal spacing from each other at every location along the wire. This happens when large numbers perch on rooftop edges; always with equal spacing between each bird. The photo above looks like a garland of Crows! 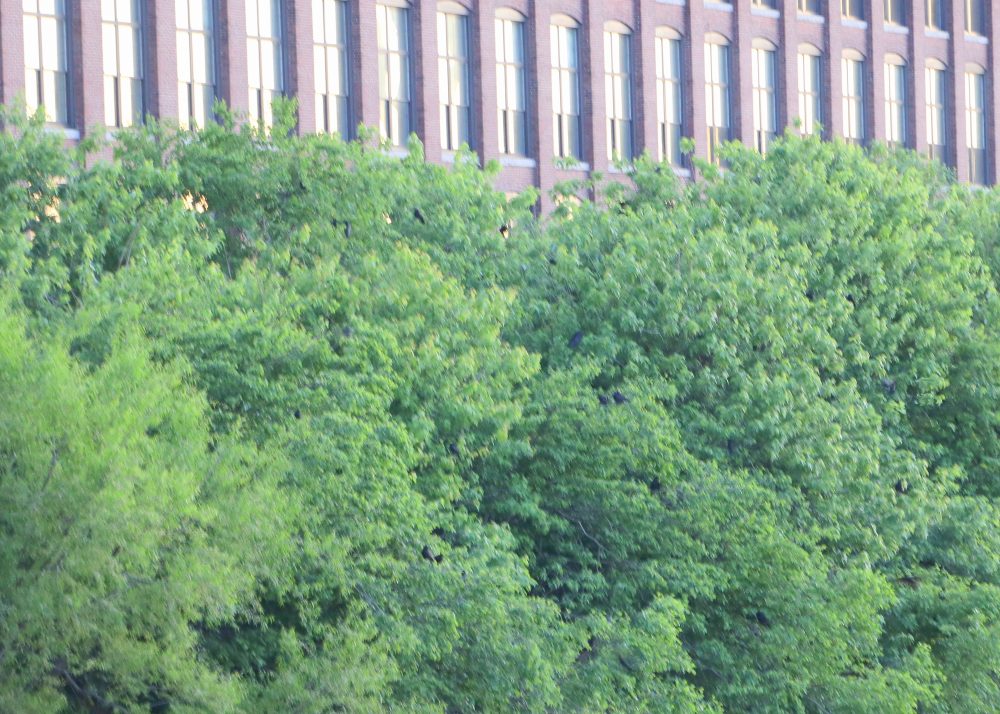 This final image above, taken about 10 minutes after sunset, shows a few of the Crows in the roost area.  They fly into the treetops, and perch for a while, before ducking under the outer canopy from the top of the crown and down the sides, with intermittent vocalizations.