What a joy to observe a swarm of crows gathering and staging recently before sunset. It was nearing the end of a bright sunny day with mild temperatures and light winds. The crows were foraging on the grass just on the edge of the New Balance parking on Merrimack Street near the southeast corner of the Casey Bridge located at corner with Parker St. 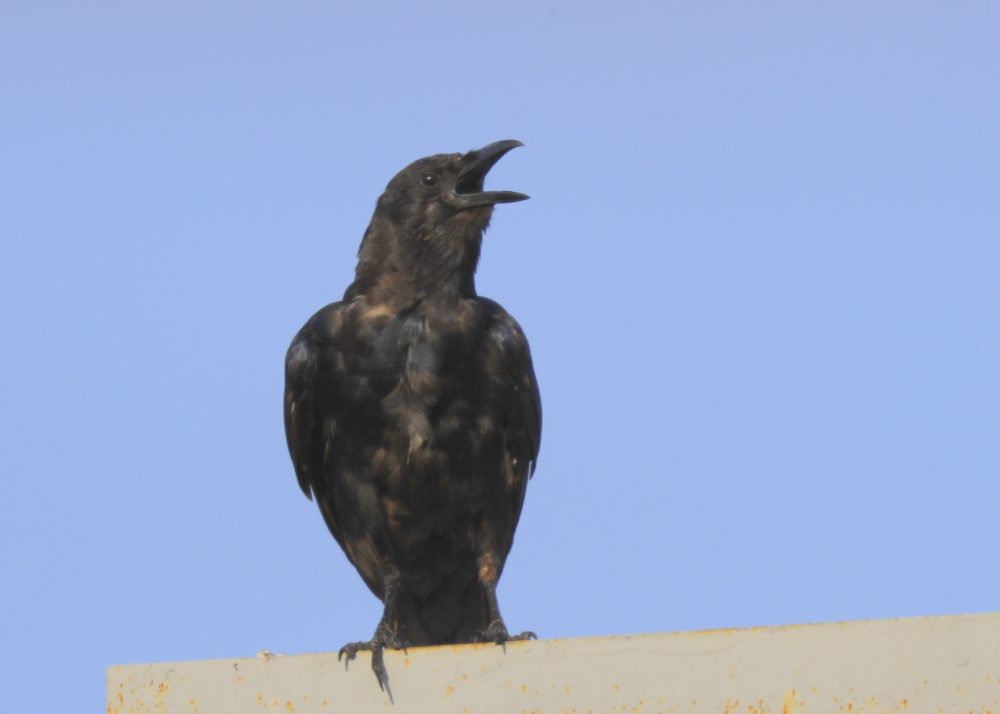 After listening a bit closer, it became clear that these were all Fish Crows. The calls were very distinctive with nasal “ca-ha” calls. Not sure if they were migrants moving further south or just early arrivals as part of the Winter Crow Roost. Just one of many fascinating questions about these wonderful Crows.

Kevin McGowan has written an informative piece to help with telling the difference between a Fish Crow and an American Crow:

· Fish Crows tend to be smaller

· Visually, are difficult to tell from American Crows

· Unless lots of experience, only safely done by voice

· McGowan, with lots of experience, is accurate only about 80% of the time

· Both species all black, and similarly proportioned, but differences exist

· Fish Crows are smaller; but size difference is difficult to detect

· Fish crows have faster wing beats than American Crow, but not definitive

· American Crows stretch their necks; and do not substantially fluff throat feathers