Met up with members of the Merrimack Valley Bird Club, along with a number of others at the Marston Medical Center along Marston Street in Lawrence. The Crows arrived early tonight and the incoming flight streams, many from the south, just kept coming in until about 35 minutes after sunset time. This image below, looking SSE, and on the east side of the medical building, was captured about 10 minutes before sunset time. 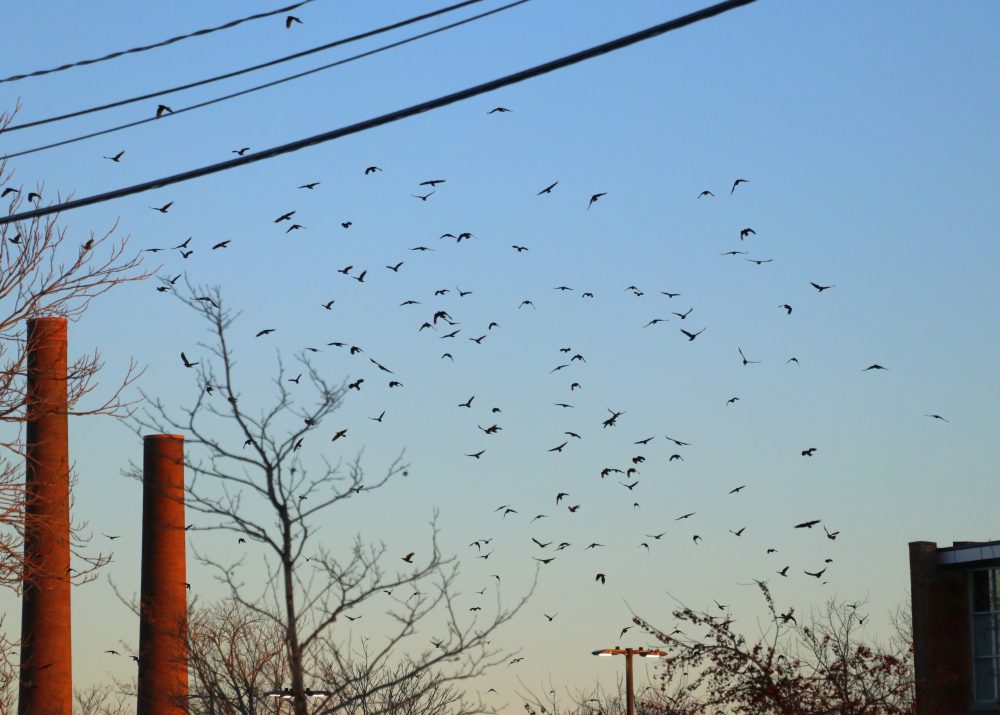 Often times during these incoming flight streams, you have to keep turning your head in different directions to take in all the action. A few minutes after  sunset time, we observed flight stream coming in from the west, and quite a sight against the orange yellow sunset sky. 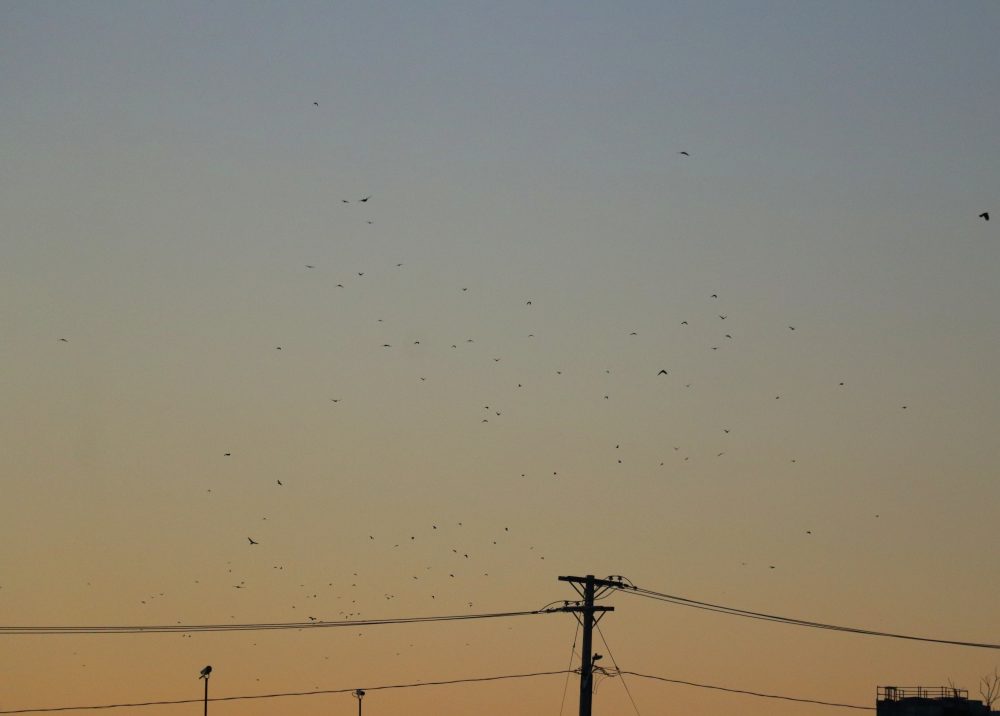 The Crows largely assembled in trees along the north side of Marston Street and back up the sloping hillside. We had one of the most extraordinary nights with an endless series of huge flight bursts from the trees, in a SW/W/NW direction, out over the Marston/Prospect Street intersection. It simply takes your breath away to watch these huge flight movements. The Crows usually will make a large flight circle and return to the general roost area. This image was taken about 22 minutes after sunset time. 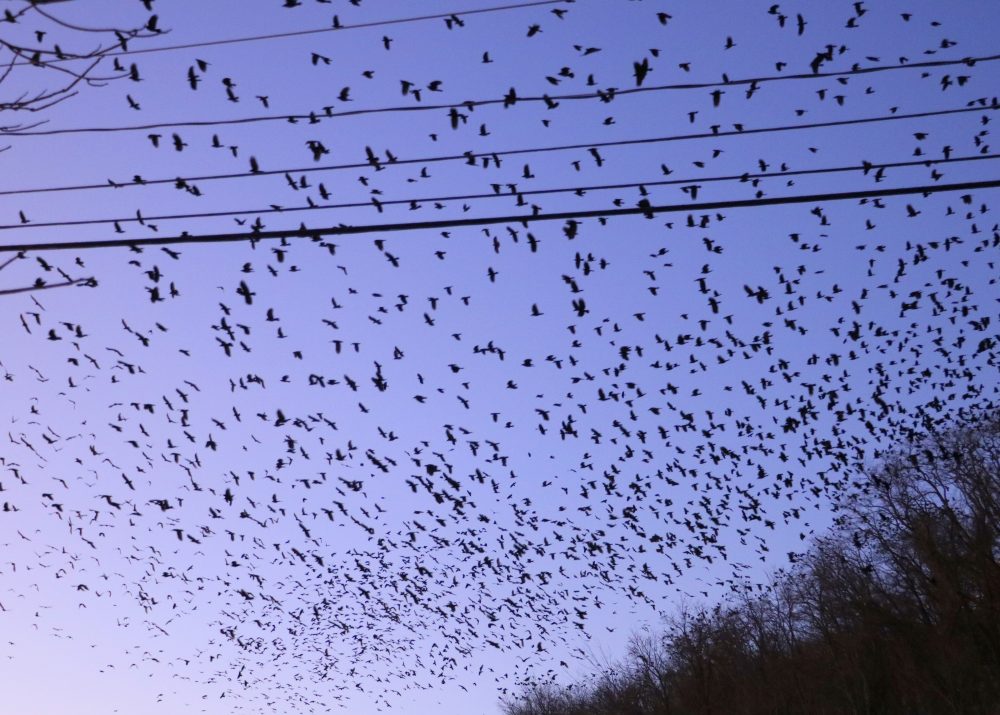 It was one of those unusually clear nights with not a cloud to be seen and spectacular sunset sky colors. Close to 30 minutes after sunset time we observed some of the Crows going back and forth from the trees along Marston Street to the trees below along the mouth of the Spicket River. This back and forth action, close to the roost is a very common behavior close to dark, and may be part of the settling in process; always a joy to watch! 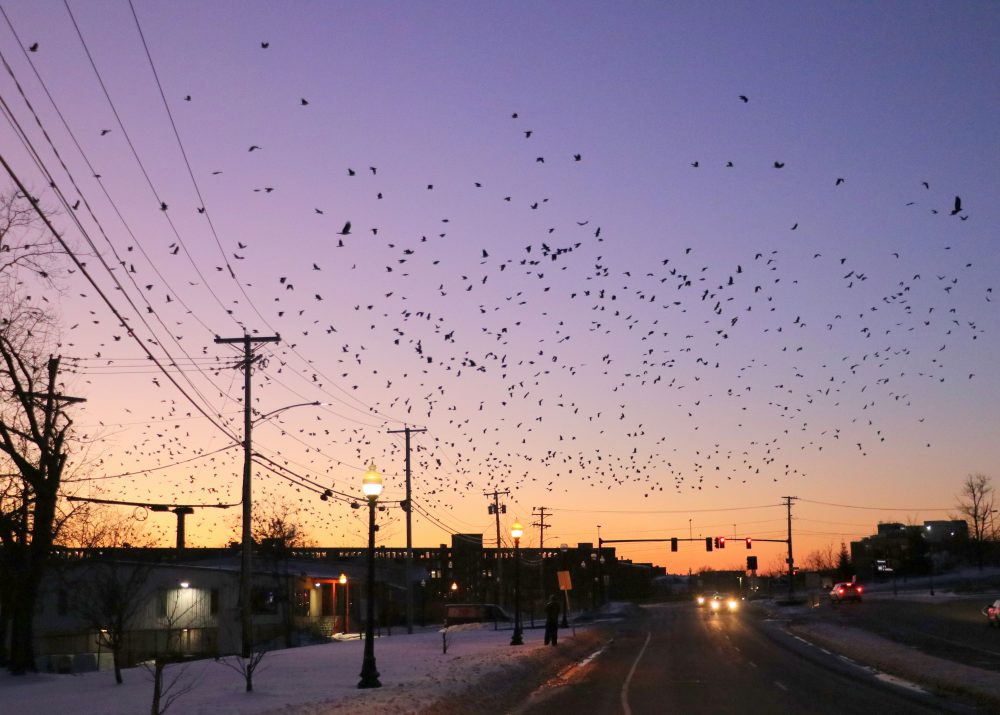 The flight bursts continued and then became pronounced when the MedFlight chopper arrived from the SE, and then slowly and loudly descended onto the
nearby Lawrence General Hospital helipad. The helicopter makes very loud noises and also uses and very bright landing light. The reaction among the Crows was spectacular with almost all of them lifting up in flight and returning minutes later. This took place close to 30 minutes after sunset time. 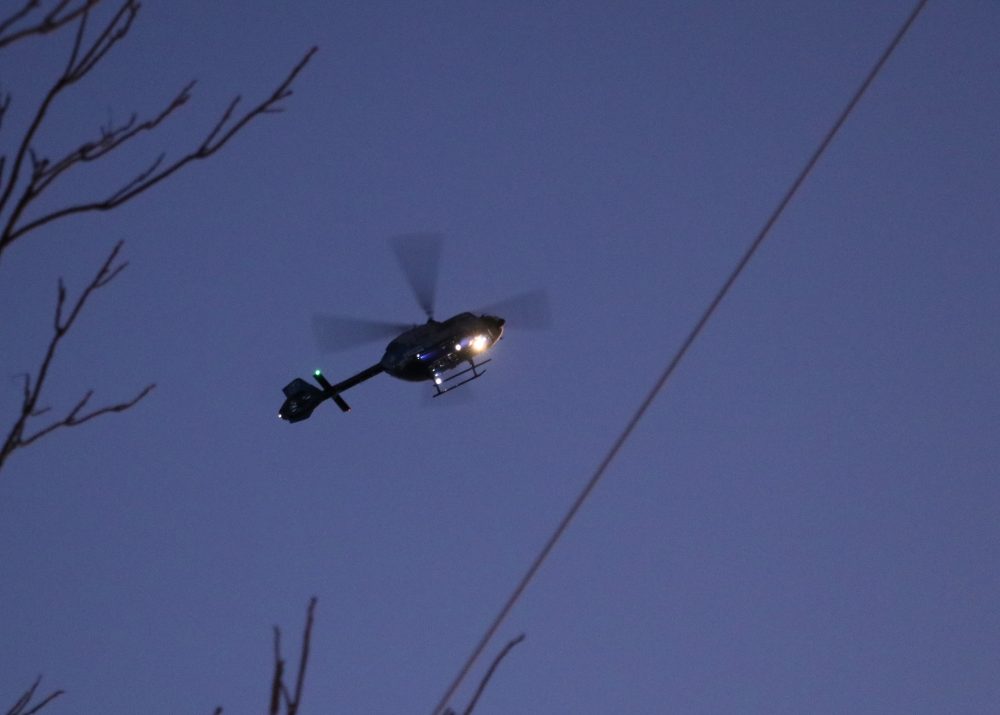 The jaw dropping flight bursts continued a bit longer until almost 40 minutes after sunset time. The vocalizations were loud and raucous as always, until the action subsided and the roost quieted down for the night. Another dazzling Crow Show!! 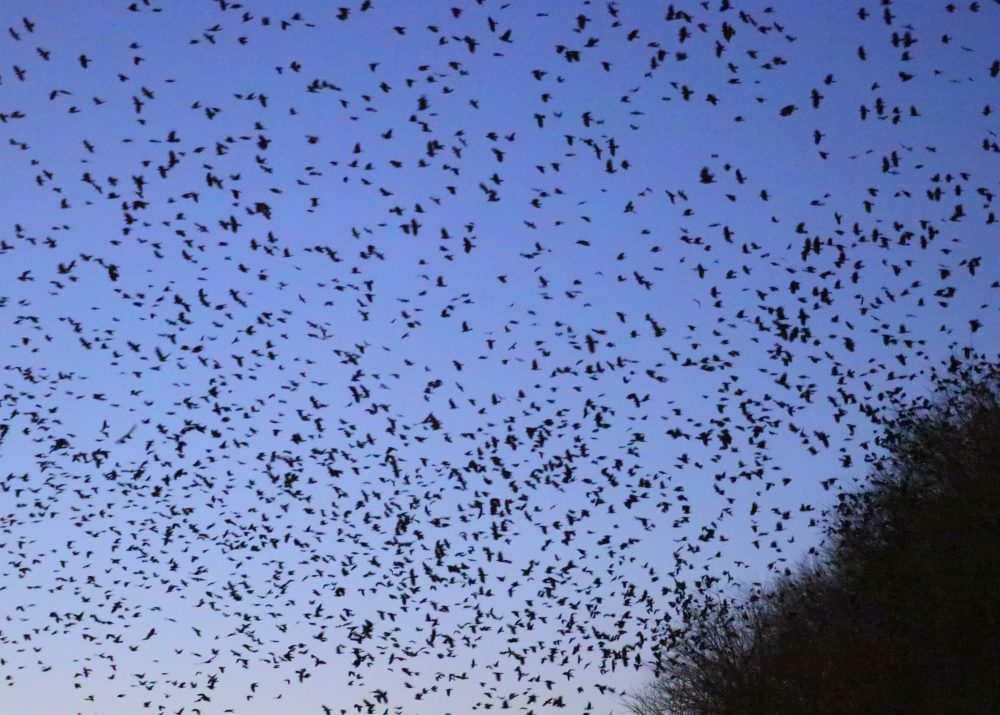