This photo below show a cast pellet during a morning pellet collection run.  Typically the pellets may be intact, with many smaller seed nearby.  Most of the calst pellets, like tis one, appear to be freshly cast, and most have a bright orange color. 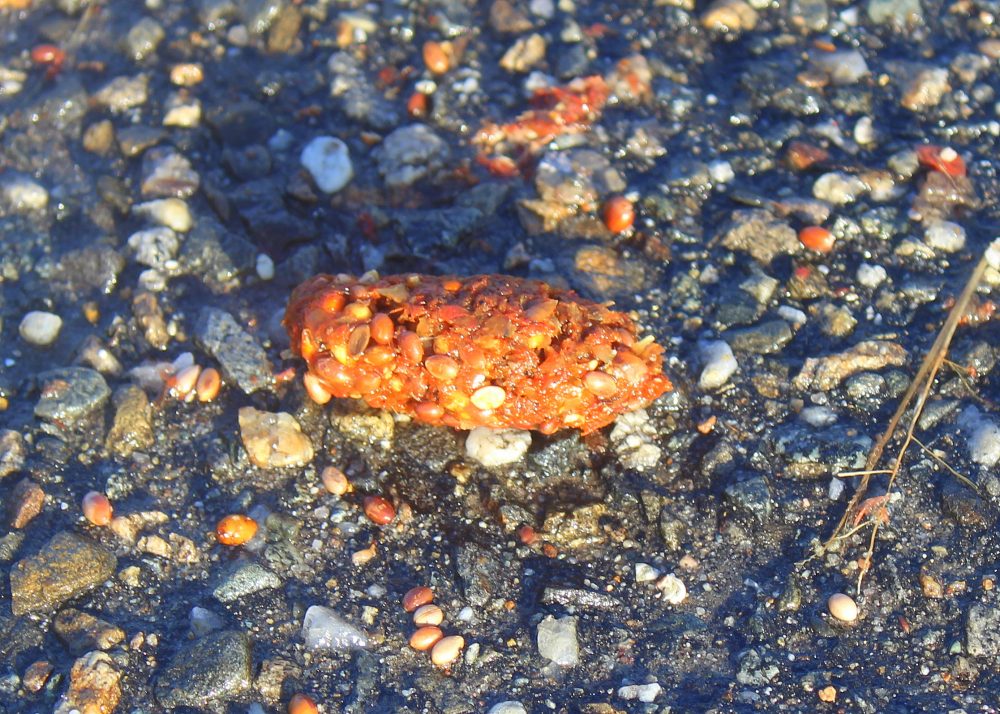 Here is a quick summary from each of the selected research reports from the following cited authors from the American Crow monograph published by BNA Cornell Lab:

Aldous: During the colder months much can be learned of the food of crows by studying their pellets which abound at long established roosts. These pellets are regurgitated soon after the birds arrive at their nightly abodes. Pellets are likely regurgitated within two hours after crows enter a roost.

Good: Shortly after entering the roost the indigestable material in the stomach is regurgitated and discharged as a pellet. According to Aldous most of the pellets are disgorged within two hours after entering the roost. The stomachs of most of the specimens collected at roosts during the course of this study were completely empty indicating that the material had already been disgorged.

Turnock: The pellets were about 15 mm long and 7 mm in diameter. The analyses of these pellets confirm previous reports of crows concentrating their feeding on an abundant food source and indicate that at least for short periods, they prey almost exclusively on beneficial insects. 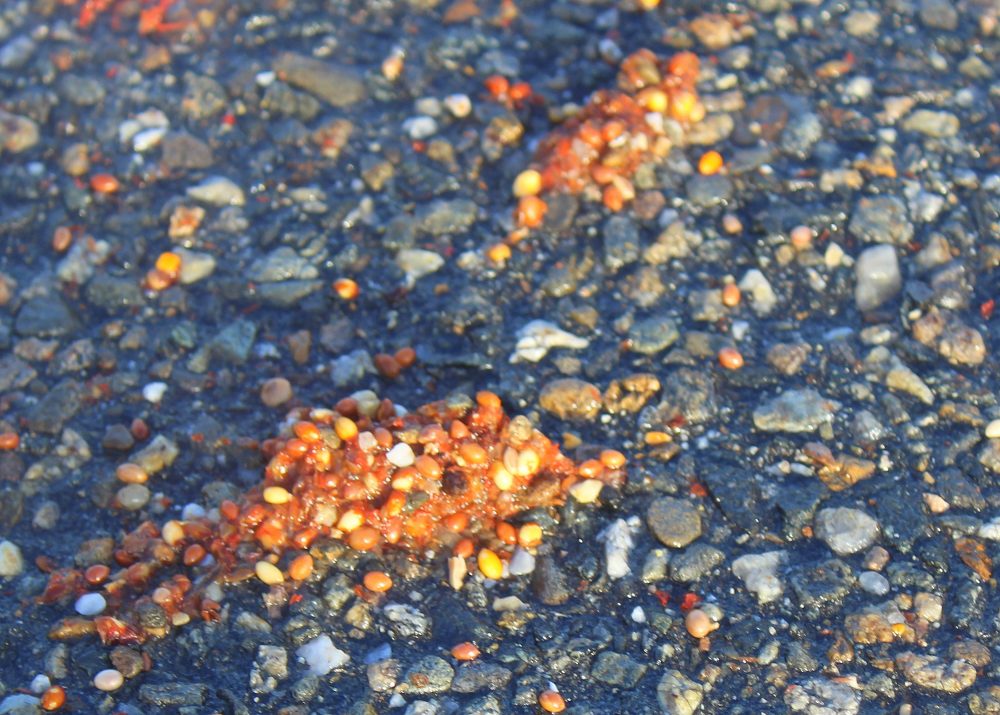 From these citations, here are a number of highlights that seem relevant for our observations today: