Sunset time at 6:54PM under clear skies and late day sun, winds NW at 9MPH, with gusts to 17MPH, temp at 39F; post and photos submitted by Craig Gibson

Out on solo Crow Patrol tonight with only stop at Immaculate Conception Cemetery; the only Crows found upon arrival just before 6PM, were in smaller numbers at the northern end. 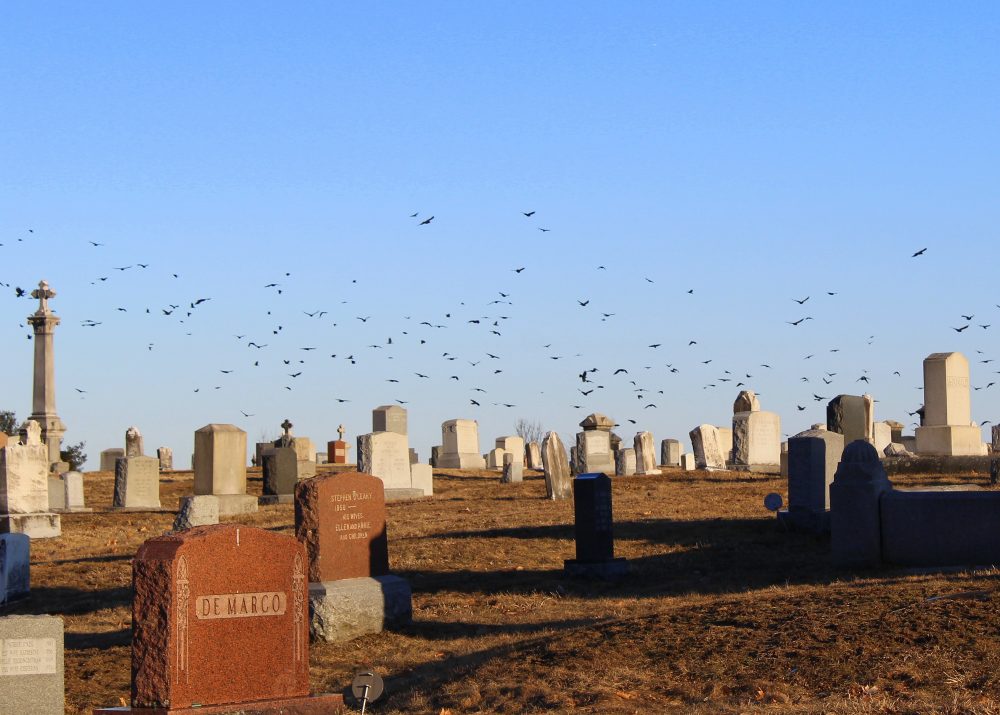 Crows were seen on the ground, in flight, and perched in nearby trees. Small groupings streamed in from the NE and SE during the observation time. 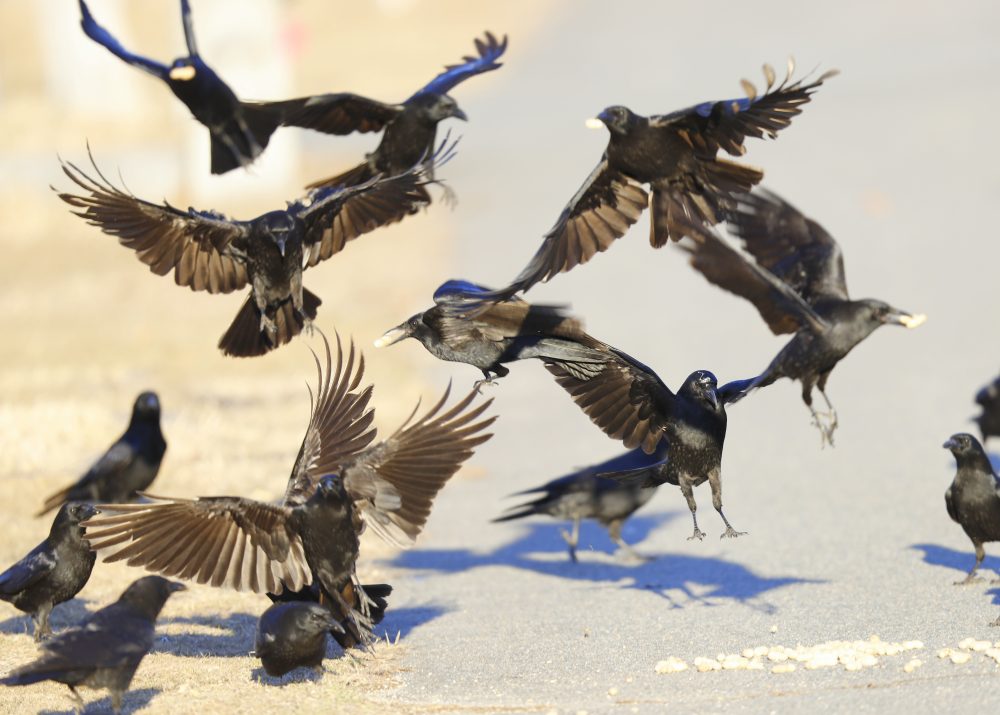 In shell peanuts were distributed to the great delight of the nearby Crows. They would converge on the peanuts and part after gabbing one or two! 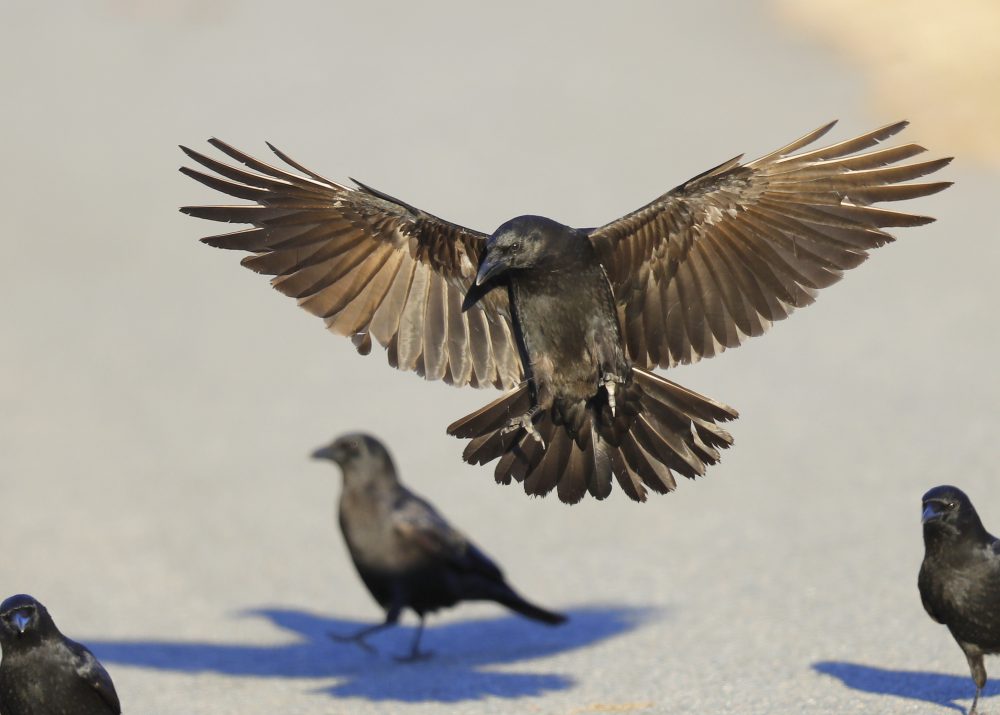 Lots of amazing flight action under excellent lighting conditions as well as vocalizations from all the Crows. 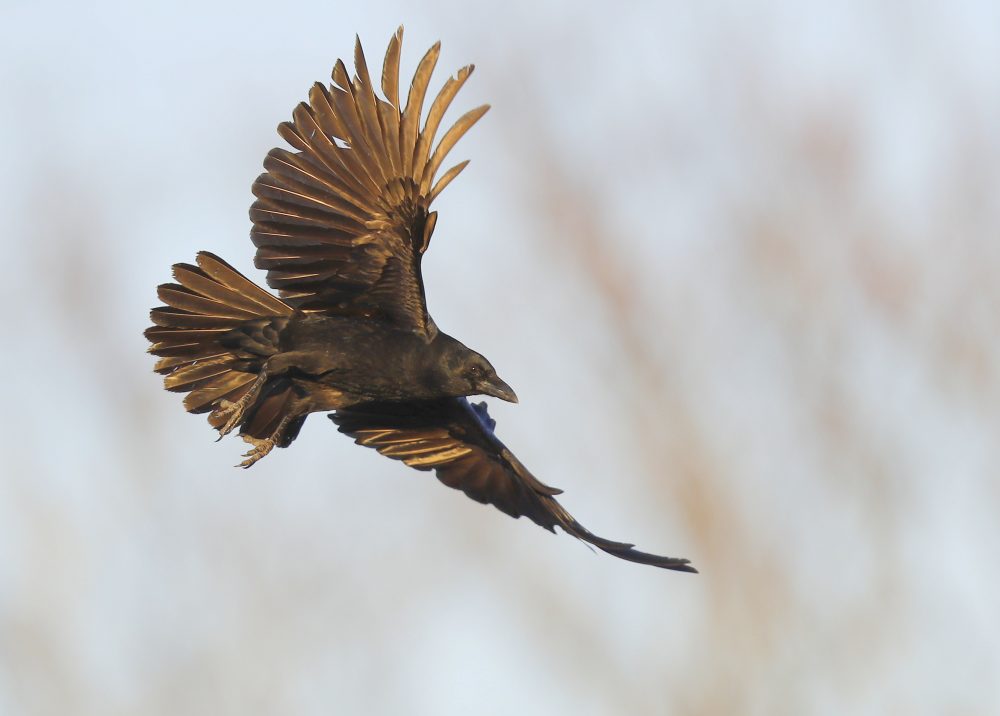