Out on Crow Patrol with initial scouting stops by Holy Family Hospital, along East Street, and then Incinerator Road with very little Crow flight activity seen. Moved to the hospital area with excellent views to the west and observed flight streams coming in from the south and heading NNW at high elevations. Moved north along Prospect Street, at sunset time, and tracked flight stream patterns and small assemblies in neighborhood tree groupings. The dominant flight stream suggested moving to our SW, and closer to the extended Spicket River area. At 10 minutes after sunset time, pulled into a small parking lot along the south side of the Spicket River, on Chestnut Street. Observed thousands of Crows, vocalizing loudly, lining the trees on both sides of the Spicket River,  and around nearby O’Neil Park. 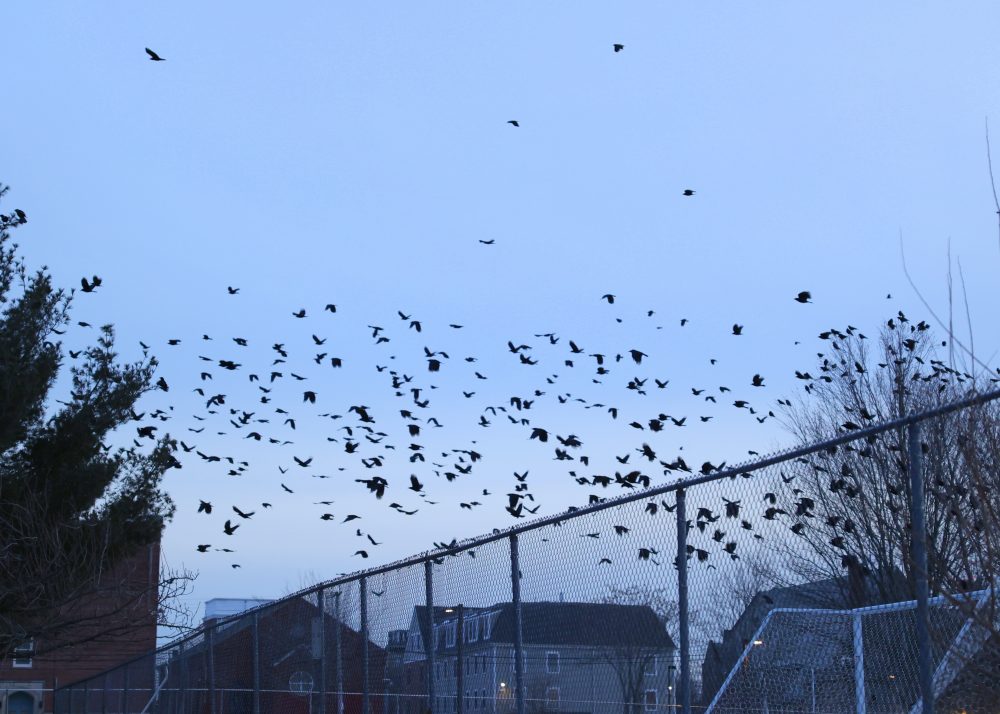 The Crows layered onto the tree tops along the Spicket River, on the west side of Jackson Street, between Erving and Chestnut Streets. It was an impressive late afternoon pileup with loud vocalizations to match. It seemed back to the old high levels from last year. The Crows may have split up for a few weeks into two groups, and are now back together again. This image below, looking east, captured about 13 minutes after sunset time, shows the Crows along the trees, beside the river, with the almost full moon rising behind!

After 15 minutes post sunset time, many Crows seemed to making a very subtle shift or movement to the east, and possibly towards the area around last night’s roost, which was located in Scarito Park on Brook Street. The vocalizations were significant and the flight burst activity was impressive, all against the rising moon, and more Crows streaming into the area. This image below was captured about 32 minutes after sunset time. 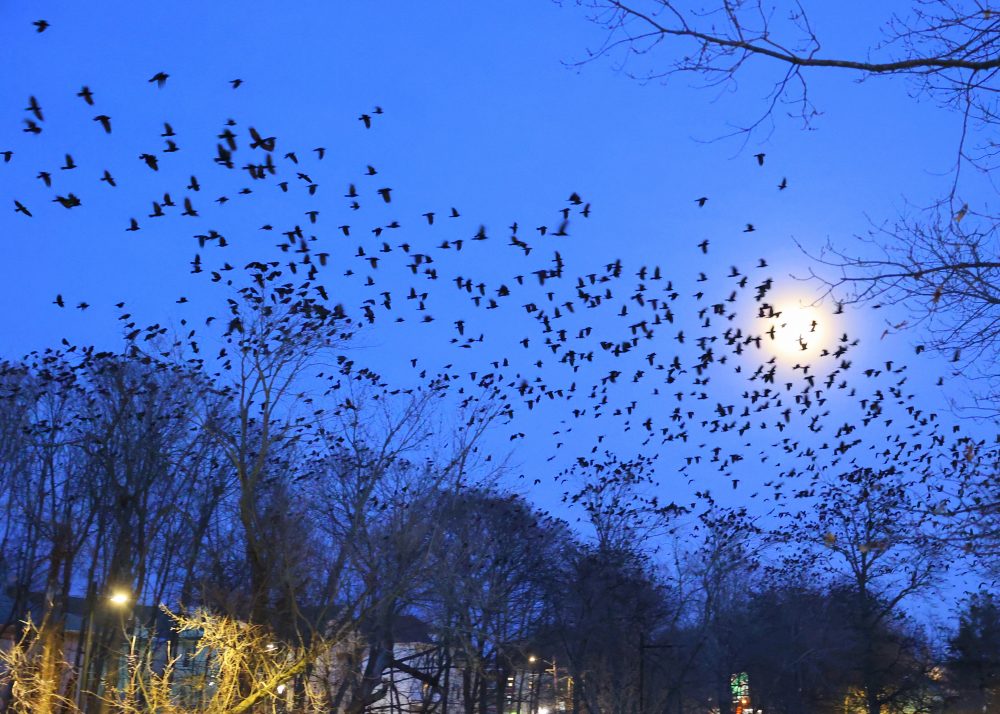 Moved to the Brook Street area and Scarito Park; found huge numbers in the trees by the Spicket River and on both sides of Newbury Street with huge vocalizations and lots of crazy flight action. This image below, about 45 minutes after sunset time, shows the continued flight burst action, out over Scarito Park. Scarito Park abuts the Spicket River on one side and Brook Street on the other. It was dedicated (2006) to Dr. Nina Scarito, a Lawrence obstetrician of 45 years who delivered 20,000 babies. Her first home and office was located on Brook Street. She later relocated on Summer Street and donated the property to Lawrence General Hospital who turned the property over to Lawrence CommunityWorks. The house was pulled down and replaced with Scarito Homes for low to moderate income families. 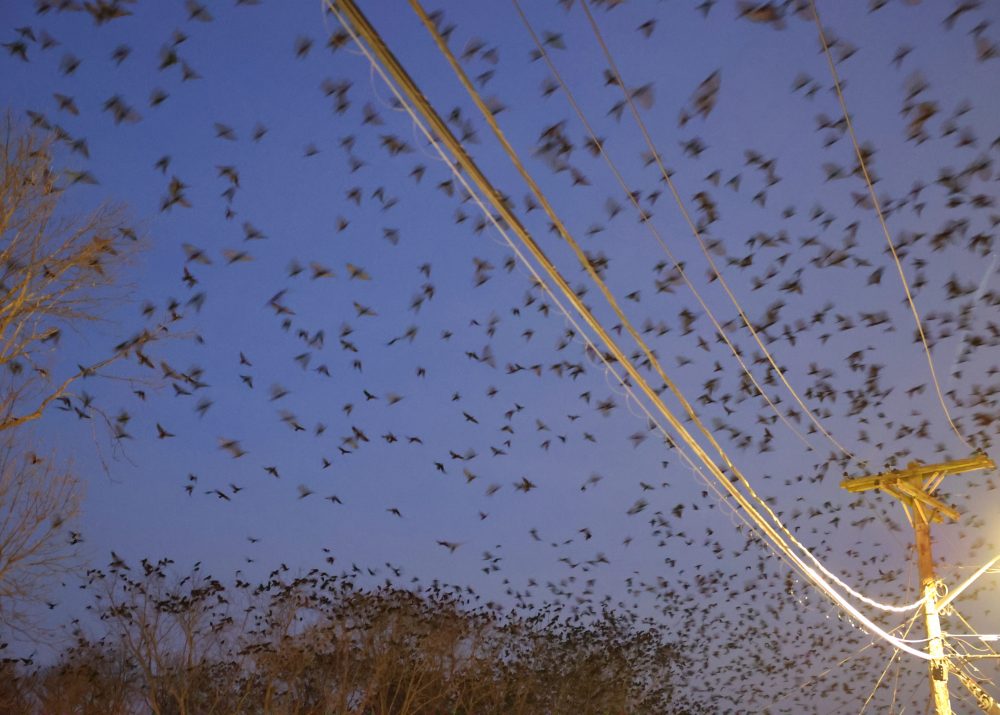 The final stop for this outing was about 52 minutes after sunset time, and it took place around the north end of Scarito Park with loud Crows, lots of flight bursts, and smaller movements by the Crows between the trees in the overnight roost area, but not farther away. The lights in the back left are at the NW corner of the basketball courts, and the building lights in the back right are shining through from the Spanish Assembly of God Church with the renowned pastor, Rev. Cecilio Perez. Another dazzling night out!