Out on solo Crow Patrol with first stop along the north side of the Merrimack River at the end of Incinerator Road. Crows started streaming in from all directions and began to perch and vocalize along tree tops on south side of the river, to the east of the pump house. Crows staging in tree tops stretched about 1/3 mile downriver. The late days sun was still casting golden light on the tree tops as the Crows settled in. The temp was almost 50F, so it was so nice to be out along the river! It’s worth noting that the days are just starting to get longer, and sunsets will be later.  For the next two weeks, the sunrise times will be later, but then start to be earlier on Jan. 5th! 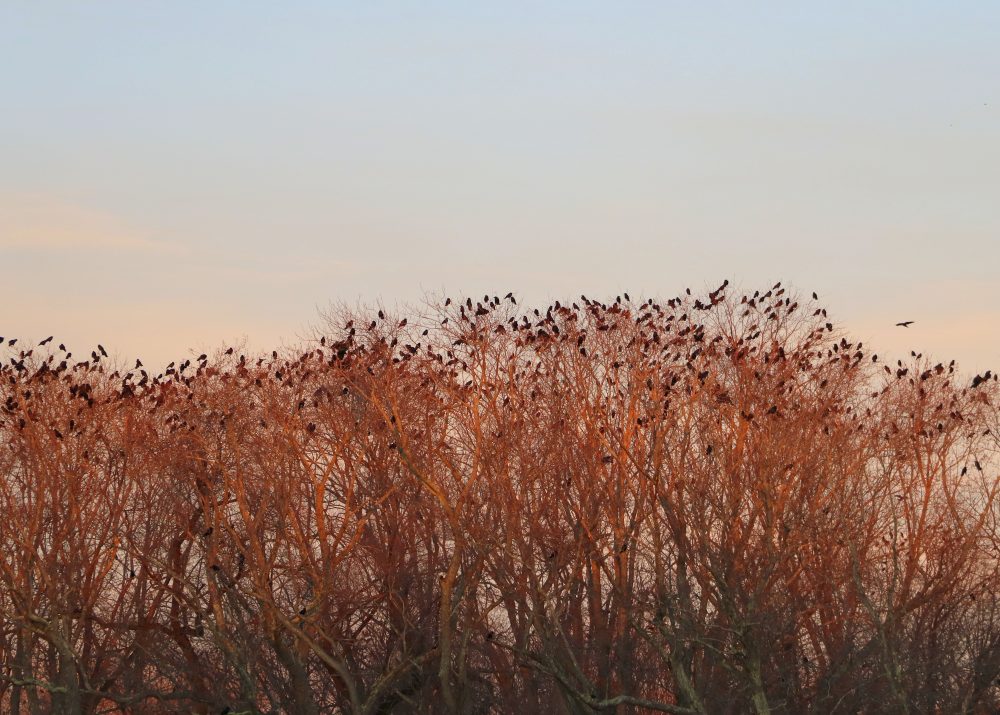 The first big wave of Crows in flight over the river and towards the final roost area got underway about 15 minutes after sunset time. This initial wave was amazing to watch, and on most nights, it is almost always prompted by a big surge in vocalizations. The vocalizations get much more intense, and then they seem to signal one another and start to push off in a major move towards the overnight roost. The image below shows the massive liftoff! 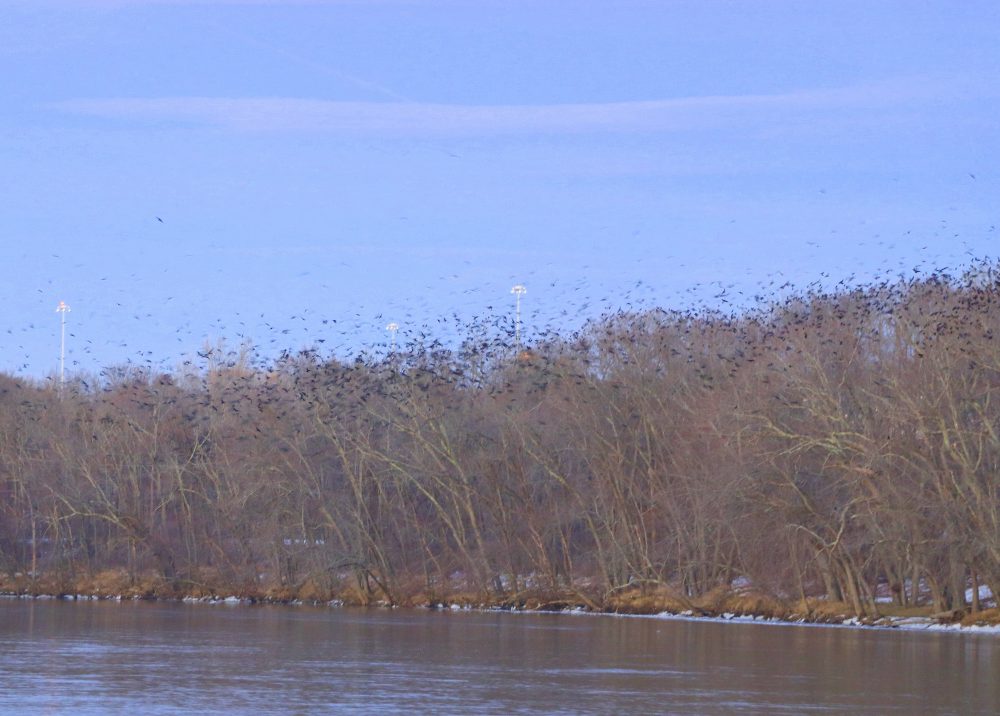 The movement was fairly orderly and unfolded over the next 20 minutes with the Crows lining the roost area trees on the north side from just next to the Rt. 495 Bridge and downriver almost 400 meters. The roosting group tightens up the roost formation just a bit later. With winter solstice completed, the days are just barely starting to get longer! 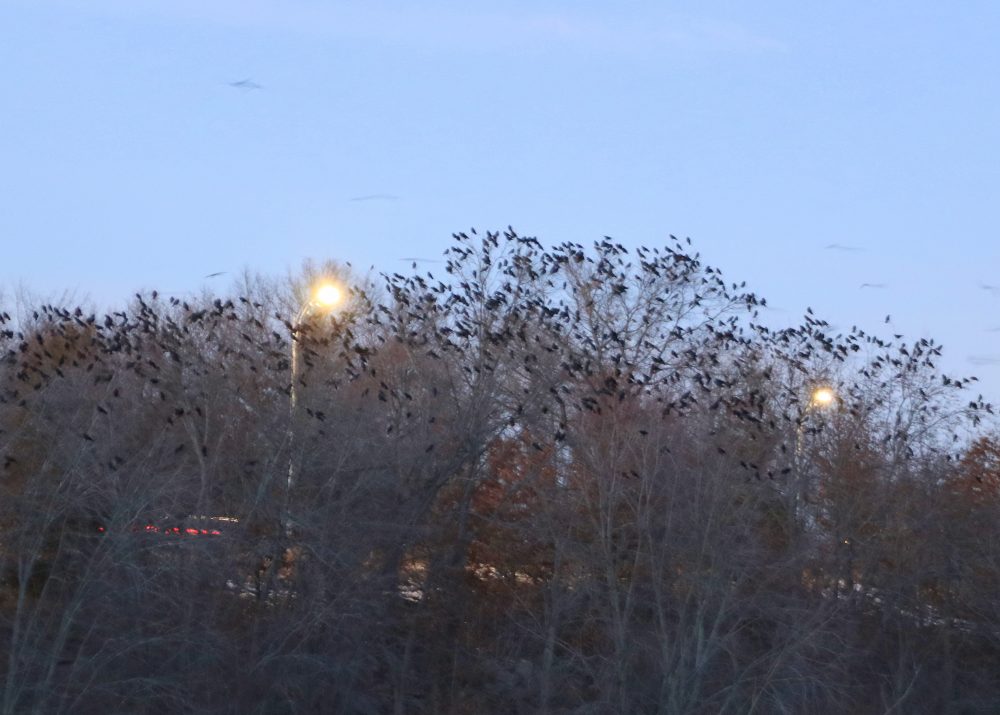 About 10 minutes later, which just over 35 minutes post sunset, the darkness really came over the roost area. At this time after sunset, the night vision optics usually come into play as the best way to continue to monitor and photo document the lingering activity around the roost. It is interesting to dive in deeper with observations on density within the overnight roost….. 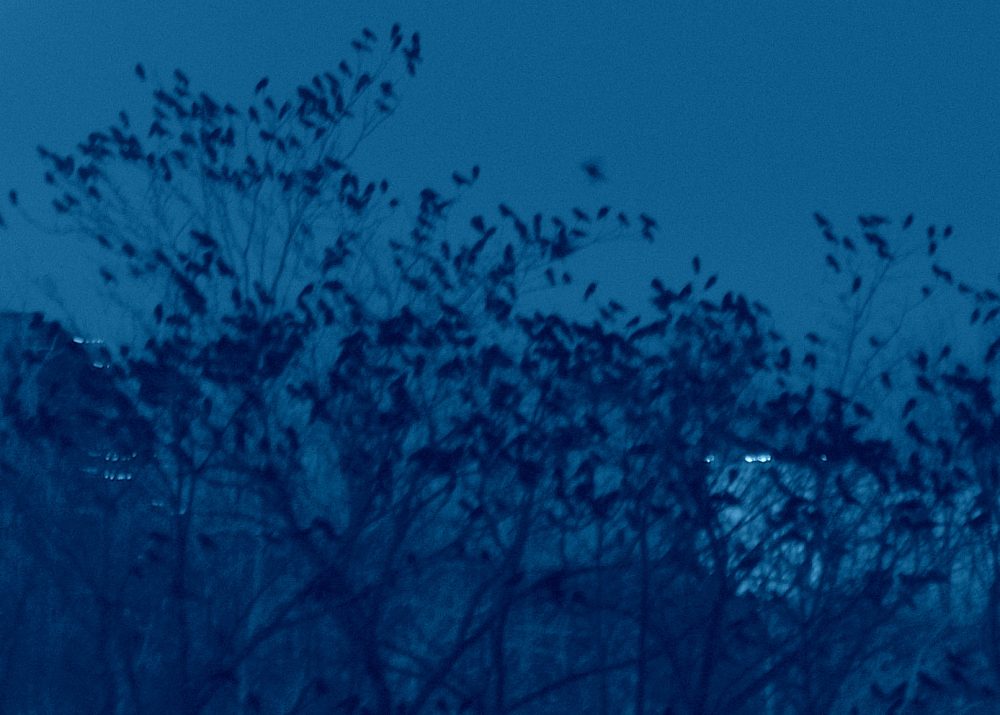