Out on Crow Patrol with first stop along the Merrimack River at the Bashara Boathouse while Crows were streaming in from upriver, with smaller squadrons assembled on the ice.

Next stop at Riverfront Park with views out over ice towards the Dam with Crows on the ice in growing numbers. 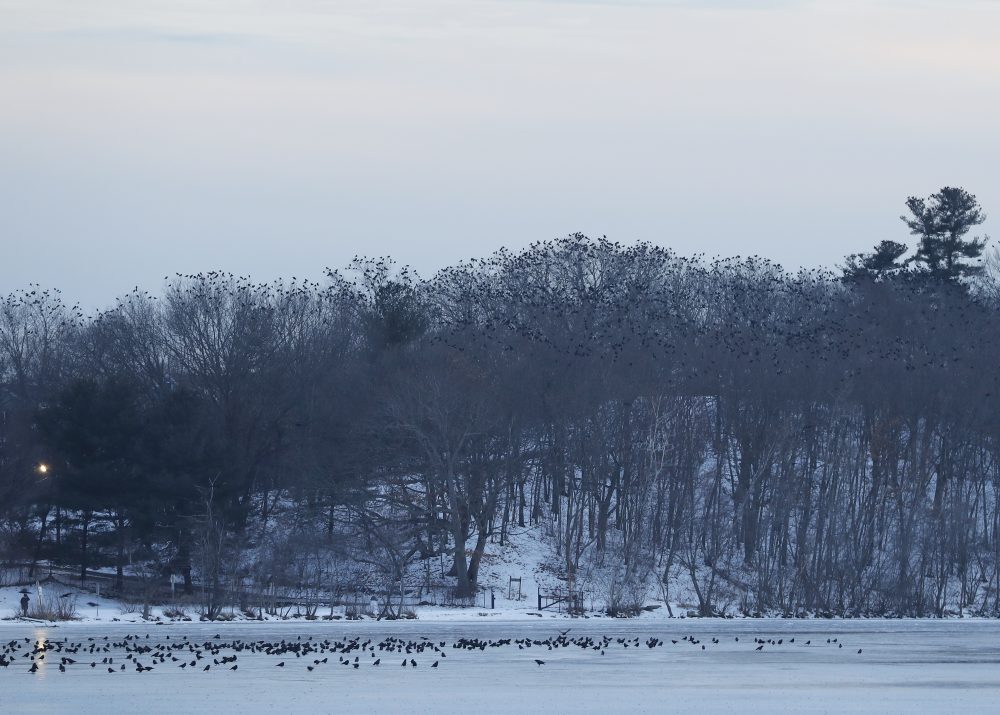 Next stop at north end of Rt. 28/O’Leary Bridge with views S/SW over the river, with Crows streaming in from upriver, many perching in trees behind Riverfront park and down towards the William Wall Experiment Station. A number of times the Crows would lift up in these massive flight swarms and then settle back down. This image was captured about 18 minutes after sunset time. 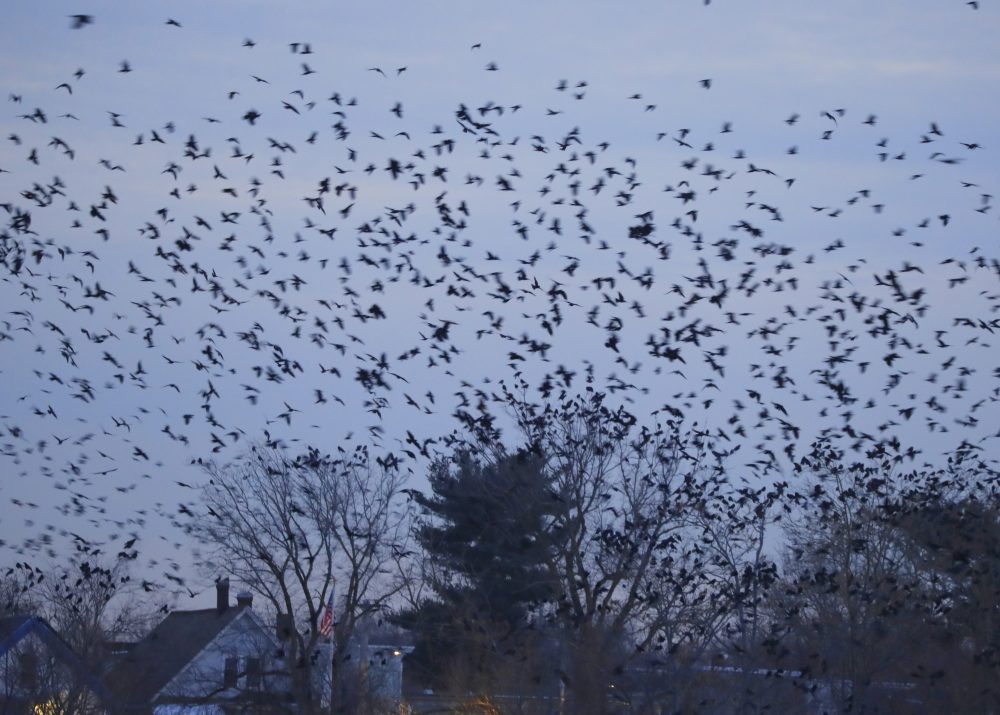 The vocalizations became more intense with each arriving wave of incoming Crows. They finally consolidated around the extended area by the Wall Experiment Station with substantial ambient lighting in parking area and perimeter areas. The image below shows the Crows in massive numbers on the ice with smaller numbers landing and perching in trees along the south side of the Merrimack River.