Out on Crow Patrol with first stop along north side of Merrimack River to observe early staging. Moved over to south side of river for final convergence into overnight communal roost. The Crows vocalizations became louder and louder just after sunset.  The Crows were staging along the south side of the Merrimack from the sanitation plant on Charles St. all the way down to the west side of the Rt. 495 Bridge. While looking over my shoulder, had nice looks at a group of Crows perched in tree behind me. This image below was captured a few minutes after sunset time. 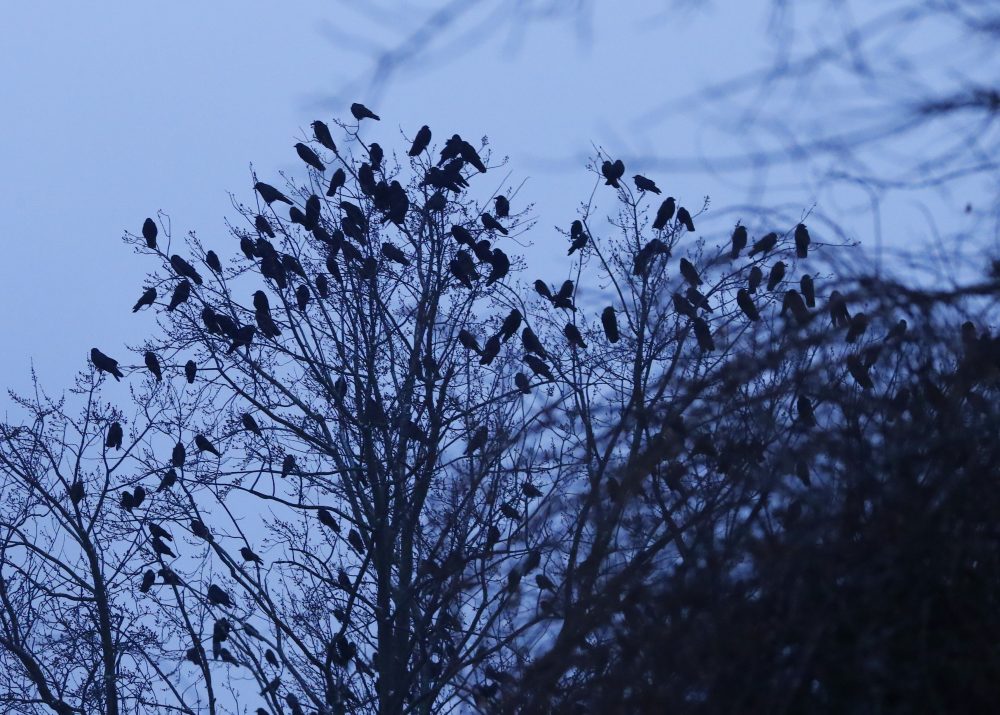 It was heavy overcast with a low ceiling and fog, and the skies darkened much earlier than normal. It was enjoyable to watch the Crows flying into the roost from the south side of the river and close to the Rt. 495 Bridge.  they seemed to fly in much lower tonight, almost joining the northbound commuter traffic going over the bridge. This image below shows the Crows coming into the roost about 7 minutes after sunset time. 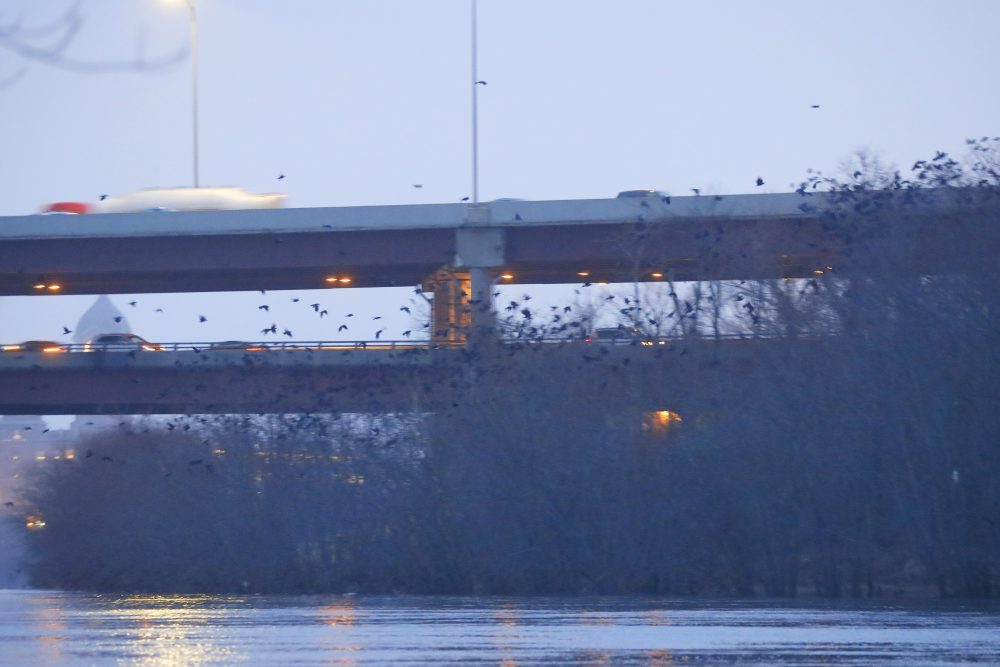 Tonight, the Crows concentrated on both sides of Rt. 495 Bridge prior to final movement into overnight roost. This pattern was different than last number of nights. Again, the Crows have their own way of doing things and regularly change the staging and flight patterns without advance notice. The major movement into the roost was started about 20 minutes after sunset time, but was somewhat muted tonight. It was more of a steady stream into the roost without a number of huge waves of Crows in flight. This image below, taken almost 20 minutes after sunset time, shows the crows getting tightly packed into the roost, on the trees close to the Rt. 495 Bridge. 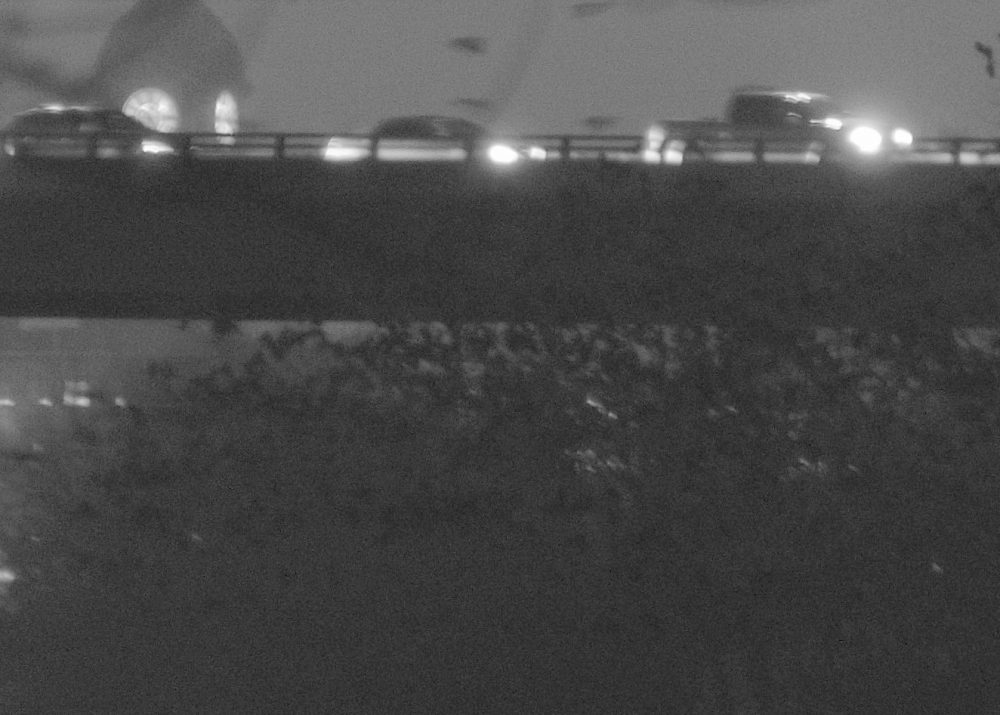 As the Crows settle into the roost, they find a way to pack in tightly. While arriving into, and getting settled into the roost, the vocalizations are loud and intense.  These vocalizations then start to fall off in intensity and volume level until it becomes very quiet.  This image above was captured with night vision optics close to 30 minutes after sunset time as darkness fell over the roost! 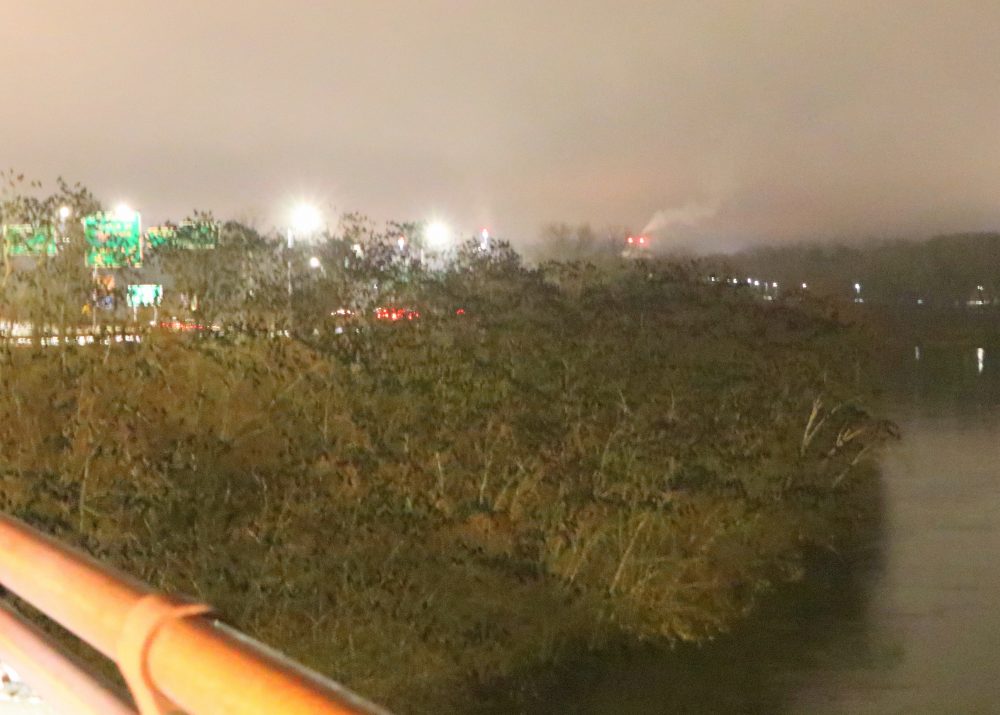 The final image of the night was taken later just after 6PM. Had a chance to capture this one from the side of the Rt. 495 Bridge, while crossing over the Merrimack River on the northbound lower level. An image like this, almost 90 minutes after sunset, under very low light conditions, and with minimal ambient light shining on the overall area, is always a challenge. Although the image lacks sharpness, it provides an overview of the extended roosting area from more of a top down perspective!