Out on Crow Patrol, with a late start and pulled right up along Prospect Street with Crows already streaming in, earlier than usual, and under bad weather conditions; the Crows assembled in the hillside tree tops from the Marston Street intersection and then north along Prospect Street. This image of a dazzling flight burst was captured a minute after sunset time looking skyward and to the east. 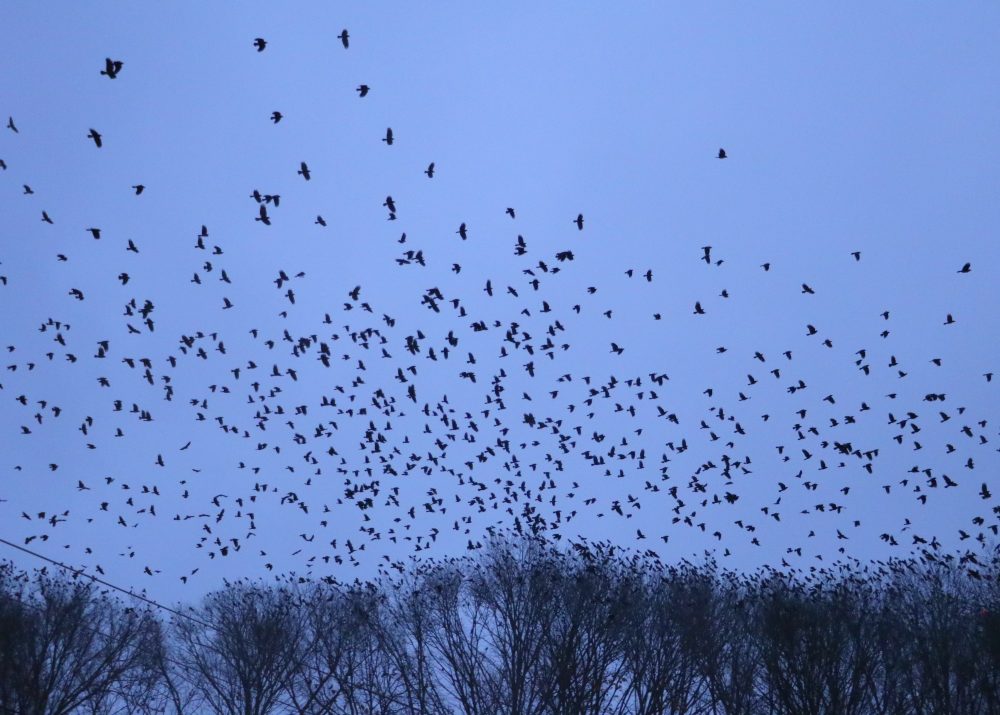 As the Crows started to settle in, we could see and sense some action on the top of the hillside in the extended area around the base of the Prospect Hill water tower. As a bit of background, the Lawrence Aqueduct Company was formed in 1848 as a first measure to develop a water system a water system in the area.  Prior to this time, residents of the area were dependent on wells and cisterns.  The first city reservoir was built on Prospect Hill and had a million gallon capacity. We pulled into the parking lot below the water tower and had nice views of a group of Crows perched on two concentric rings around the upper water tower. We observed many Crows mulling around on the ground and on top of the snow. Did a bit more map research, and was able to estimate that the total roost area is about 5 acres in total. This image from almost 15 minutes after sunset time. 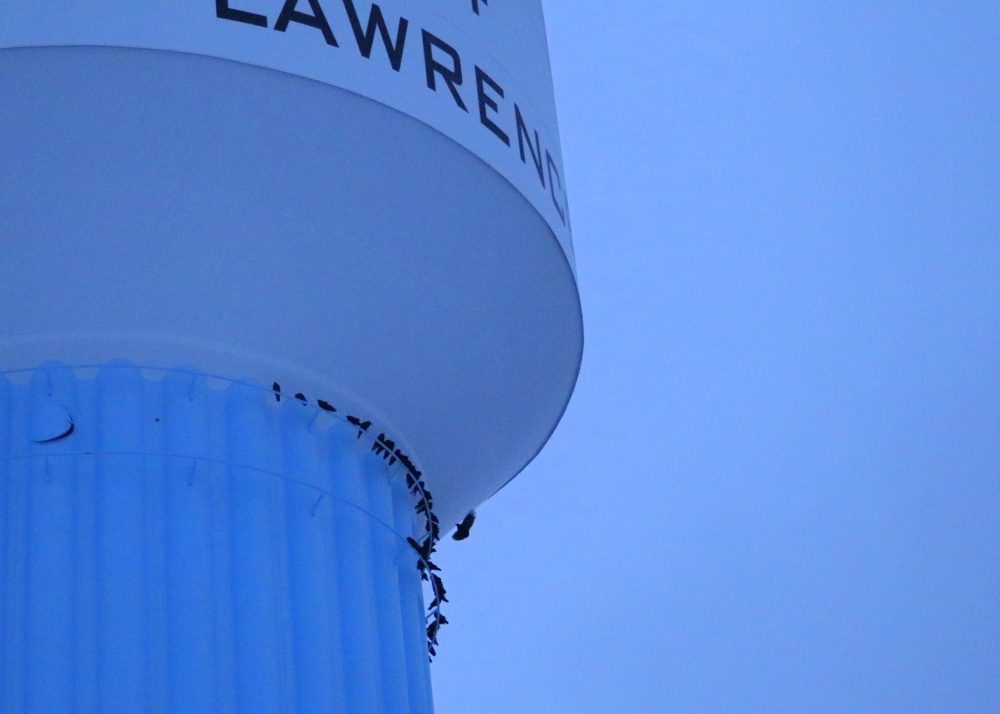 From the south side of Marston Street right by the three intersection and traffic lights, we observed a lot of backing and filling by the Crows in the trees around the general roost area. The roost area was centered on the curve where Marston Street turns north and becomes Prospect Street. This image was captured about 27 minutes after sunset time. 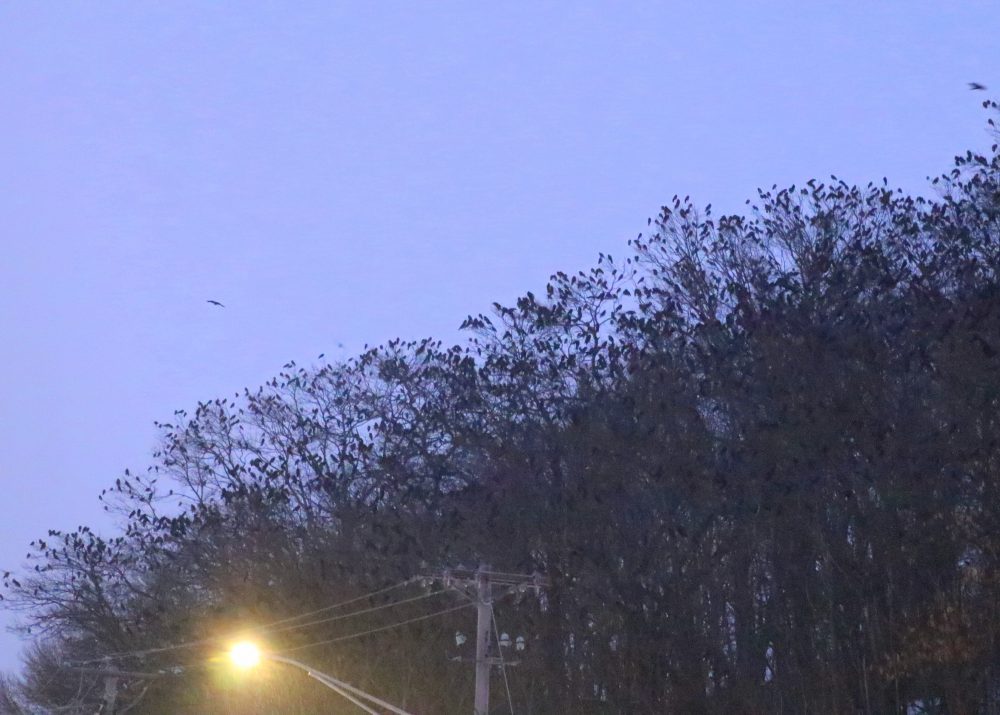 The sleet and freezing rain were starting to sink in, and it was time to head home for the night. We made a final  visit to the top of the hill again to check out the extent of the overall roost area. While walking along the west side of High Street, just below the water tank, had nice views through a group of trees, and some temporary construction fencing, of the brightly lit Riverwalk complex. This image, looking SW, was captured about 33 minutes after sunset time. 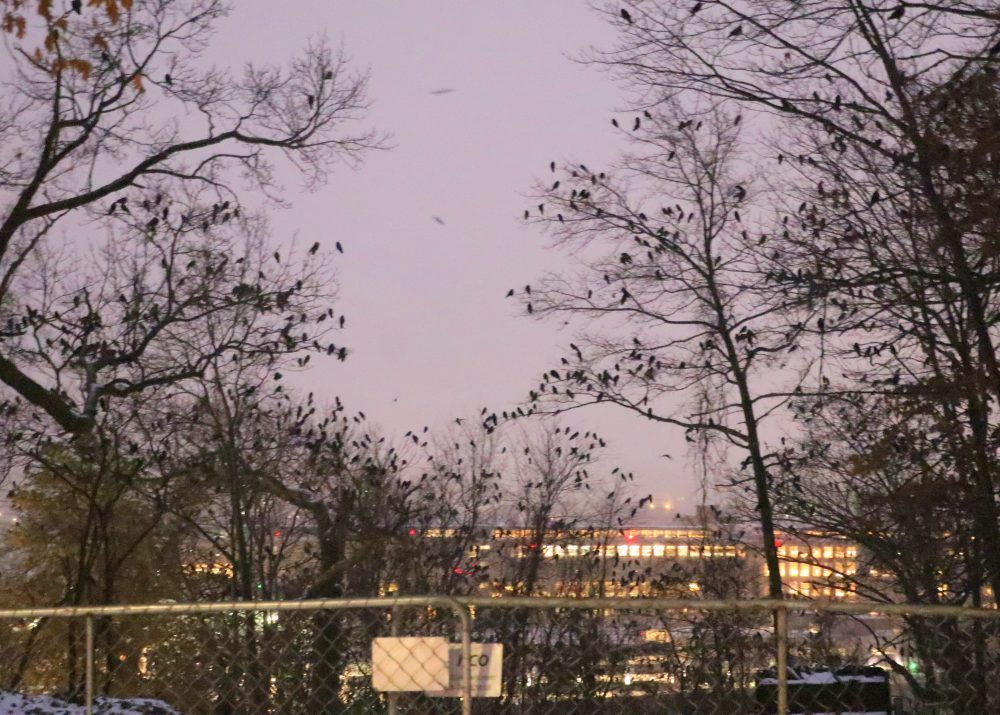 Before leaving for the night, we walked into the parking lot for the Geisler Pool complex, located about 100 yards below the water tank area. The parking lot has ample ambient lighting around the perimeter area, and highlighted a group of pine trees on the north side. The Crows adorned the pine trees like Christmas ornaments; even in the sleet, another terrific Crow Show! 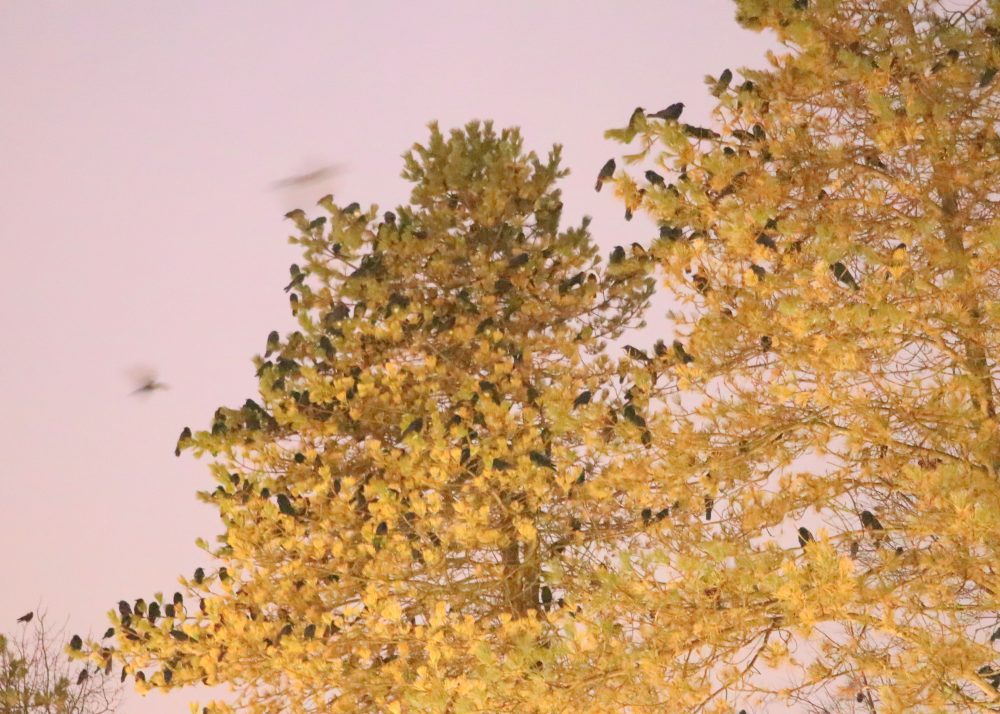