Out on Crow Patrol with first stop at the baseball field atop Incinerator Road. This location provides an almost 360 degree view of the extended area. We were able to see numerous flight streams approaching the Prospect Hill area for a 1-2 mile radius. Most of the Crows assembled in the taller trees from north to south along the ridge of Propsect Hill along Howard Street. Next stop was along the top of Prospect Hill, and by the water tower, with Crows both perched and vocalizing in many of the nearby hilltop trees and streaming in from all directions. 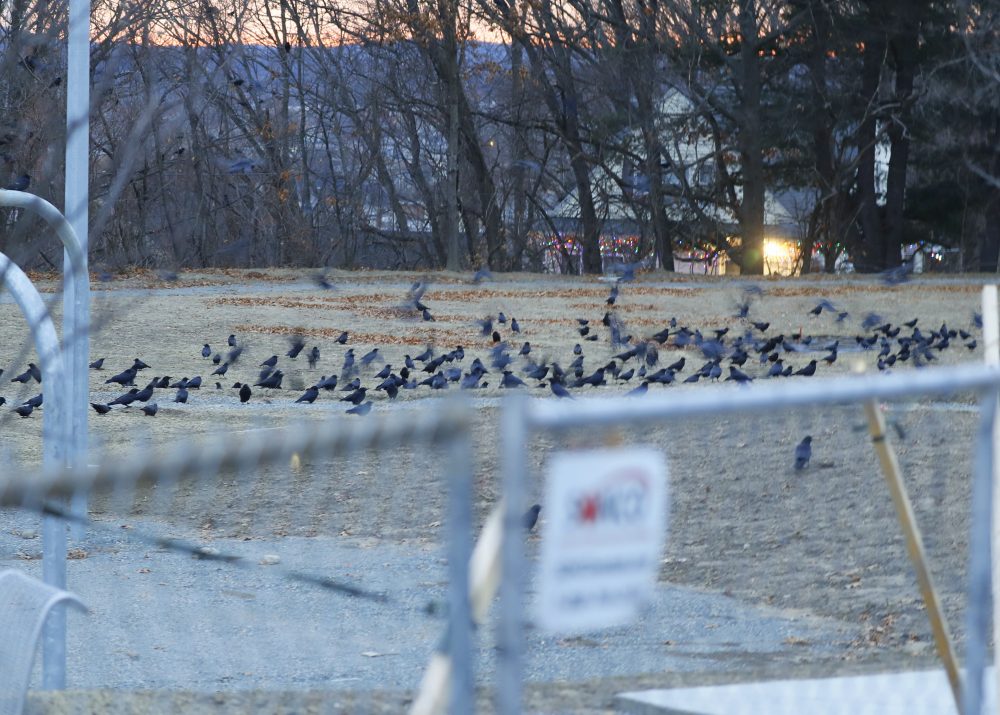 The following day we learned that Storrow Park is undergoing renovations. Our friends at Groundwork Lawrence are leading the charge: Storrow Park is one of Lawrence’s oldest parks. The city established the park over 166 years ago to provide residents with a scenic location to enjoy the sweeping views of the city from Prospect Hill. With over 7.6 acres, Storrow Park has a lot of potential to become a great park offering opportunities to increase physical activities for all ages. The park was last renovated in 2001. Recognizing that many of these amenities would benefit from targeted renovations, the city, in partnership with Groundwork Lawrence, has secured funding to once again renovate the park in 2020.

Final stop was below at the intersection of General and Prospect Streets. The Crows gathered in the trees up and down Prospect Street, all on the east side of the street. The vocalizations were loud and incessant while streaming in and settling into the extended roost area. In this image below, captured about 7 minutes after sunset time, more than 800 Crows surge in flight, up and out over the roost area, and then return. This happens many times, each night, as the Crows settle in! 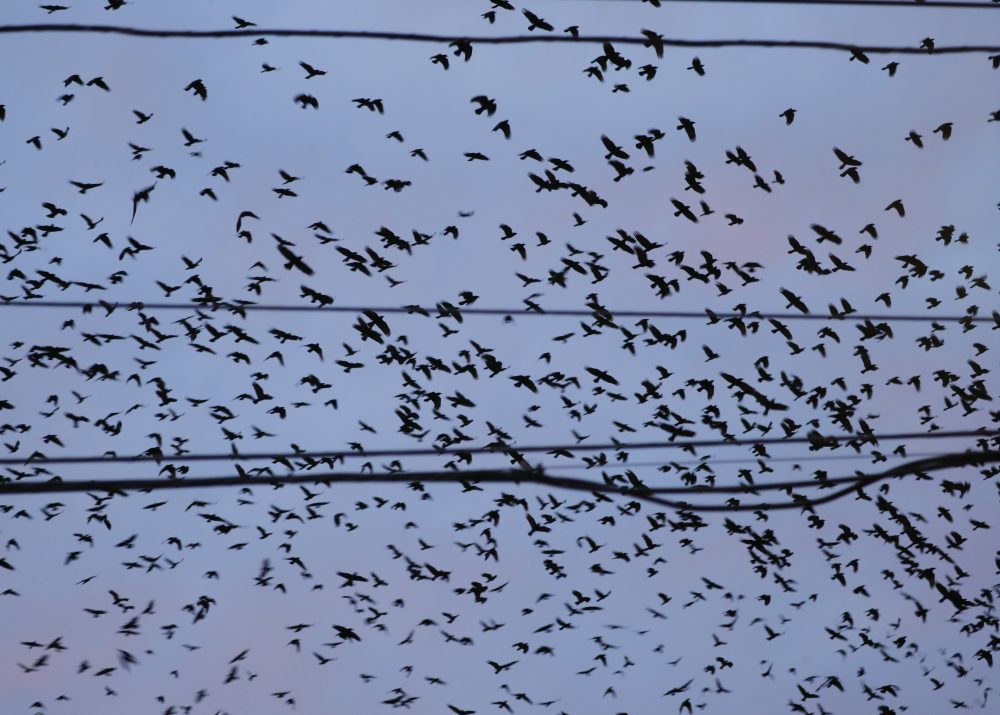 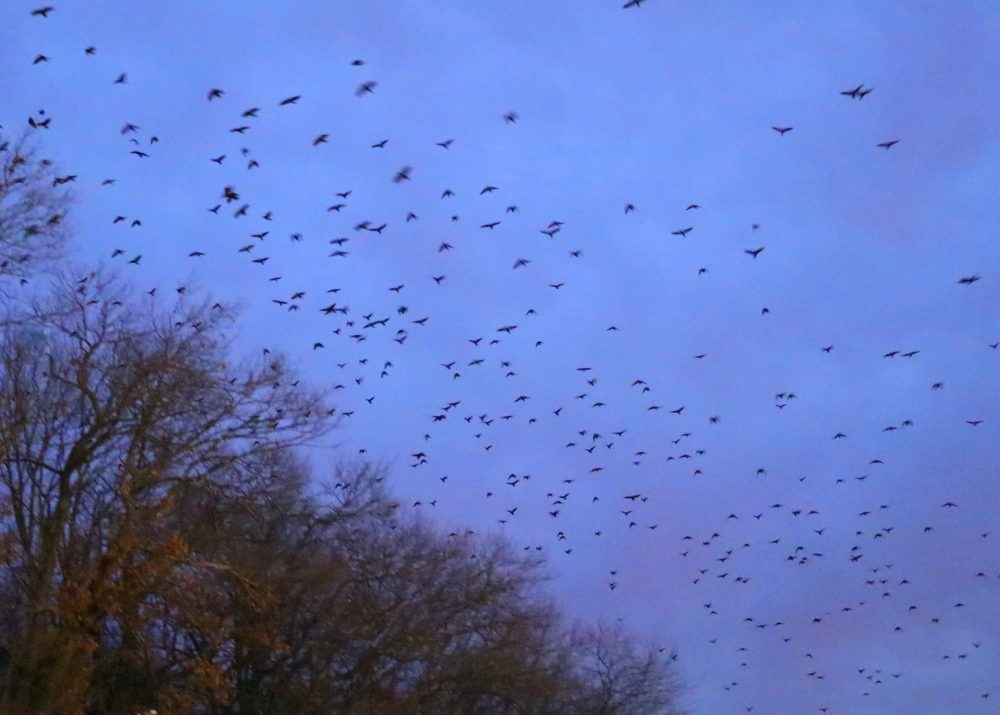 Repeatedly, the Crows would make these huge flight bursts up and out, over the tree tops and then return. But with each of these flight bursts, they would slowly move, and become much more concentrated in the trees closer to the hospital. The ambient lighting from the hospital campus, and the nearby charter school on the east side of Prospect Street makes a big difference! This image below was captured about 35 minutes after sunset time, which is when we experience a dramatic falloff in natural lighting conditions. This image shows not only 900+ Crows in flight, but more than 1500 still perched in the trees below. Unlike starlings with tight flight formations, the Crows fly in an organized way but with much greater chaos in their flight patterns. 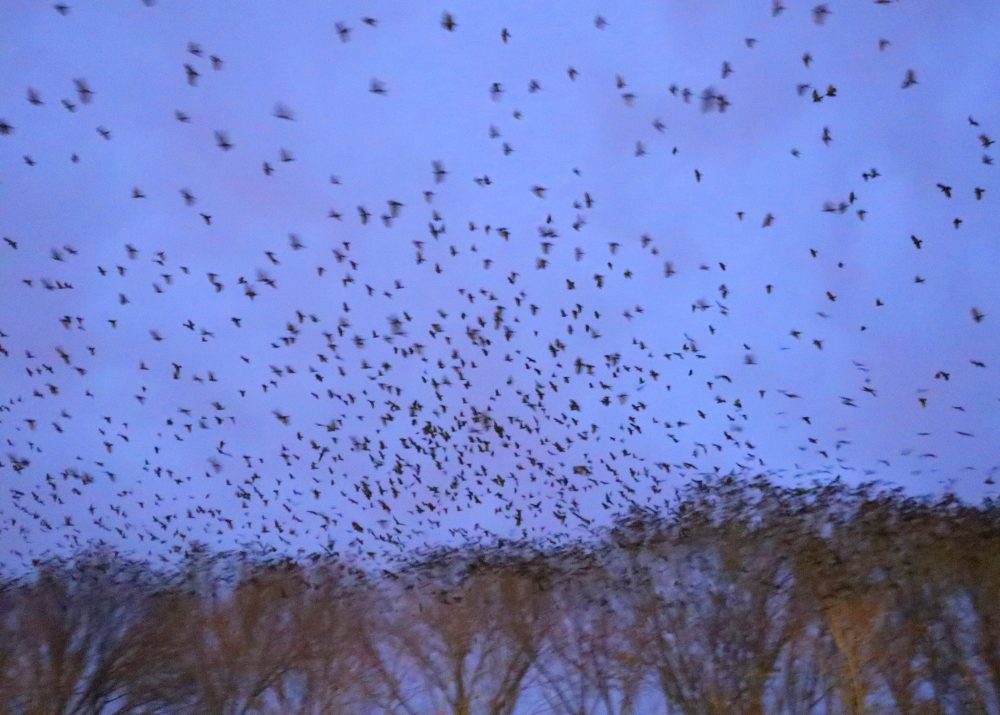 At almost 45 minutes after sunset time, the vocalizations started to quiet down, but the leapfrog movements within the roost continued until we departed. This image below was captured with one of the infrared cameras. With all manual settings, the infrared camera benefits from the ambient lighting around the east side of the hospital campus, and from specialized infrared illuminators. In this case, the result is a stunning image, after dark, of the Crows in the roost, and perching in the middle and upper elevations of the tree canopies, in the outer and inner branches and twigs. They have an uncanny ability to maintain a somewhat equidistant spacing throughout the roost. Overall, it was another stunning Crow Show! 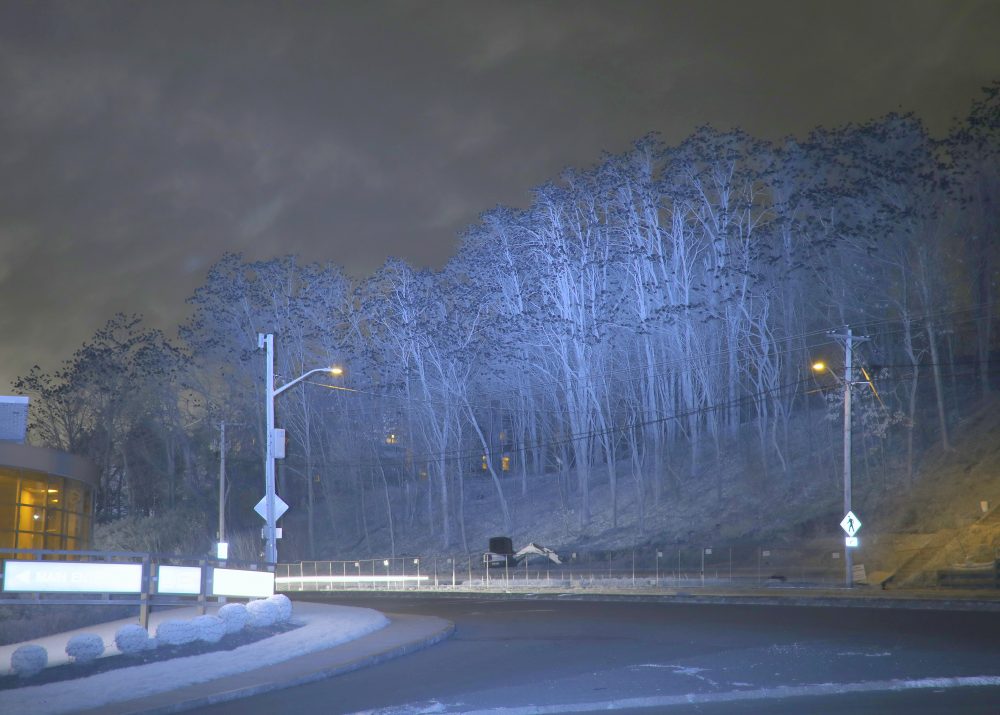 The preliminary estimate for the 2021 CBC in the Andover Circle for the annual Crow Count is a total of 12,250 Crows. More details to follow in upcoming posts!