Due to weather conditions, only practical vantage point out of the rain and wind was from the 4th floor of the McGovern Parking Garage; small numbers of Crows were observed mulling around near west end of garage, but none on the B&D roof yet. Minutes after sunset time, waves of Crows streamed in from the west, seen through the blue-gray haze, with many diverting directly towards roost. This image looking west with Tower Hill distant on the right side, shows a group of inbound Crows. The image was captured about 4 minutes after sunset time. 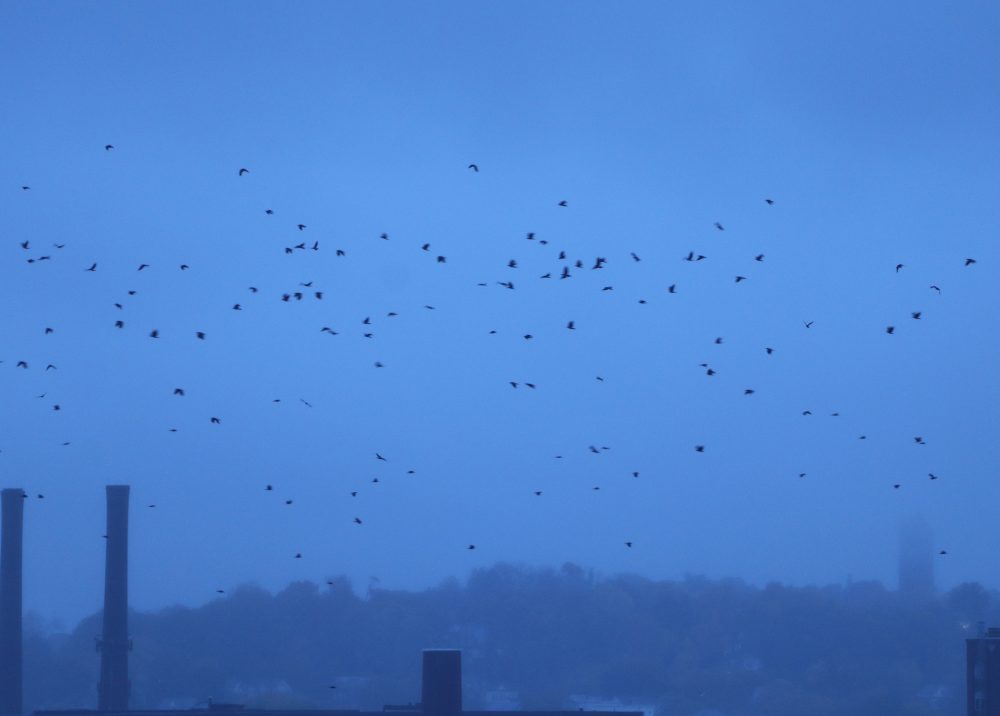 An initial group of Crows gathered on B&D rooftop starting about 8 minutes after sunset time, much later then normal. Overall numbers were lower, as many had diverted over the area around the National Grid facility, but this staging group expanded in size over a 15 minute period with most Crows concentrating in the SE corner of the roof. This image was captured about 17 minutes after sunset time with the infrared camera. 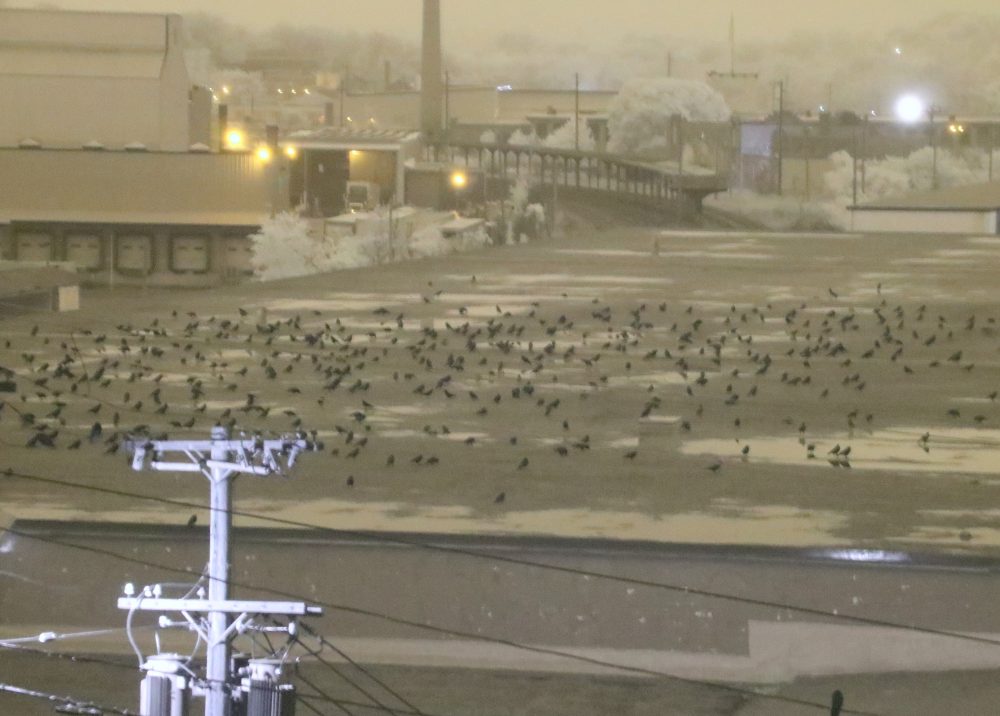 The Crows made a rapid departure towards the overnight roost about 25 minutes after sunset time. It would be fascinating to know what exactly prompts the group departure. It seems to be prompted by light levels and approaching darkness, but  what is the exact trigger and which Crow pulls the trigger? The time lapse video provides a fascinating look at the overall movement. This image below, captured about 21 minutes after sunset time, shows a final look at the assembled Crows before departure to the roost! 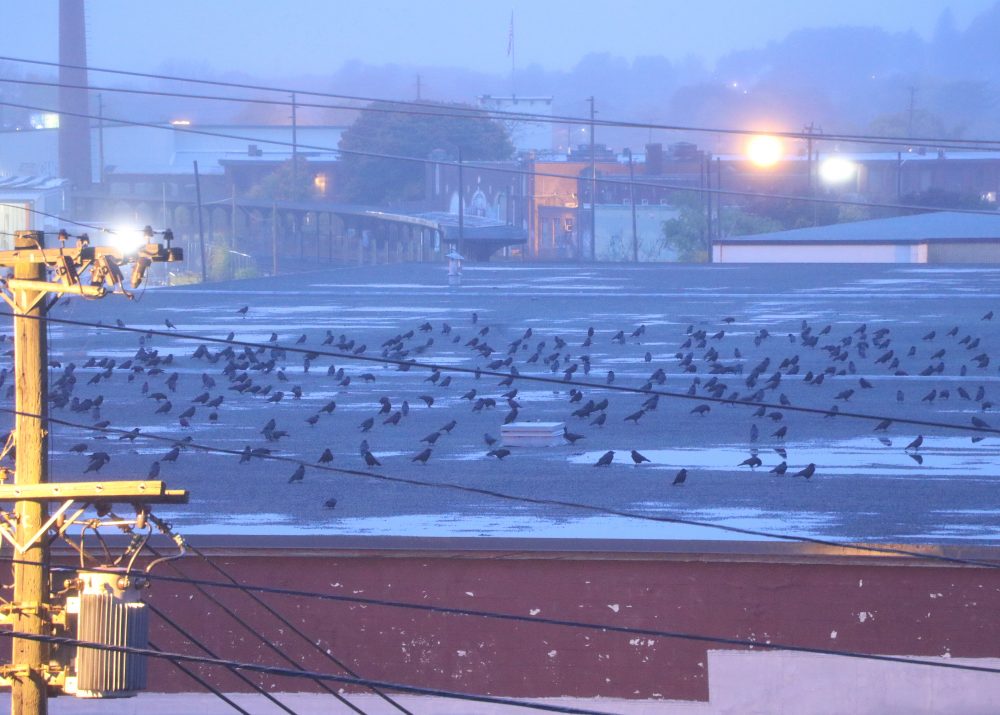