The Roost after dark!

Out on Crow Patrol with scouting stops around north end of Prospect Hill area. Many flight streams seen heading towards the east side of Holy Family Hospital. After driving around many streets in this residential neighborhood, the Crows were staging in roughly a 1/4 mile radius centered on the intersection of Jackson Street and East Street. The were vocalizing loudly, perching on rooftops, and utility lines, with small pockets on the ground. We moved back to Prospect Street in the area around the north end of the hospital a few minutes after sunset time. While waiting for the Crows to arrive, minutes after sunset, and starting to have doubts, numerous flight swirls were seen at a distance looking out to the NW, with beautiful sunset sky colors. 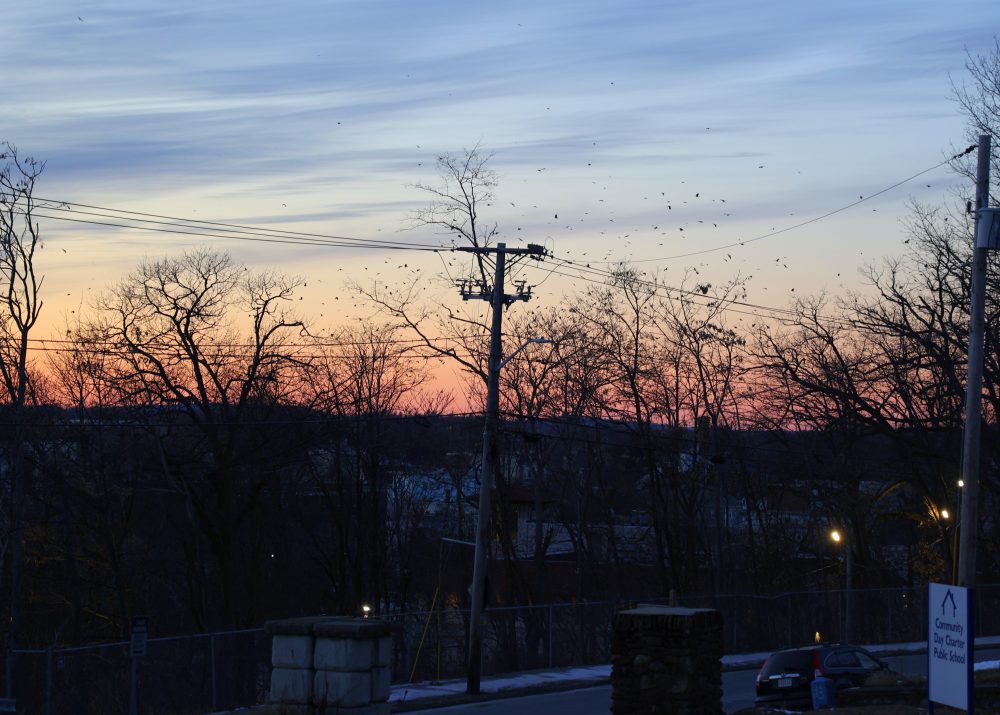 We made a move out, heading north on Prospect Street, and pulling into a church parking lot on Vine Street, about 15 minutes after sunset time. It was clear from the sustained and loud vocalizations that we were in the right spot for the overnight roost. The Crows were landing in the trees located around the rear of the lot, and in nearby trees and rooftops. This image below show the view looking south at the Crows arriving in the general roost area. 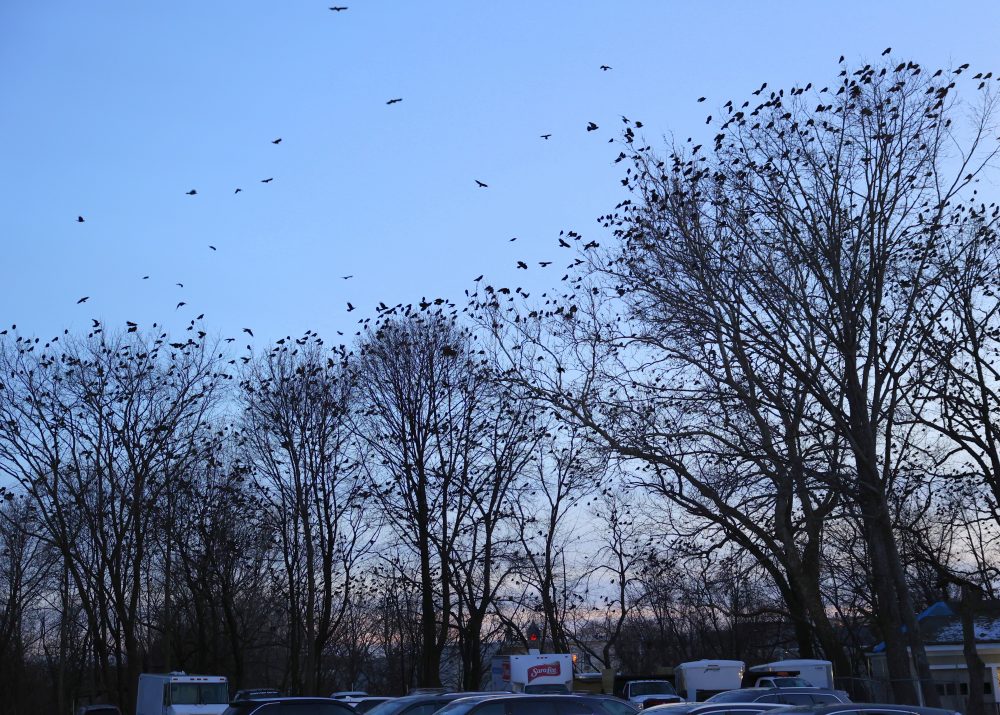 We observed many incoming flight streams with the biggest numbers from the NE and NW. In residential neighborhoods, the Crows will assemble nearby on rooftops, utility wires, and on the ground before heading to the overnight roost. This image below shows a flight burst of Crows a few blocks away about 20 minutes after sunset time. 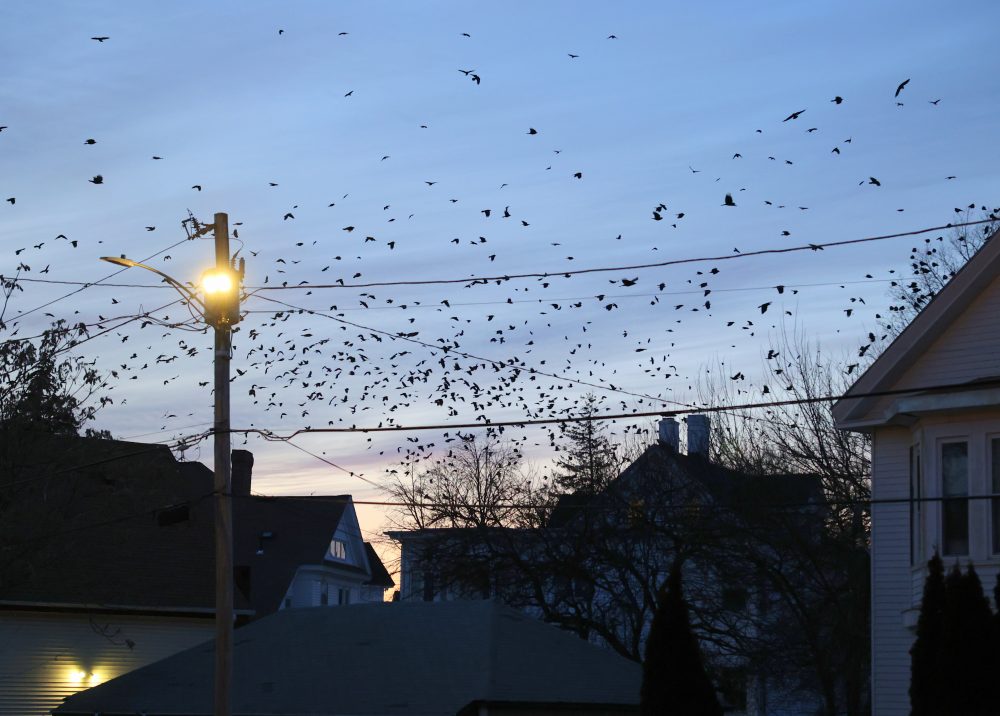 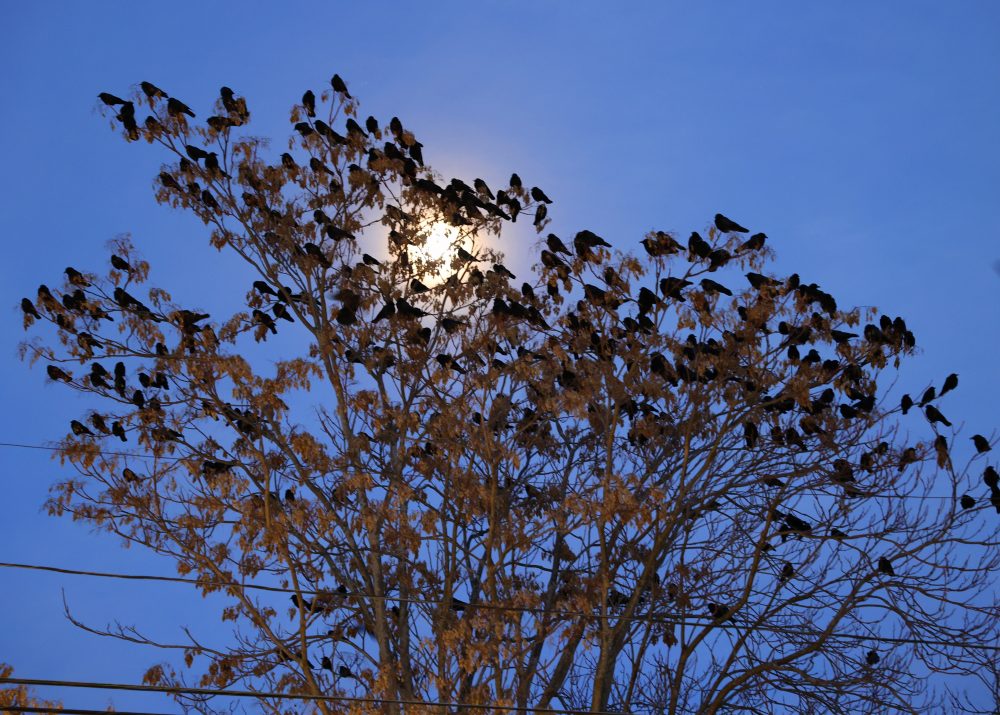 We walked around Scarito Park, while observing the Crows in the tree tops. Scarito Park opened in 2006 and stands today as a shining example of the value that a beautiful, community-designed open space can bring to a neighborhood. It was also the first new park to be completed as part of the new Spicket River Greenway. The Crows were vocalizing loudly and settling into the trees along both sides of the Spicket River and Bloody Brook. According to historians, the name Bloody Brook comes from a terrific battle between two Indian tribes before the arrival of English settlers. As always, there were continuous flight bursts that are dazzling to watch, especially when you see so many birds in flight all at one! Another amazing night on Crow Patrol! 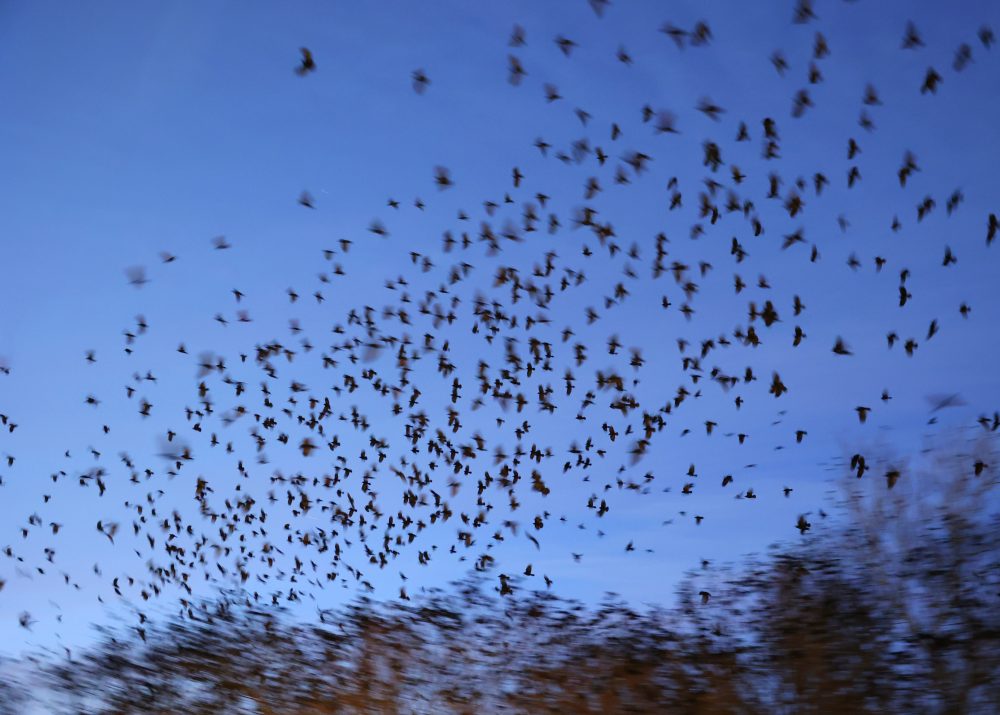