Out on Crow Patrol with initial stops along Merrimack Street near the Casey Bridge, and then up to the top of the McGovern parking garage. Great views looking westward at both the incoming flight stream of Crows, as well as Crows gathering on the ground, railroad tracks, utility wires, and rooftops, including the west end of the B&D Warehouse roof. Moved down to South Canal Street after sunset with over 1500 Crows gathering all along South Canal Street, and the extended nearby area, against a stunning sunset sky! 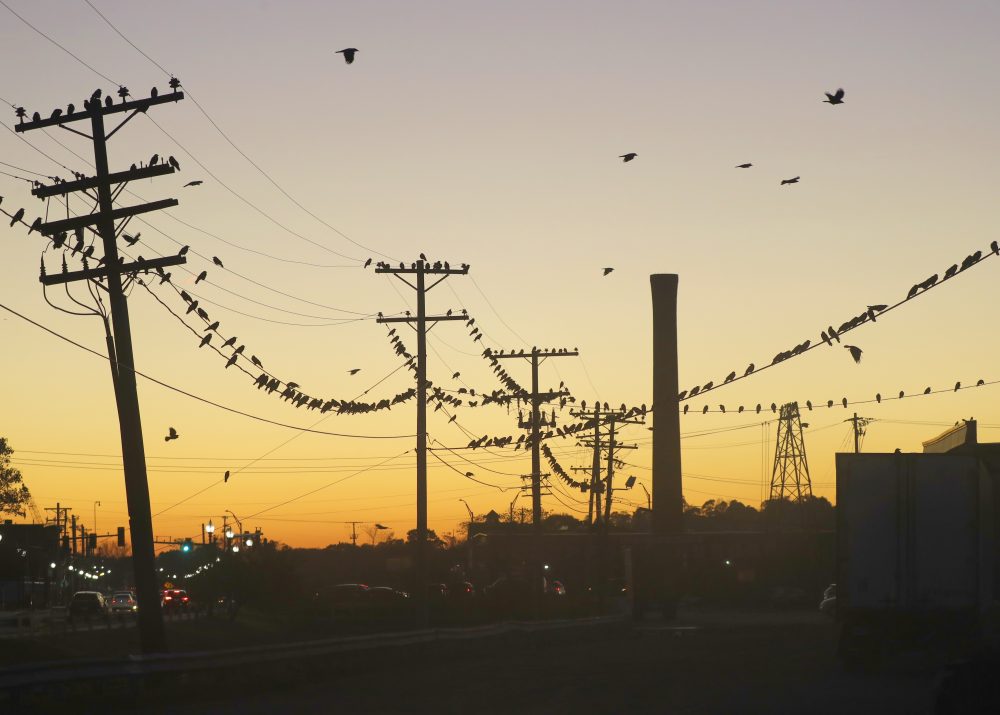 Minutes later the massive flight swirl with over 300 Crows in flight, continued around the extended National Grid substation, the truck depot, the CubeSmart building, and beyond with chaotic flight action and loud vocalizations. 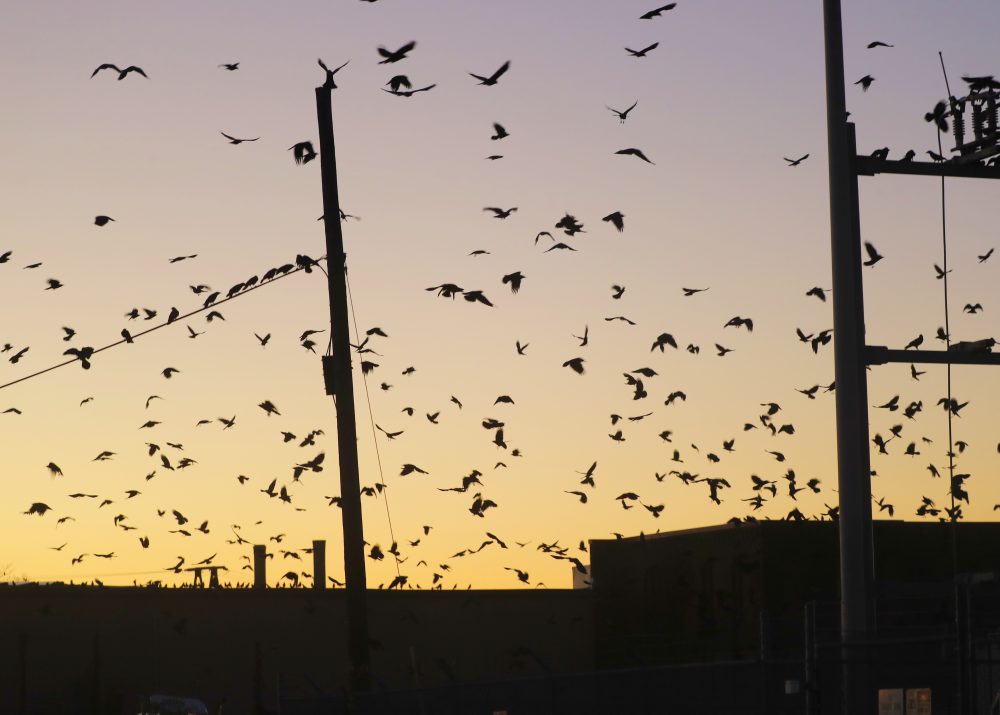 Almost two hours after sunset time, with the dark of night over the Merrimack River, had a chance to observe over 750 Crows roosting in the trees along the river directly behind the truck depot. This terrific night vision image was captured using an infrared camera, infrared illuminator, and a long exposure process. This type of photography for taking photos at nighttime requires using a slow shutter speed. As we explain in our photo guide, the shutter speed is the cornerstone of long exposure photography. When you’re shooting after dark, long exposure photography helps you compensate for the lack of light by opening the camera shutter for a set length of time, based on low level overall ambient lighting conditions, and capturing scenes that your eyes simply can’t see. Because of the back light in this scene from lights along South Canal Street and nearby, the foreground roost area is very dark to the human eye. 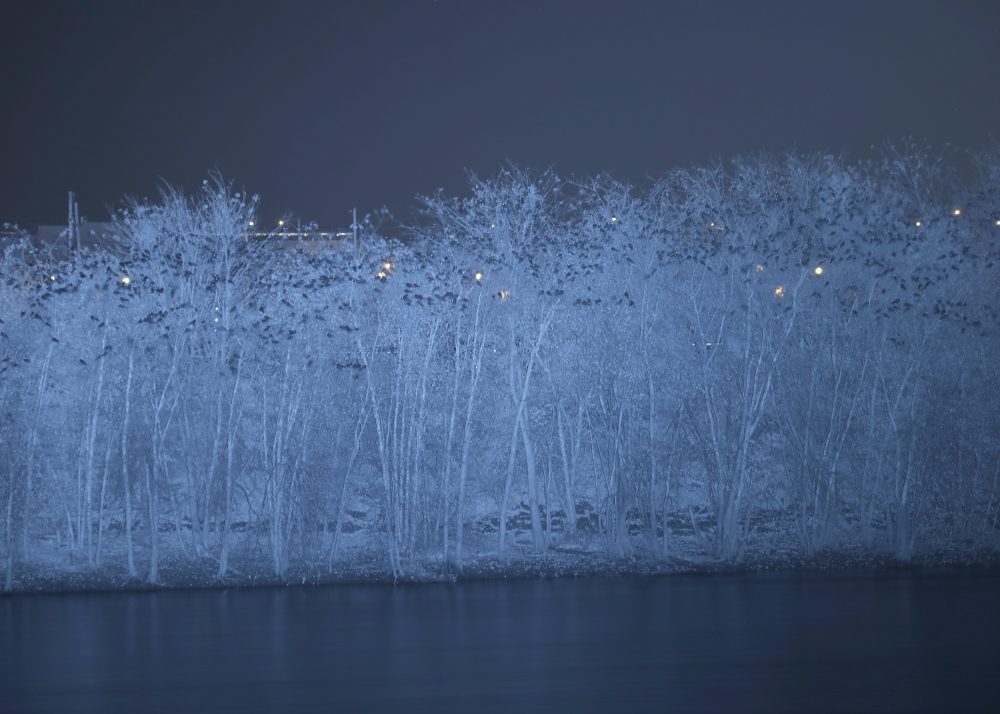 The Crows were still moving around, and making large shifts in specific roosting locations. They tend to cluster together in one or two major spots, and then others fill in around the large cluster in outlying areas. Often times, we’ll hear the very audible shuffle of wing/flight movements, and then see the faint silhouettes moving together in flight action. In this image below, over 1000 Crows moved momentarily to the west, and settled in much closer to the Casey Bridge. 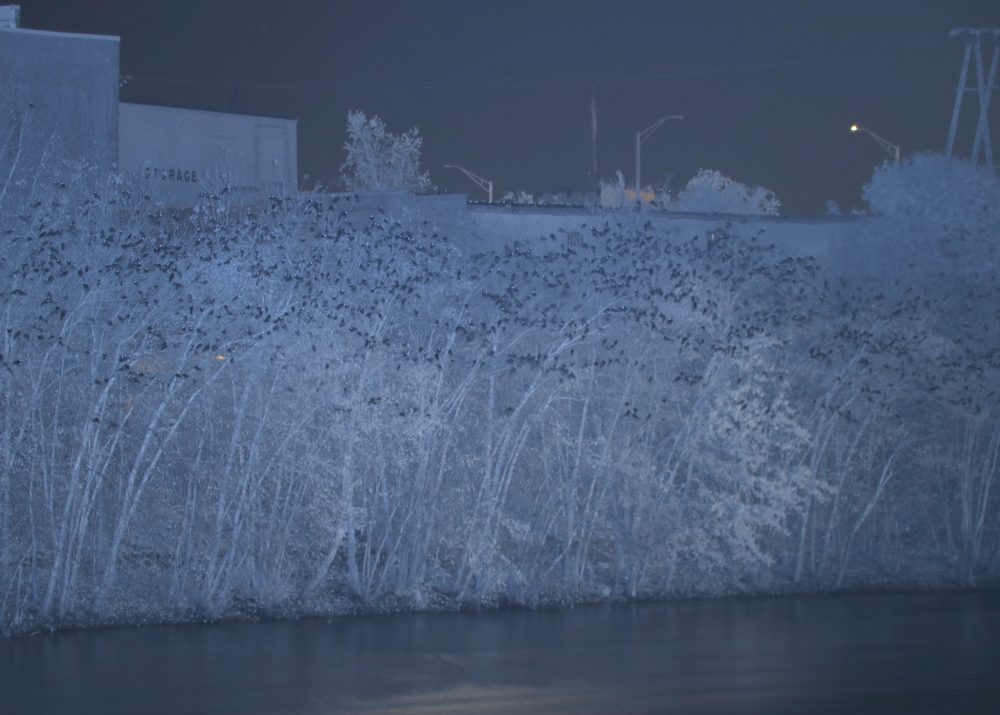 A short time later, moved to the other roost location to observe the Crows in the trees just east of Rt. 495. They were roosting in the same location as later last winter! The canopy is the layer where the crowns of most of the trees along the river meet and form a thick layer. In this image we have an estimate of well over 1300 Crows. Another dazzling Crow show adventure!! 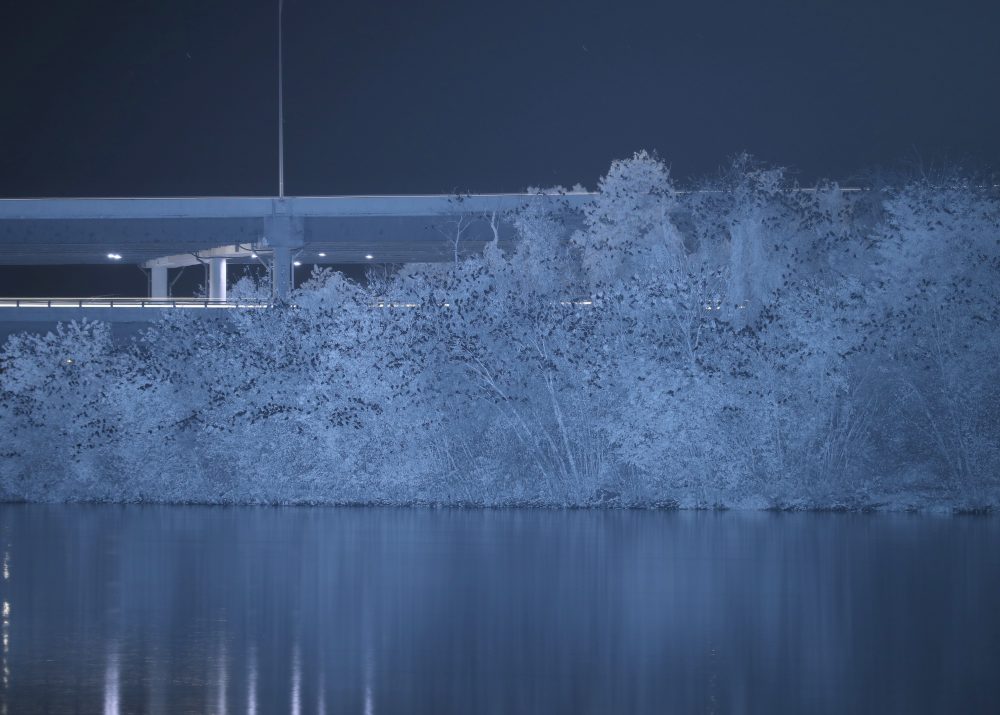